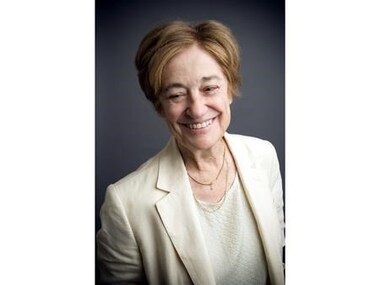 Simon & Schuster, which she joined in 1971, announced that she died “peacefully” at her home in Manhattan. Her death came days after the loss of another Simon & Schuster institution, novelist Mary Higgins Clark, who died last week.

A New York City native, Mayhew edited some of the most notable nonfiction releases of the past half century, including Woodward and Bernstein's landmark Watergate bestseller “All the President's Men," among the first books to broadly investigate a sitting presidential administration; the feminist classic “Our Bodies, Ourselves”; Branch's Pulitzer Prize winning “Parting the Waters” and Goodwin's Pulitzer Prize winning “No Ordinary Time." She also worked with former President Jimmy Carter, Supreme Court Justice Ruth Bader Ginsburg and the historians Stephen Ambrose, Michael Beschloss and David Herbert Donald among others.

“Alice’s loyalty to her authors was so absolute that despite her extraordinary record in publishing and the many offers she received over the years, she repeatedly refused to participate in any form of publicity or recognition for her achievements, never wavering in her conviction that the spotlight should always remain entirely focused on her authors," Simon & Schuster CEO Carolyn Reidy wrote Tuesday in a company-wide memo.

One of her longest partnerships was with Woodward, starting with “All the President's Men," continuing through his 2018 bestseller about the Trump administration, “Fear,” and a planned second book on the Trump years, expected this fall. In a telephone interview Tuesday, Woodward told The Associated Press that he and Mayhew last spoke about 10 days ago.

“We were going through some of the information and ideas we had for the new book. We were on track,” Woodward said. “At one point, she said, ‘Can I look at what you have now?’ And I said, "Alice, you always say, “Never send anything from a book until it's at least half done." And she said, “I know, but I really want to look at it.'”

Along with her many successes, Mayhew was involved with publications that were challenged and even withdrawn. In the early 2000s, books by Goodwin and Ambrose were found to contain extensive lifting of material without proper credit, leading to the cancellation of Goodwin's “The Fitzgeralds and the Kennedys.” Last year, Mayhew edited “Merchants of Truth,” by former New York Times executive editor Jill Abramson, a media critique that also included passages not fully credited.