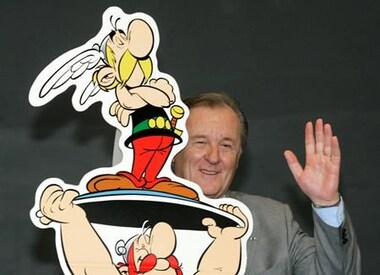 Albert Uderzo, a creator of French hero Asterix, dies at 92

PARIS — Albert Uderzo, one of the two creators of the beloved comic book character Asterix, who captured the spirit of the Gauls of yore and grew a reputation worldwide, died on Tuesday. He was 92.

The French press quoted family members as saying that Uderzo died of a heart attack in the Paris suburb of Neuilly.

Asterix, portrayed as a short man always wearing a helmet with wings, was created in the early 1960s by Uderzo and Rene Goscinny. The character lived in a village in Gaul, present-day France, resisting Roman conquerors, along with his plump, inseparable friend Obelix.

“Albert Uderzo died in his sleep at his Neuilly home of a heart attack with no links to the coronavirus,” the French press quoted his son-in-law, Bernard de Choisy, as saying. “He had been very tired for several weeks.”

A spin-off theme park outside Paris draws tens of thousands of fans of the iconic resistance hero and his mighty sidekick, Obelix.

The "Lost Cause" stage
See all
Having trouble writing an obituary? Try our free interactive obituary template.

Mourning in Isolation: How to Handle Funerals, Grief and Condolences During Covid-19

Adjusting our cultural practices to the new reality of Coronavirus 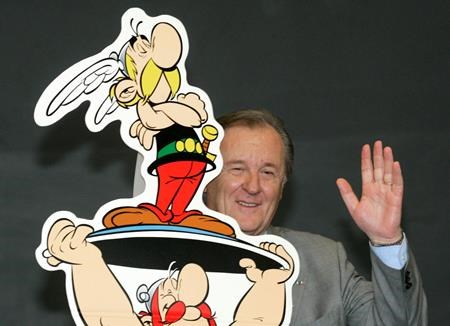