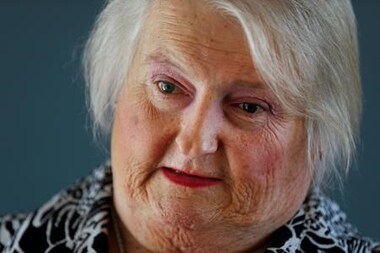 DETROIT — A Detroit-area woman who was fired by a funeral home after she no longer wanted to be recognized as a man died Tuesday before the U.S. Supreme Court could rule on whether federal civil rights law protects transgender people.

Aimee Stephens' death was announced by the American Civil Liberties Union, which represented her in a lawsuit against R.G. and G.R. Harris Funeral Home.

Stephens, 59, had kidney disease and was in hospice care. She was in a wheelchair when the court heard arguments last fall.

“Aimee did not set out to be a hero and a trailblazer but she is one, and our country owes her a debt of gratitude for her commitment to justice for all people and her dedication to our transgender community," said Chase Strangio, a member of Stephens' legal team.

Her wife, Donna, thanked the public for “keeping my best friend and soulmate in your thoughts and prayers.”

Stephens, a native of North Carolina, worked as an embalmer and funeral home director at Harris funeral home in Garden City. She was fired in 2013 when she told her boss that she wanted to be known as Aimee, not Anthony, and would report to work wearing a conservative skirt suit or dress.

Thomas Rost said Stephens’ appearance would be a distraction for grieving families.

“I felt what they did to me wasn’t right. In fact, it was downright wrong,” Stephens told The Associated Press last year. “But I also realized it wasn’t just me, that there were others in the world facing the same tune.”

The issue for the Supreme Court is whether federal civil rights law, which bars job discrimination on the basis of sex, protects transgender people. Some courts have read the language to include bias against LGBT people as a subset of sex discrimination. A decision is expected by late June.

More than half the states do not prohibit discrimination in employment because of gender identity or sexual orientation, despite the Supreme Court’s 2015 ruling that made same-sex marriage legal across the United States.

Rost expressed condolences to Stephens' family in a statement from attorney John Bursch.

“We pray that God’s love and presence will comfort them in this difficult time,” Bursch said. 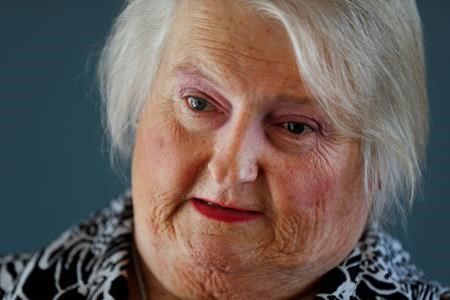