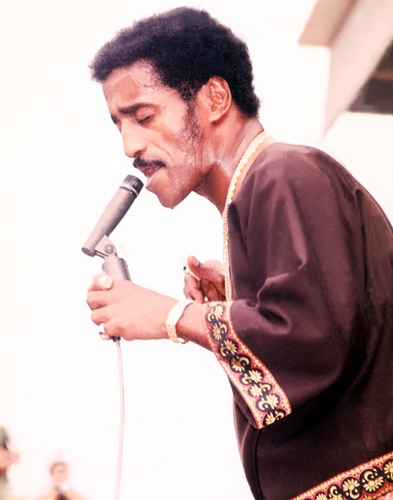 Sammy Davis Jr. is one of the best-recognized entertainers of the 20th century. With a career than spanned five decades and numerous industries, Sammy knew how to captivate an audience. He was a true triple-threat in singing, dancing and acting. His flair for multiple forms of performance propelled his career from vaudeville to Broadway—and on to be one of the most famous entertainers of all time. We're honoring Mr. Show Business himself in this month's Dash from the Past.


Sammy Davis Jr. was destined for stardom from the time he learned to walk. He was born in Harlem late in 1925 to vaudevillians Sammy Davis Sr. and Elvera Sanchez. Vaudeville was a popular multi-disciplinary type of theatrical entertainment from the mid 1800s until the 1930s. Comedic, flashy and provocative, vaudeville together entertainment disciplines like singing, dancing, acting and burlesque.

Both parents were worked with the Will Mastin Troupe. Sammy's father and Will Mastin were especially close. Young Sammy joined his parents in performance at the age of three, and considered Mastin to be his uncle.


Not long after, Elvera and Sammy Sr. separated. Recognizing the talent of young Sammy, father, son and uncle hit the road as a new group, The Will Mastin Trio. By age five, Sammy Davis Jr. was touring the country as a troupe regular.


As a vaudeville performer, Sammy was a top-notch dancer from an extremely young age. His natural knack for entertaining meant that he was already winning awards in dance by the time he was eight years old. Traveling nationwide with the Will Mastin Troupe brought Sammy exposure to entertainment moguls. By 1933, Sammy had already starred in two movies: Rufus Jones for President and Seasoned Greetings.


Sammy loved being in the spotlight and had the natural talent to go far. But life on the road had its pitfalls.


As a result of Sammy's busy schedule that involved constant practice, travel and performances, he couldn't attend school regularly. Though Sammy Sr. tried to educate his son by hiring private tutors, their touring schedule and financial constraints left him with academic abilities that were, at best, patchy. Nearly illiterate until he was 18 years old, the most advanced reading he could manage was comic books. However, that all changed when Sammy Davis Jr. joined the army.


From the time he was three years old, all Sammy knew was entertaining. His earliest memories were of being on the stage performing for adoring audiences. However, in 1941 the United States entered the fray of World War II. 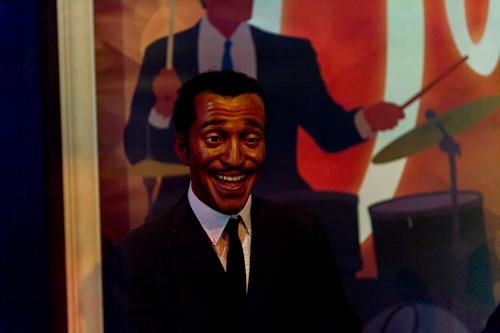 He enlisted in 1943, and his world changed overnight. As a mixed-race soldier, he met the harsh reality of a racist mid-20th century America. While growing up in the spotlight, his father did his best to shelter him from racism by brushing off prejudiced comments as jealousy. Without this protection, Sammy Davis Jr. was gobsmacked by the racism attitudes of fellow soldiers. Suddenly alone, vulnerable and outnumbered, he fell back on his one advantage—his charisma.


"Being a star has made it possible for me to get insulted in places where the average Negro could never hope to go and get insulted."


Despite the racism he endured in the military, Sammy formed a bond with a fellow soldier, who taught him how to read and write in their spare time. Sammy was transferred to an entertainment regiment, and away from his friend. Armed with this important life skill, he finally accounted for the lack of scholarly attention in his childhood.

In his new regiment, Sammy discovered how he could ease the racial tension between himself and the other soldiers: through performance. There, the pressure of of race was lessened under the obvious charm and talent of the seasoned entertainer. He found that white soldiers were more tolerant of Sammy's skin color when he was putting on a show for them. Finding solace and joy in the entertainment regiment of the army is truly what carried Sammy through his deployment.


During a trip from Las Vegas to Los Angeles, Sammy nearly lost his life in a car accident. Though he survived, his left eye did not. He was fitted with a prosthetic eye, and was back performing on stage within months. This accident led to a spiritual awakening, and by 1961 Sammy Davis Jr.'s had converted to Judaism.


After his service, Sammy immediately rejoined The Will Mastin Trio and began performing in celebrity-packed venues across the country.


"You always have two choices: your commitment versus your fear."


By the the mid-1950's, he'd outgrown the trio and decided to expand his repertoire in show business. Sammy broke from The Will Mastin Trio and launched his solo career. He signed to Decca Records, and  released two albums in 1955, Starring Sammy Davis Jr. and Just for Lovers.

Sammy appeared on a very memorable episode of All in the Family in 1972. It it, he tricks Archie Bunker (a notoriously lovable bigot) by kissing him on the cheek during a photograph. The episode became famous for the interracial same-sex smooch, winning the show two Emmys for the provocative bit.


In 1959, Sammy Davis Jr. joined the legendary Rat Pack. The Rat Pack was a collection of friends who performed together in the 60s Las Vegas Casino scene. 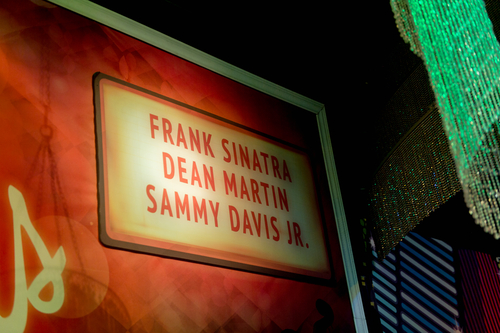 "What have I got? No looks, no money, no education. Just talent."


The group changed throughout the years, with visiting members often filtering in and out of the clique. By the 1960s the group had five core members. Led by Frank Sinatra, the Rat Pack included Dean Martin, Peter Lawford, Joey Bishop, and Sammy Davis Jr. However, this group of effervescent entertainers did not refer to themselves as the Rat Pack, preferring the to be called the Summit or the Clan. As a posse, they carried the reputation of being womanizers and drinking too much.

"The success of the Rat Pack or the Clan was due to the camaraderie, the three guys who work together and kid each other and love each other."


Together, they made many successful movies together, including Ocean's 11 (1960) and  Robin and the 7 Hoods (1964). During this heyday, Davis continued to records albums, perform on Broadway, make films, appear on television, entertain celebrities—and carouse.


He was married three times, with affairs and racism oft coming between Sammy and his relationships. He was known for being involved with white women, which defied all expectations in the Pre-Civil Rights climate of America. Despite physical threats, Sammy was noted for staying cool under the immense pressures of racism.


"The civil rights movement wasn't easy for anybody."


Sammy was not a notable source of civil rights messages or activism, but donated generously and often to efforts for equality. Having experienced—and overcome—endless discrimination himself, it was an issue that was close to the bone for the entertainer.


Though he was a card-carrying Democrat, Sammy struck up a close friendship with Richard Nixon, vocally supporting him before and during his presidency. Nixon invited Sammy and wife Altovise to stay at the White House, which was the first time an African-American couple received this honor. He'd been previously snubbed by President John F. Kennedy, despite campaigning for him emphatically. He was not permitted to perform for his inauguration ceremony, out of fear of angering southerners.

Davis often joked about himself as being a tragic cross of the most marginalized groups: Jewish, black, Puerto Rican, disabled and broke. Though he earned enough to live a life of luxury, he was often hard up for cash.


"I had more clothes than I had closets, more cars than garage space, but no money."


He consistently spent as much as he earned, ultimately leaving behind more debt than assets.


A consummate entertainer, he continued performing up until his cancer diagnosis in 1989. Sammy Davis Jr. passed away on May 16, 1990, after a short but valiant battle with throat cancer. 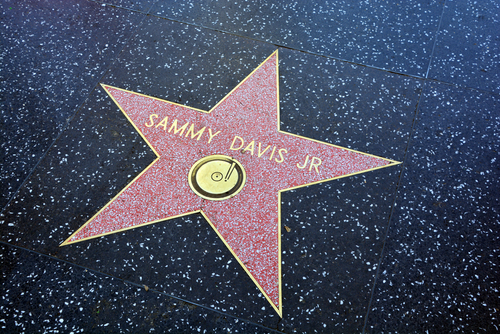 He is remembered for his multi-faceted entertainer, a steadfast survivor and one of the most original celebrities to grace Hollywood.

The "No" Stage
See all
Your loved one had a remarkable life. Tell their story, and we’ll publish it online for free.