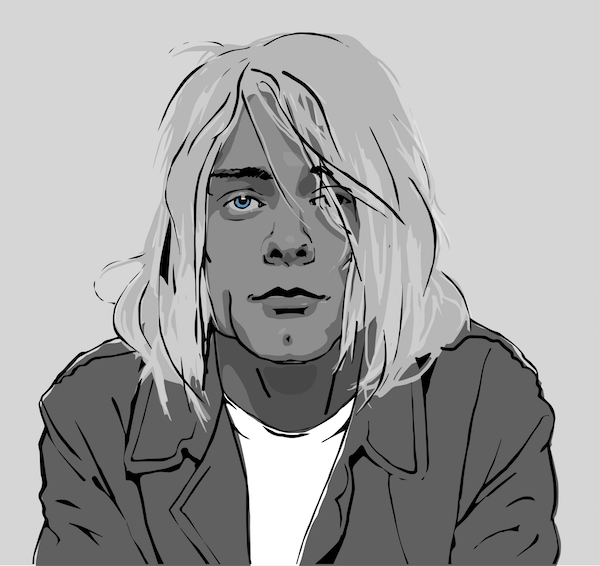 Twenty-five years ago, Kurt Cobain was found in his home by a hired electrician, dead by an apparent suicide. A note nearby exalted his love for his grungerocker wife, Courtney Love, and young daughter Frances. His death became a controversial topic, and the center of one of the greatest conspiracy theories in rock 'n' roll history. Today we are exploring the dash of the influential, enigmatic Kurt Cobain.


He was a bright, sensitive child with an early aptitude for music and drawing. At four he played the piano well enough to write his own little ditties. He was identified in kindergarten as a musical child. 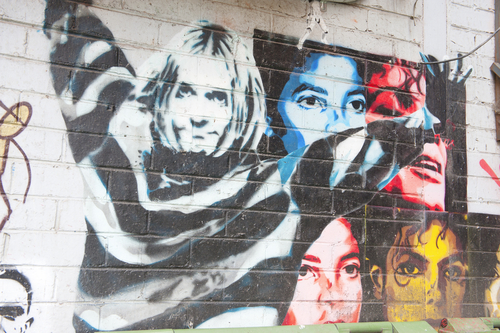 "My mother encouraged me to be artistic. It was written in a contract at an early age that I would be an artist." - Kurt Cobain


Wendy and Donald's marriage was a turbulent one, and ended in divorce when Kurt was nine years old. The split affected the young boy, leaving him ashamed of his family and angry. He lived with his father and later, his new stepmother. This living situation deteriorated to the point that Kurt left in 1982 to live with various family members.


During this time, an uncle gifted him the choice between a bicycle and a used guitar, giving him a new medium for expressing his creativity and inner turmoil. He began to play with others, forming the band Fecal Matter. His newfound appreciation for punk rock, unstable living arrangements and experimentation with alcohol and drugs contributed to minor run-ins with the law. He identified more and more as a misfit, and fell into recurring states of deep depression.

"It's better to burn out than fade away." - Kurt Cobain


"Wanting to be someone else is a waste of the person you are." - Kurt Cobain


Cobain started a band with a new sound in 1988. Nirvana would become one of the best-known groups in rock history, and the most important grunge band of all time. But in the late 80s, Nirvana struggled to find its audience and survive with low turnouts at their shows.


"I would like to get rid of the homophobes, sexists, and racists in our audience. I know they're out there and it really bothers me." - Kurt Cobain


During this time, Kurt made connections with other bands in the emerging grunge scene, like Sonic Youth and the Melvins.


With the release of "Smells Like Teen Spirit," everything changed for the group. Nirvana shot to sudden fame, with people speculating that Cobain was one of the most important songwriters of his generation.

Nirvana's grunge style changed the emerging genre with its sensitive, intellectual lyricism and abrasive sound. As the band leader, Cobain rejected authority and often appealed to fans who felt themselves to be outsiders. 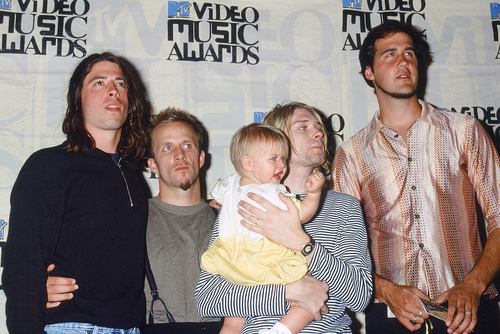 As his band shot to superstardom, Kurt increasingly resented his fame. It left him disillusioned, despondent and even more depressed.


Kurt Cobain's legacy as a rockstar is forever tied to his relationship with the lead singer of Hole, Courtney Love. The two met in 1990, and married in 1992 and later that year gave birth to daughter Frances Bean. 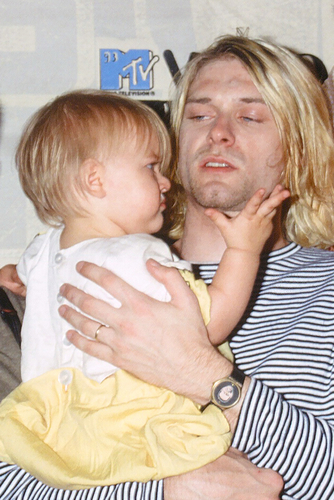 "Throughout my life, I've always been really close with girls and made friends with girls. And I've always been a really sickly, feminine person anyhow, so I thought I was gay for a while because I didn't find any of the girls in my high school attractive at all." - Kurt Cobain 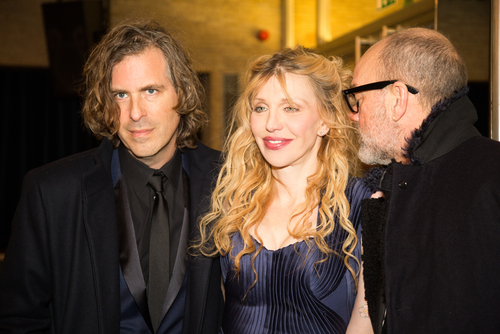 Like his parents, Kurt and Courtney's marriage was tempestuous. They used drugs together, fought often and had to battle for custody of Frances after Courtney admitted in an interview to using heroin while pregnant.

"Drugs are a waste of time. They destroy your memory and your self-respect and everything that goes along with with your self-esteem. They're no good at all." - Kurt Cobain


This would become an iconic dysfunctional rock 'n' roll relationship, fuelled with passion and heroin.


Suicide and discovery of Cobain


By 1994, Cobain's drug abuse and depression had worsened. He attempted suicide in March, but Courtney called an ambulance in time to prevent a fatal overdose.


"If you die you're completely happy and your soul somewhere lives on. I'm not afraid of dying. Total peace after death, becoming someone else is the best hope I've got." - Kurt Cobain


The weeks that followed included an intervention for Kurt, a short stint in rehab and an abrupt checkout. He became increasingly isolated, often getting high alone.

On April 5th, Kurt Cobain used a shotgun to end his life, at the age of 27. His body was in living quarters above a garage at the Seattle home he shared with Courtney Love. A note with a pen stuck through it was found in a nearby flower pot, explaining his decision.

Fans began to doubt the veracity of the suicide story almost immediately after the announcement of Cobain's death.


Many have speculated that the grunge king's death was actually a murder. Inconsistencies in the police report, claims from loved ones that Kurt wasn't suicidal at the time of his death, and other disparities reported led to a variety of conspiracy theories.


People pointed to the level of heroin in his body at the time of death as a reason to doubt the suicide. Experts have stated that no one with that level of heroin could maneuver that size of shotgun enough to successfully shoot himself. Indeed, the awkward angle of the shotgun, as well as the lack of fingerprints on the firearm are points of dispute in the case.


With the lights out, it's less dangerous,


Here we are now, entertain us.


I feel stupid and contagious,


Here we are now, entertain us.


A 1994 docu-series Kurt Cobain Was Murdered and the 2015 documentary Soaked in Bleach furthered ideas that a conspiracy occurred with regards to Cobain's suicide. Many believe that Kurt's death was a murder plot by Courtney Love, who hired an assassin upon discovering his plans to divorce her. They also consider his overdose attempt a month prior to his death, a first failed attempt by Courtney Love. 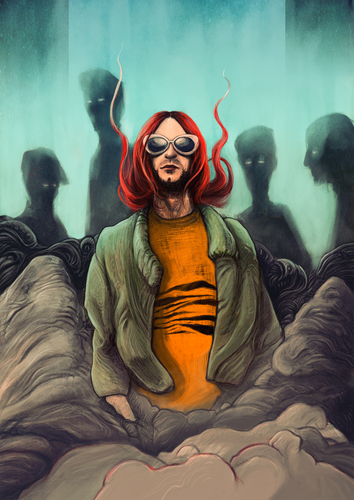 The true circumstances of Kurt Cobain's death remain a mystery to this day. However rampant the conspiracy theories may be, most critics believe the official version supported by the Seattle Police Department: that Cobain died of a self-inflicted gunshot wound.


Many creative geniuses have died at the age of 27. Though many famous people had met their early demise at the age of 27, including music icons like Jimi Hendrix, Jim Morrison and Janis Joplin. Kurt's death made the '27 Club' a culturally recognized phenomenon.


Kurt Cobain's legacy lives on in his music, because of (and in spite of) the conspiracy theories about his death. Courtney Love separated Kurt's ashes, scattering some and keeping a portion for herself.

Two wooden benches near the home where Cobain died exist as a memorial to the grunge rocker. Fans travel to Seattle to visit the memorial, light a candle in his honor and pay tribute to the star who inspired generations of misfits.

Picking a date that works for mourners
See all
Your loved one had a remarkable life. Tell their story, and we’ll publish it online for free.