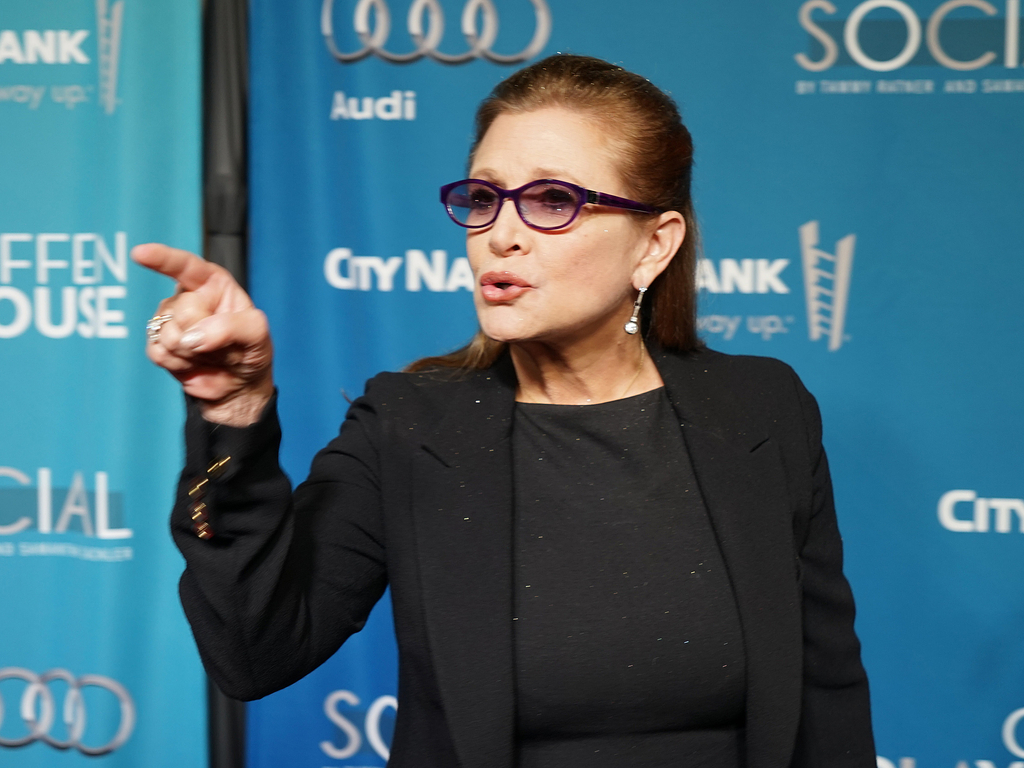 The year 2016 brought an onslaught of celebrity and notable deaths. Still reeling from the loss of greats like Alan Rickman, David Bowie and Prince, the world learned of a medical emergency aboard a flight heading from London and destined for Los Angeles. On that plane, Carrie Fisher was having a massive heart attack. We waited for news with bated breath for four days, until she finally succumbed to death on December 27th. In this month's Dash from the Past, we are celebrating the life and achievements of the witty, talented—and irreverent—Carrie Fisher.


"I am truly a product of Hollywood in-breeding. When two celebrities mate, someone like me is the result."


As a child, Carrie was an avid reader and writer. She left high school at 15 to pursue roles on Broadway. At 18, Carrie Fisher landed her first film role, in the 1975 comedy Shampoo. Though it was not a large part, it was a memorable and edgy performance that catapulted her into more powerful and sexy roles.


A galaxy far, far away


With the release of Star Wars, Carrie Fisher became an overnight star. The low-budget sci-fi by George Lucas exploded in 1977, with audiences amazed by both the special effects and engaging narrative. What followed was an explosion of sequels and prequels, which became the ultra-successful Star Wars franchise. 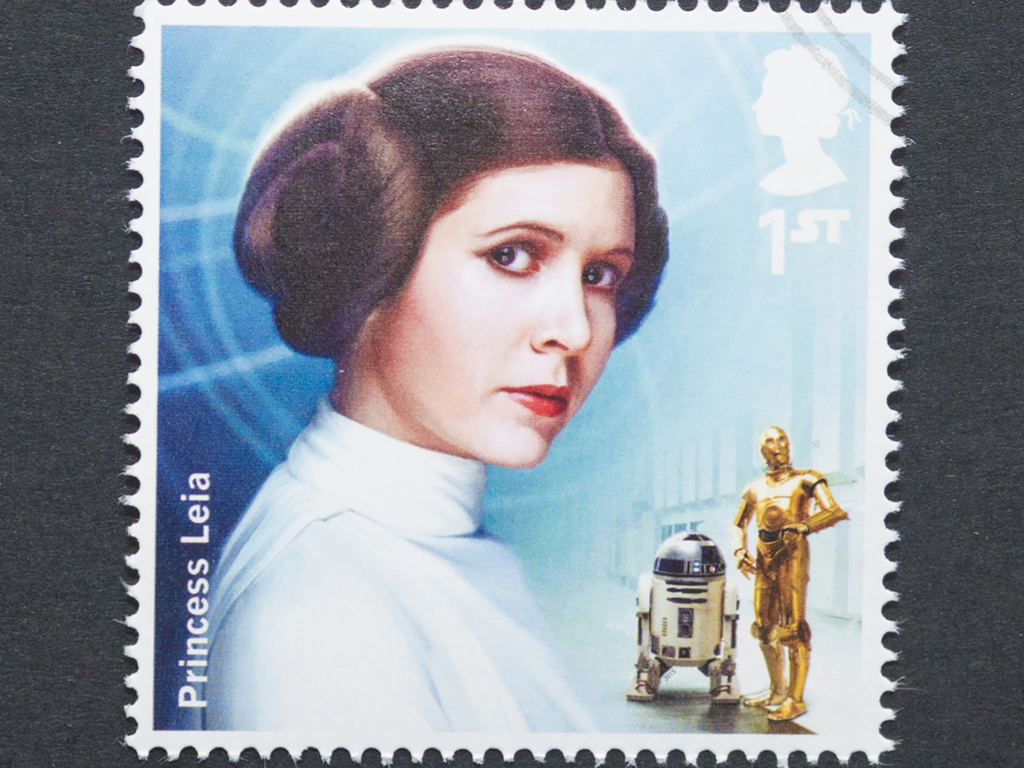 Did anyone understand the cultural impact that Star Wars would have? Fisher said she always did.


"People are still asking me if I knew Star Wars was going to be that big of a hit. Yes, we all knew. The only one who didn't was George."


This success inspired a movement of self-proclaimed geeks. Fandoms were born—not only within the world of Star Wars, but for new cult classics. Suddenly, it was cool to be a nerd. As Princess Leia, Carrie Fisher embodied strength, sexiness and spirit in resistance against the Empire's dark side. This combination of powerful characteristics was so unique at the time, Carrie Fisher became a feminist icon, unashamed of her force.


Carrie Fisher continued her role as Leia in The Empire Strikes Back (1980), and Return of the Jedi (1983). In the most recent Star Wars revival, she reprised the role of Leia in Rogue One: A Star Wars Story (2016). She then appeared as the mature, hardened General Leia Organa in Star Wars: The Force Awakens (2015) and Star Wars: The Last Jedi (2017), in which she appeared posthumously.


Carrie Fisher frankly battled bipolar disorder and drug abuse in the public eye. She was not afraid of her mental illness. Dealing with herself was a daily battle, but of that battle she had much to say.


Sick of the shame associated with mental illness, she unabashedly discussed her electroconvulsive therapy on The Late Late Show with Craig Ferguson. She frankly discussed her mental health with everyone, from talk-show hosts to fans.


Fisher was candid about her history of overdosing, recovering and relapsing. She admitted to using cocaine during the filming of The Empire Strikes Back. Her admissions, no matter how shocking, were realistic and brazen. Where many celebrities began to confess their struggles in tell-all magazine features, with apologies and promises of reform, Carrie Fisher was consistently outspoken about her struggles. She knew people were judging her—and just didn't care.


This attitude helped Carrie Fisher acquire a new and unexpected following. Those who were also battling mental illness and addiction rallied around her irreverent, witty and often dark descriptions of her lowest points. To this day, her mocking approach to bipolar disorder and addiction inspires those who face the same issues.


Carrie Fisher wrote autobiographically in both her fiction and nonfiction works. In total, she produced several screenplays, published eight books, and adapted Wishful Drinking into a stage play.


In Wishful Drinking she humorously recounted tales of growing up in Hollywood, making Star Wars and becoming famous. 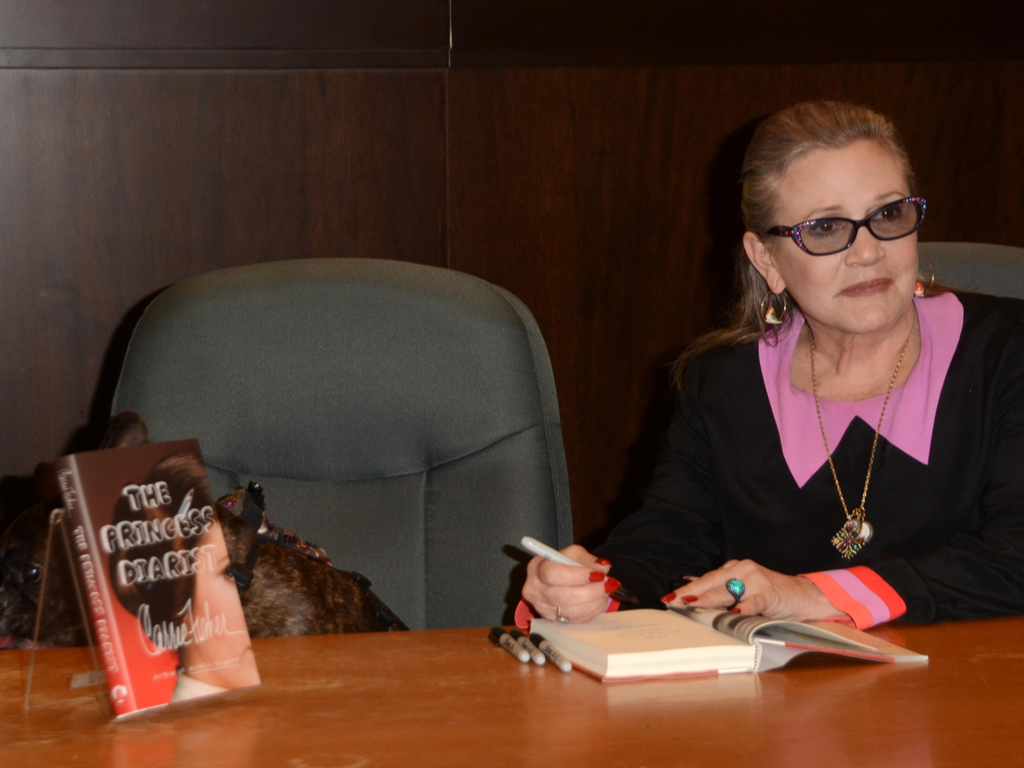 The Princess Diarist was her final work, released just five weeks shy of her death. In it, she exposed her less-than-just-professional relationship with Star Wars co-star Harrison Ford. It was to be the final scandal of her joyfully scandal-plagued life.


Of the many personal topics that were not out-of-bounds, Carrie Fisher's contentious relationship with her mother was frequently in the spotlight. The bond between the two was strong, but fraught with complications. Carrie wrote about it in her novel Postcards from the Edge. The book was made into a movie, with a Carrie-inspired role portrayed by Meryl Streep. 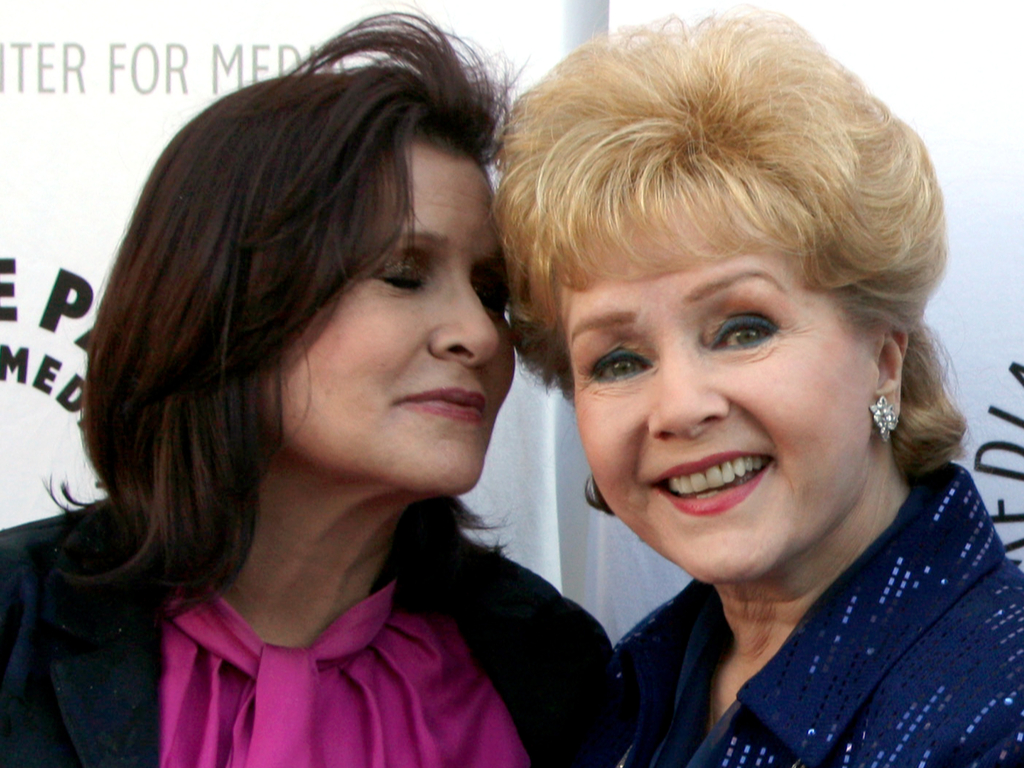 In more recent years, the two appeared to conquer their complex relationship, becoming closer than ever.


Debbie Reynolds passed away one day after her daughter, on December 28th, 2016, at the age of 84. The death doubled down on the tragedy that had occurred, and forever linked mother and daughter together in death as well as life. 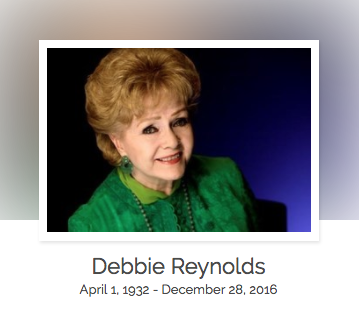 Her daughter, Billie Catherine Lourd, is a talented actress in her own right. The memory and accomplishments of her mother and grandmother carry on in her work on projects such as American Horror Story and Scream Queens. 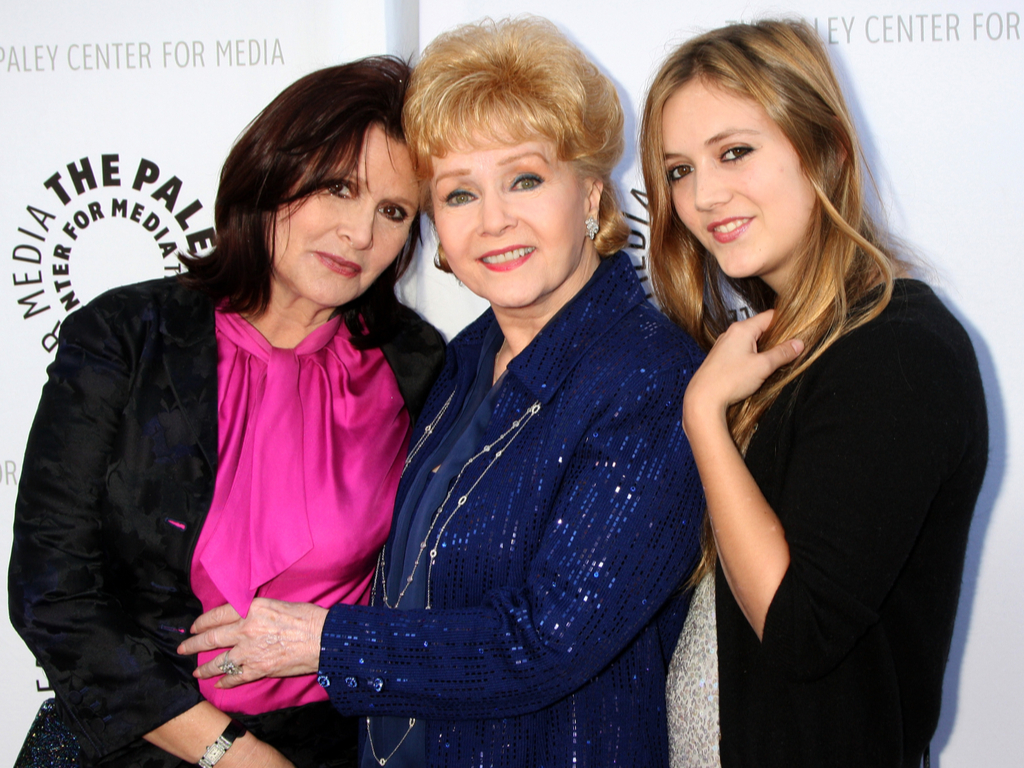 
"You know what's funny about death? I mean other than absolutely nothing at all? You'd think we could remember finding out we weren't immortal. Sometimes I see children sobbing at airports and I think, 'Aww. They've just been told.'"


Among other dark subjects, Carrie Fisher discussed death—including her own. In Wishful Drinking, Fisher recorded her final wish for her own obituary. It was inspired by an interaction she had with George Lucas during the filming of Star Wars.


"Anyway, George comes up to me the first day of filming and he takes one look at the dress and says, "You can't wear a bra under that dress."


And he says, "Because...there's no underwear in space."


I promise you this is true, and he says it with such conviction too! Like he had been to space and looked around and he didn't see any bras or panties or briefs anywhere. Now, George came to my show when it was in Berkeley. He came backstage and explained why you can't wear your brassiere in other galaxies, and I have a sense you will be going to outer space very soon, so here's why you cannot wear your brassiere, per George. So, what happens is you go to space and you become weightless. So far so good, right? But then your body expands??? But your bra doesn't—so you get strangled by your own bra. Now I think that this would make a fantastic obit—so I tell my younger friends that no matter how I go, I want it reported that I drowned in moonlight, strangled by my own bra." 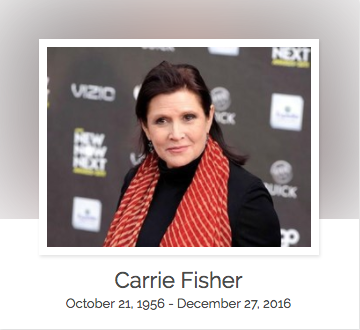 
Carrie Fisher suffered a medical emergency on a plane bound for Los Angeles on December 23rd, 2016. She was rushed to the hospital, but ultimately passed away at the age of 60.


Following an autopsy, it was reported that she had several drugs in her system at the time of her death, including cocaine.


The cause of death is said to be that she drowned in moonlight, strangled by her own bra.