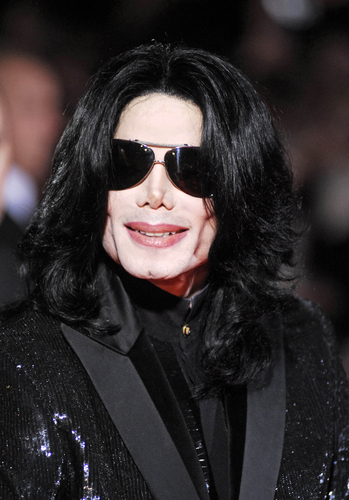 Nine years ago today, the world lost Michael Jackson, the King of Pop—and pop culture. He was a force onstage, a cultural trailblazer and an enigmatic figure that always left fans wanting more. His tragic death in June of 2009 was an unexpected tragedy. In today's Dash from the Past, we're remembering Jackson's career triumphs, impact on the world of music and the twist of fate that ended his life too soon.


Michael Jackson was born on August 29, 1958, in Gary, Indiana. He was the eighth of ten children born to parents Joseph and Katherine Jackson. From the age of five, Michael performed as the lead singer of the Jackson 5, along with his brothers Jackie, Tito, Marion and Jermaine. 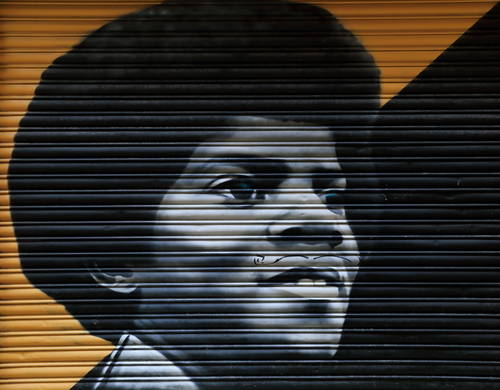 Though he was the youngest of the five, his father recognized early talent and pushed him to perform. Joe worked young Michael for hours and demanded perfection, often criticizing Michael's appearance. As an adult, Michael alleged that his father abused him during rehearsal, holding a belt in his hand as he watched the boys sing and dance.


Despite the sinister conditions at home, the Jackson 5 shot to stardom almost overnight. By 1967 the group was booking professional gigs and signing with a record label. Their first Top 40 single, "I Want You Back" was a massive hit, garnering sudden attention and record deals. After its 1969 release, the band went on to release a string of hit singles the following year, including "The Love You Save," "ABC," "I'll Be There" and "Mama's Pearl." 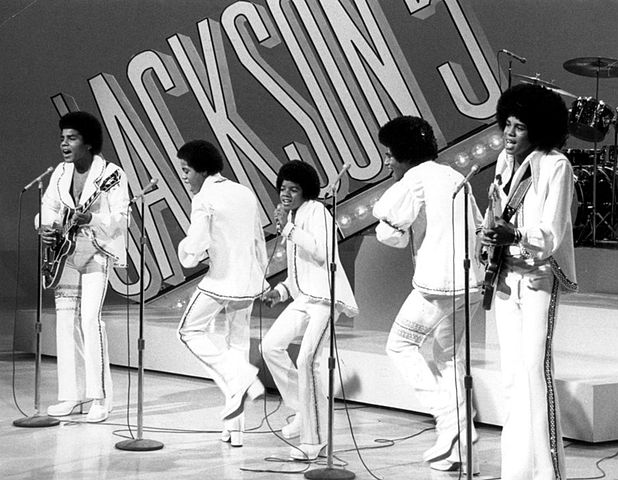 The Jackson 5 was one of the first African-American bands to attract caucasian fans as readily as black ones. Audiences adored the five brothers, and little Michael's high-pitched voice and jaunty dance moves. The songs they performed were often written with much older artists in mind. "I Want You Back" told the story of a lover who regretted ending a relationship too soon. The material was far more mature than the eleven-year-old that embodied messages of lost love. 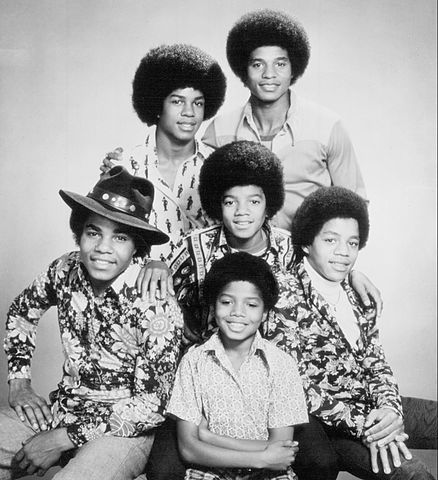 
In late 1982, Michael Jackson released one of the most iconic albums of all time. Thriller is the world's best-selling album, and won a staggering eight Grammy Awards in 1984. This groundbreaking album included timeless hits such as "Beat It," "Billie Jean," and the title track "Thriller."

On December 2, 1983, Michael Jackson released the "Thriller" music video. The 14-minute film changed the course of music history, bringing the practice of recording videos for hit single songs into the mainstream. It was the first time a music video combined filmography with song to tell a story beyond the content of the song. Fans loved the new art form, and the rest is music video history.

The Moonwalk and dance innovation


"Billie Jean" told the story of Jackson's issues with fans, particularly false allegations of paternity. This song was a driving force behind Thriller's popularity. On March 25, 1983, Jackson debuted the moonwalk on Motown 25: Yesterday, Today, Forever. Prior to this performance, Jackson was already known as a skilled and innovative dancer, but the first moonwalk cemented his legacy as a pioneer of movement.

But that wasn't the only time he would defy gravity through dance. In 1987, he released Bad, an album full of quintessential Michael Jackson hits, such as "The Way You Make Me Feel," "Dirty Diana," "Man in the Mirror," "Smooth Criminal," as well as the title track "Bad." 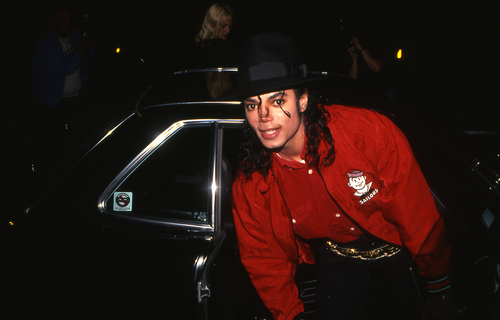 The music video for "Smooth Criminal" featured use of Jackson's patented floor peg, which allowed the performer and backup dancers to lean forward on a 45° angle, while keeping the body in a stiff, upright position. Despite the peg trick, this maneuver was a feat of strength and skill that only the most polished dancers could pull off. 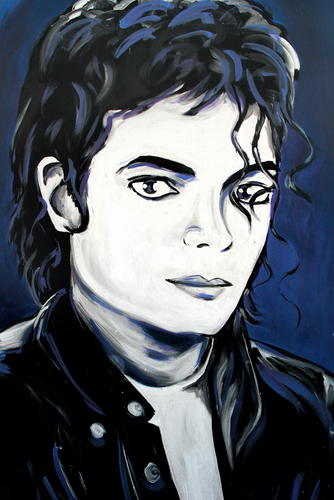 
During filming for a 1984 Pepsi commercial, a pyrotechnic stunt went horribly wrong. Michael Jackson suffered severe burns to his scalp and face. 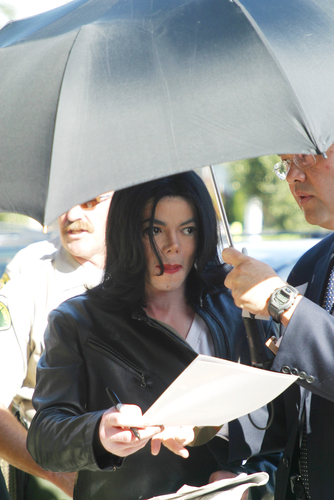 As a result of the accident, Jackson needed several surgeries to hide the scarring. It has been widely speculated that this incident sparked Michael Jackson's plastic surgery compulsion, and a dependence on prescription painkillers.


Over the years, Michael's appearance changed drastically from the plump-faced, handsome frontman of the Jackson 5. His features because more angular, his nose shortened, and his skin seemed to turn a lighter color. The changing hue of his skin was blamed on a skin condition called vitiligo.


Michael denied ever having more than a handful of necessary surgeries, but family and friends have contradicted this account of his changing appearance. He notoriously hated his appearance, calling himself "ugly" and lamenting his "fat nose." His physical changes underscored the sinister beauty standards in the entertainment industry, and the pressures of child stardom.


He was plagued by allegations of molestation of underage boys throughout his career. Jackson settled out of court with an accuser in 1994, but his image never recovered. In 2003, he was again accused of an inappropriate relationship with a young boy. The ensuing court battle lasted until 2005, when he was acquitted of all charges.


Jackson married Lisa Marie Presley, the daughter of Elvis Presley in May of 1994. The marriage caused a stir, with the media noting that the King of Pop had married the daughter of the King of Rock 'n' Roll. The couple did not have any children and divorced two years later.


He married Debbie Rowe in 1996, while she was six months pregnant. On February 13, 1997, son Michael Joseph Jackson Jr. was born. His father called him by his nickname, Prince, which stuck. A year later, the couple had a daughter, Paris Jackson. When the marriage ended, Michael Jackson retained custody of the children.


In February of 2001, Prince Michael Jackson, also known as 'Blanket' was born. Blanket was born by a surrogate whose identity is unknown.


Michael Jackson shielded his three children from the public eye as much as possible, covering their faces with masks whenever they appeared together. This diligence resulted in much mystery surrounding the children's' identities that lasted until his death. 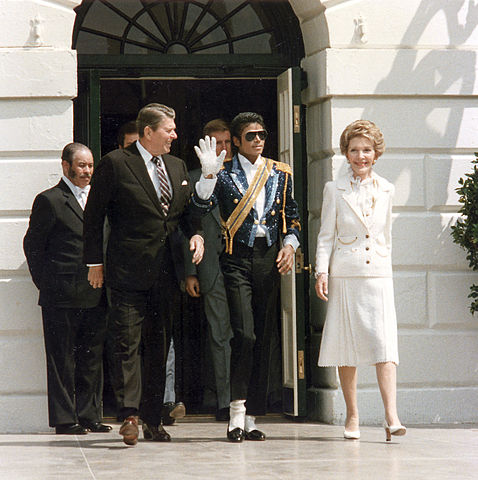 
Michael Jackson's final years were fraught with financial and legal troubles. As he attempted to regain control of his affairs, he planned a final tour, This Is It. As he rehearsed for his final curtain call, his physical and mental health appeared to be slipping.


He was placed under the care of physician Conrad Murray, who prescribed him large amounts of the sleeping medication, propofol. On June 25, 2009, Jackson was discovered not breathing by his physician. He was declared dead later that day.


The King of Pop's untimely death shocked fans across the globe. His funeral was as extravagant as the singer himself, costing upward of a million dollars. His mother, Katherine, won custody of his children, and the family pursued charges against Conrad Murray for his handling of Jackson in his final days. Conrad Murray would later serve a two-year prison sentence for his role in the death.


Michael Jackson lived a life of duality. Though he purported himself to be an eccentric, talented performer, and devoted father of three, he also struggled with addiction, body image issues, charges of molestation, and financial troubles. Michael Jackson became a cautionary tale of Hollywood's dark side, and the terrible outcome that many child stars face.


Today, on the ninth anniversary of Michael Jackson's death, we honor the complicated King of Pop for his achievements and contributions to the world of music. 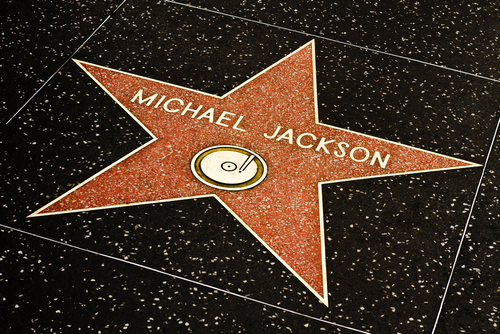 Ballads about love and loss
See all
Your loved one had a remarkable life. Tell their story, and we’ll publish it online for free.