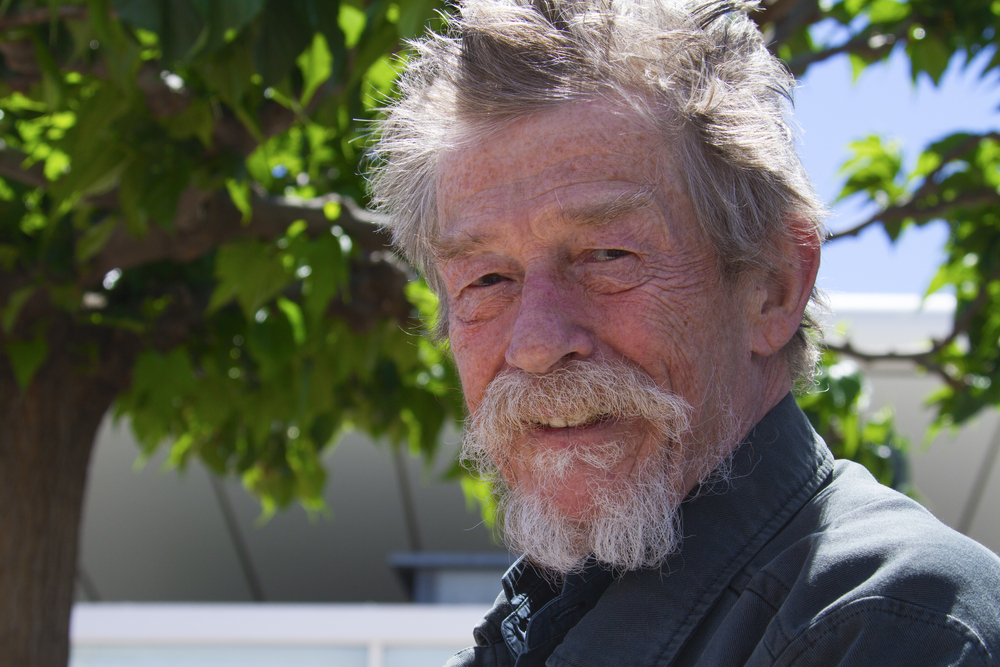 CANNES, FRANCE - MAY 25: John Hurt attends the 'Only Lovers Left Alive' photocall during The 66th Annual Cannes Film Festival at Palais des Festival on May 25, 2013 in Cannes, France. (Shutterstock)

They entertained us on the silver screen, charmed us with unforgettable characters, and taught us lessons about life. Today we celebrate the achievements and talents of film actors who passed away in 2017.


He is known for memorable performances in films such as V for Vendetta (2005), Indiana Jones and the Kingdom of the Crystal Skull (2008) and Nineteen Eighty-Four (1984). Hurt was nominated for Best Supporting Actor for his role in Midnight Express (1978). In 1981, he was again nominated for an Academy Award—this time as Best Actor—for his stunning performance in The Elephant Man (1980). His most famous and enduring role may be as Ollivander the wandmaker in Harry Potter and the Sorcerer's Stone (2001)—a role he reprised in Harry Potter and the Deathly Hallows (Parts 1 and 2, in 2010 and 2011 respectively).


His life was not without its share of pain. John had a 15-year relationship with Marie-Lise Volpeliere-Pierrot, and was engaged to her when she died of injuries sustained from being thrown from her horse. He was with her at the time of the accident. John Hurt was married four times, and is survived by two children.


In 2015, Hurt publicly revealed that he was battling pancreatic cancer. Because it was in its early stages, he was able to continue working through treatment and went into remission for some time. Pancreatic cancer ultimately took his life on January 25, 2017, at the age of 77. John Hurt is remembered for his substantial contributions to film, and his great talent will be missed. 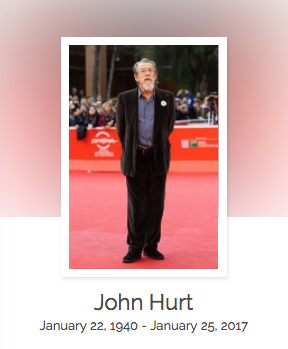 
Sir Roger Moore was a British actor, best known for his 12-year run as the suave superspy, James Bond. He holds the distinction of playing 007 the longest of any Bond actor.


After the Bond years, Moore appeared in several films and television series, and focussed his attention on humanitarian work. He passed away on May 23, 2017, following a brief battle with cancer. He was 89. 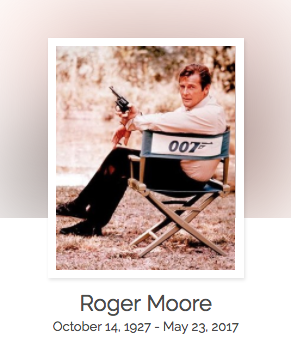 
He is famous for playing treasure hunter Brock Lovett in the 1997 film, Titanic. Paxton also starred in Apollo 13 (1995) and the hit HBO series Big Love.

Paxton directed films Frailty (2001) and The Greatest Game Ever Played (2005), among others. He was honored for his extensive contributions to films, television and the performing arts with many awards, including three Screen Actors Guild Awards and four Golden Globes.


In 1996, Bill Paxton played storm chaser Bill Harding in Twister. When the news of his death was made public, storm chasing fans spelled the actor's initials, 'BP,' across the Spotter Network map as a tribute to him. 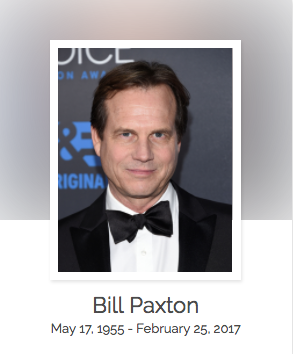 
Character actor Harry Dean Stanton was another 2017 death that hit home. Appearing in over 100 films, Stanton has certainly earned his spot on this list.


Though Harry Dean Stanton is best known for his prolific career and strong, specific characterizations, he was hardly ever in a leading role. Nonetheless, every one of his performances were memorable.


Stanton appeared in films Cool Hand Luke (1967), The Green Mile (1999), Alien (1979), as well as Pretty in Pink (1986), just to name a few. His worn, sagging visage could transform into any character. For his captivating performances in dozens of Hollywood favorites, we honor Harry Dean Stanton. 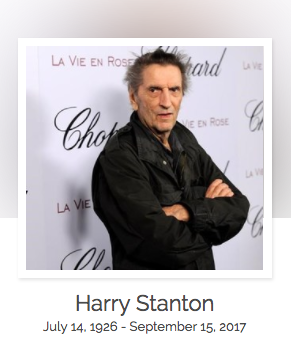 
However, you probably recognize him as Kevin McCallister's dad in Home Alone and Home Alone 2: Lost in New York. This role became his most famous work, and cemented his place in pop culture history forever. Home Alone has become a modern Christmas family classic. For those who watch and re-watch this film year after year, Heard is forever a part of the family.


John Heard passed away on July 21, 2017, of a heart attack. At the time, he was recovering from an unrelated surgery in hospital. 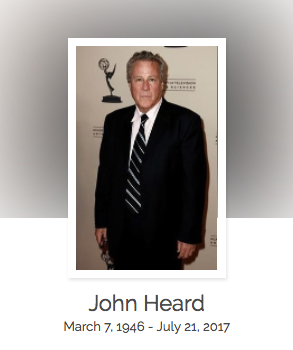 Though these five film actors departed the world in 2017, they live on in their portrayals of larger-than-life characters.