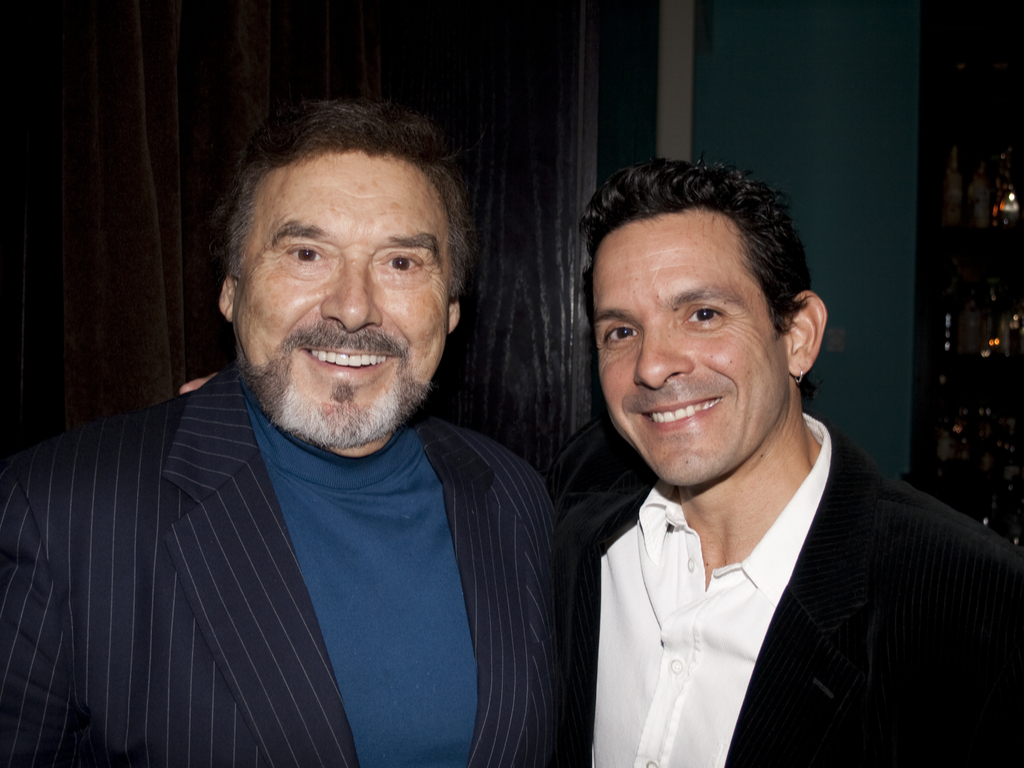 Daytime television follows a consistent, comforting format that provides some stability in an otherwise chaotic world. No matter what is troubling you, you can turn on the tube and fall into a predictable storyline, with the characters you've always known. They will repeat the same old mistakes, and learn from them day after day. As a constant presence in modern life, it's tough  to hear of a favorite character passing away.


With the loss of the actor, the world also loses a character who has become a friend. Today we are celebrating the lives of four daytime television stars who died in 2017—and one honorable mention we lost late in 2016.


The People's Court is an American arbitration reality show that has been on the air since 1981. The first judge to sit on the show's bench was Joseph Wapner. He reigned as the rule of law on the show for 12 years. For many people, Judge Wapner is the original voice of justice on the quintessential sick-day courtroom show.


He left the show in 1993 somewhat contentiously. He was released from the show, without being informed he would be replaced. The next few years showcased judges that only lasted a few seasons each, before being replaced. The current reigning judge is Marilyn Milian, who has been on the show since 2001.


Joseph's show was a place where little issues and claims were solved as if in a real court. His approach to justice was realistic, which turned out to be the greatest attention grabber of fans. Before starting his show, Joseph worked in real-life courts including Municipal court and Superior court. His show was completely unscripted.


Joseph Wapner died peacefully on February 26th, 2017. He had been in home hospice care due to breathing issues, which started a week before his death. He lived to the impressive age of 97. 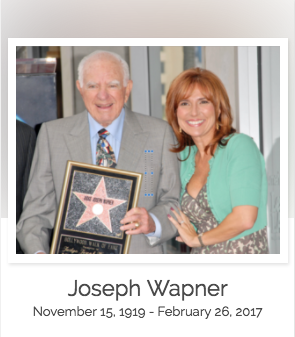 
Chuck Barris built a game show kingdom famous for cheesy catchphrases and nonsense. He hosted The Dating Game, which became a popular culture phenomenon in which contestants would ask suggestive, flirty, and often silly questions of each other in hopes of matching romantically. The Newlywed Game and The Gong Show would follow, making Barris a household name and familiar friend.


His playful, flippant banter with contestants put audiences at ease. But not everyone was a fan. He was criticized for having poor taste, and being a pioneer of garbage television.


Chuck's popularity deteriorated in his later years. Though his autobiography, Confessions of a Dangerous Mind, was made into a film, many questioned its veracity. In it, he claimed to have been a CIA assassin, in addition to other fantastic claims.


Chuck Barris passed away on March 21st, 2017, at the age of 87. Though he hasn't been on the air for many years, the world mourns the loss of the father of the modern game show. 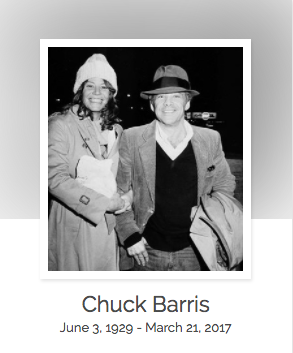 
The fabulous Liz Dawn of Coronation Street fame passed away on September 25th, at the age of 77.


Liz Dawn was a favorite on the long-running soap opera. She first appeared in soap in 1974, as Vera Duckworth—a character she would embody through to 2008, when she was written out due to Liz Dawn's deteriorating health.


Vera Duckworth's funeral was included in the show, with the character making one final appearance post-death. She was a fan favorite for well over 30 years, making her death one of the most heartbreaking soap opera losses in recent memory. 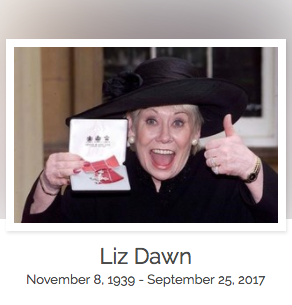 4. Patricia Barry, Days of Our Lives


Another veteran daytime television star died in 2017, making it a tough year for soap lovers. Patricia Barry appeared on many soap operas in her robust career, including Days of Our Lives, Guiding Light and All My Children.


After getting her start onstage, and some films, Patricia Barry began working in the soap opera circuit. She played Addie Horton on Days for over three years, taking over the role from Patricia Huston, who previously played the character. Addie tragically died after being diagnosed with leukemia and then allowing herself to be run over by a car, selflessly saving her baby from peril in the process. Her character on All My Children survived for well over 20 years, with Barry appearing as Peg English from 1981 through 2005.


Patricia Barry passed away on October 11th, 2016, at the age of 93. She worked in over 100 projects throughout her prolific, memorable career. 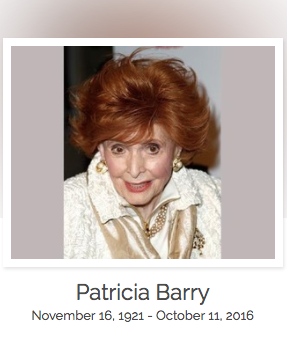 
Days of Our Lives is one of the longest-running daytime soap operas of all time. It began airing in 1965 and continues to showcase each weekday. It is difficult to separate the popular soap from its longtime crime boss—the dastardly Stefano DiMera.


Joseph Mascolo played the villain from 1982 to 2016. During that time, Stefano DiMera staged many fake deaths and schemes, often returning from the dead in dramatic denouements. During periods when he didn't appear on the show, Stefano was a dark force, either biding his time until his grand, evil return, or believed dead.


He also played parts on Santa Barbara, General Hospital and The Bold and the Beautiful during his career. After suffering from Alzheimer's disease for years, Mascolo has made his final curtain call, at the age of 87.


Although he passed away at the end of 2016, his infamy as a soap supervillain has earned him an honorable mention on this list. 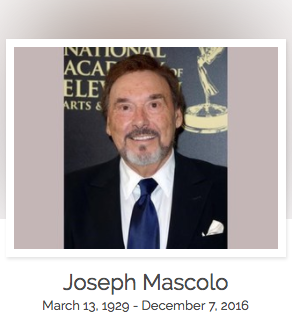 These favorite characters have enduring legacies in the memories of those who followed their stories. As the year comes to an end, we pay final tribute to the best of the best in daytime television and their life achievements.

Picking a date that works for mourners