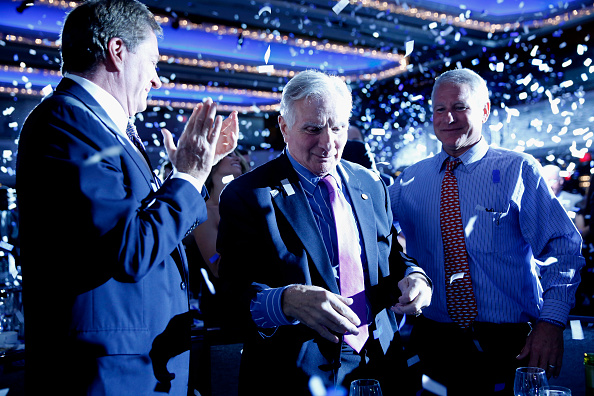 The death of an accomplished athlete leaves many to mourn. The death marks the loss of the player, and the conclusion of a chapter in sports history.


These top 10 sports legends changed the game, won our hearts, and left a permanent hole in the hearts of their teams, families, competitors and fans.

Nick Buoniconti, the diminutive linebacker, who helped the Miami Dolphins complete the first — and only — undefeated NFL season in 1972, passed away in the summer of 2019. A smaller-than-average player, 'his coach at Notre Dame advised AFL and NFL scouts that he was too small to play in the pros. However, as several coaches later noted, Buoniconti "played bigger than his size."'


During Buoniconti's tenure with the Dolphins, he played in three consecutive Super Bowl championships (1971–1973), winning two of them (1972 and 1973). He was inducted into the Pro Football Hall of Fame in 2001, and is a member of the National Italian American Sports Hall of Fame.


His legacy did not end with his football career. Buoniconti earned a law degree and became a practicing attorney for some time, representing other athletes to protect their interests on and off the field. He also worked in the tobacco industry, serving as the president of the United States Tobacco Company for several years.


Pro Football Hall of Fame middle linebacker Nick Buoniconti died on July 30, 2019. His death followed a long struggle with a degenerative brain disease called Chronic Traumatic Encephalopathy, "a degenerative brain disease associated with repeated blows to the head." After his son Marc Buoniconti was paralyzed from the shoulders down (the result of a football injury) Buoniconti devoted his efforts to curing paralysis. 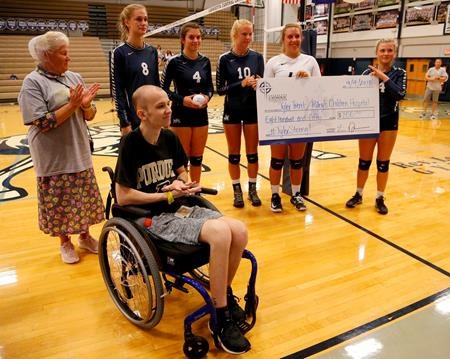 Not all influential sports heros are players. Without fans, there's no one to support the team, cheer for and inspire the players. Such is the case in the life and death of aspiring sportswriter and Purdue superfan Tyler Trent.


Tyler Trent was a Purdue University student who took school spirit to a whole new level, supporting the college football team with everything he had. He attended all games, supporting from the sidelines, keeping the players' spirits up and generating publicity on social media as he documented his Purdue fandom.


Tyler had been diagnosed with a rare form of bone cancer at 15. By 2017, he was entering school, knowing it was unlikely he would ever graduate. Still, the teen made the best of the time he had at school:

"He camped out with another student to get good seats to a Purdue-Michigan football game, just hours after chemotherapy."

Tyler Trent passed away on New Years Day in 2019, at just 20 years of age. Following his death, the Tyler Trent Cancer Research Endowment was created to help fund further cancer research, and Tyler Trent Courage and Resilience Award for Purdue students facing adversity was also established in his honor. 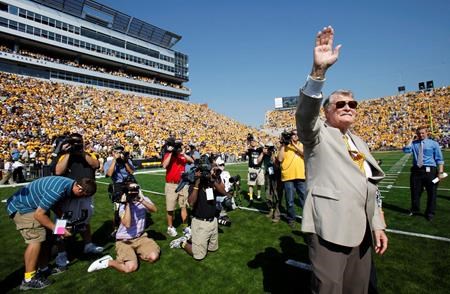 The role of team coach is instrumental in creating a team that uses players' individual strengths to create a cohesive team that will win, lose and play as one. Hayden Fry was one such coach who used his skills on and off the field to bring life back to Iowa football. The Hawkeyes had lost 17 consecutive seasons before Texan Coach Fry joined the team and began to turn things around.


From redesigning team uniforms, to painting the the visiting team locker room pink, Fry's methods were unconventional, bold and ultimately effective: In his 20 seasons as coach, the Hawkeyes won three Big Ten championships and 238 games.


Hayden Fry passed away on December 17, 2019, at the age of 90. He left a wife, five children and two stepchildren to mourn. 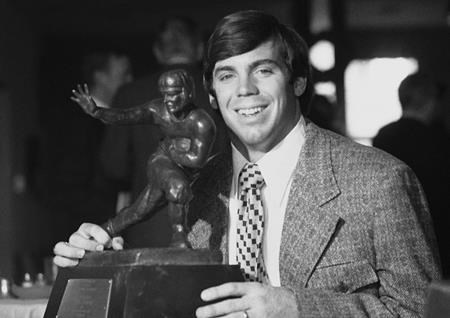 During his career as a quarterback, Sullivan played six seasons with the Atlanta Falcons, and then played for the Washington Redskins until venturing into business. In 1971, Pat Sullivan won the prestigious Heisman Trophy, which is awarded to an outstanding NCAA football player.


He played as an All-American, and was inducted into the Hall of Fame in 1991.


After using his talents as a football commentator for the Auburn Tigers football program, Sullivan transitioned into a role of quarterback coach, and in 1992, Sullivan  became the head coach of the Texas Christian University team. He went on to coach at Samford.


Despite being diagnosed with throat cancer in 2003, his coaching career continued through 2014. His death came on December 1, 2019, at the age of 69. He is remembered as an inspiration to all in the sport:

"Pat Sullivan gave Samford all and more than we could have asked," Samford President Andrew Westmoreland said. "His teams won games, his players persisted to earn degrees. By personal example, he led everyone closer to Christ and he brought honour to our university." 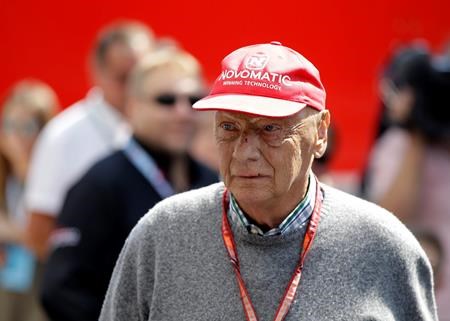 Austrian Formula One Driver Niki Lauda passed away in his sleep on May 20, 2019, decades after cheating death in a fiery crash at the 1976 German Grand Prix.


Prior to the race, Lauda had tried to stage a boycott alongside his competitors, citing the racetrack's dangerous lack of safety equipment and procedures. The boycott was unsuccessful, and Niki Lauda crashed in his second lap. He suffered severe burns to his face, and lost most of his right ear, eyelids, eyebrows and hair. The wreck left him in a coma that he was not expected to survive.


But survive he did. Missing only two races, Lauda returned to racing six weeks later. He entered into retirement from racing, but reentered the sport for a comeback in 1982. He also owned an airline, Lauda Air, and managed that business as well as other racing teams.


The story of his 1976 race was dramatized in the 2013 film, Rush. Lauda was portrayed by  Daniel Brühl. 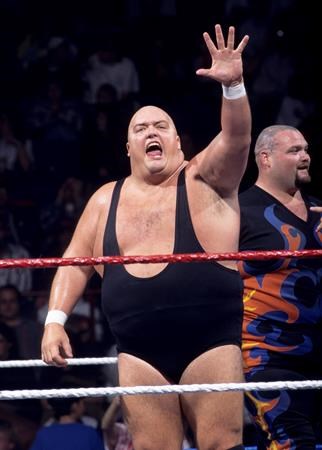 King Kong Bundy, whose off-stage name was Christopher Pallies,  was an American professional wrestler with a larger-than-life stage persona. And standing at 6'4 and weighing 458 at the peak of his career, it was a character choice that went well with his naturally  intimidating stature.


Bundy began his stint as a WWE wrestler in 1985 and found quick success. His character became known as a domineering and formidable opponent. He was famous for a gimmick in which he would insist on a give-count when pinning an opponent, so the win would be prolonged, brutal and humiliating for the loser. But he faced his own set of losses too. One of his most famous matches ended in a loss:

"He was best known for facing Hulk Hogan in 1986 in a steel cage match at WrestleMania 2, which Hogan won."

Later, King Kong moved into the entertainment industry, working as an actor and stand-up comedian. He appeared in television roles, including Married...With Children twice in small roles, and did commercial work. Following complications from diabetes, Bundy's death came on March 4, 2019. He was 63. 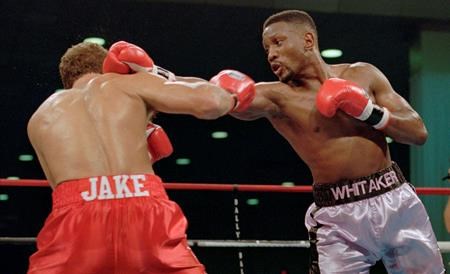 Pernell Whitaker, regarded as "one of the greatest defensive fighters ever" was an American boxer. He was known for his precise and evasive boxing style:

"His style was unique and it was effective, a hit-and-don't-be-hit strategy that was later adopted by a rising young fighter named Floyd Mayweather Jr. Whitaker and Mayweather never met in the ring, but Whitaker did win a decision over Mayweather's uncle, Roger, in 1987."

He boxed in the lightweight, light welterweight, welterweight and light middleweight weight classes, dominating each opponent. Even in lost matches, Pernell Whitaker was often successful in making opponents appear weak.


Whitaker won gold at both the 1983 Pan American Games and the 1984 Olympics in Los Angeles and silver in the 1982 World Championships. In 1989, he was named Fighter of the Year. Whitaker placed 10th in The Ring's list of "The 100 Greatest Fighters of the Last 80 Years." In 2006, he was inducted into the International Boxing Hall of Fame.


Whitaker was struck and killed by a car while crossing the street on July 14, 2019. 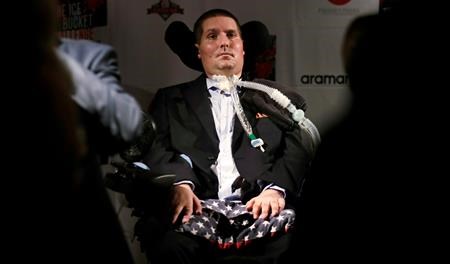 Feats of athleticism, leadership and inspiration make all sports worth the watch for the fans who follow. One such inspiration is Pete Frates: one of the people behind the ALS ice bucket challenge.


In 2011, Frates was a college baseball player, with his life ahead of him. But when a pitch struck his wrist during a game, and didn't heal, the young athlete was diagnosed with ALS: "As the disease progressed, he became paralyzed and had to use a wheelchair, lost the ability to talk and had to be fed through a tube."

"ALS patient Pat Quinn, of Yonkers, New York, picked up on it and started its spread, but when Frates and his family got involved, the phenomenon exploded on social media."

Since it began in 2014, the ice bucket challenge has raised over $2.2 billion worldwide for ALS research and treatment. Frates passed away on December 9, 2019, at the age of 34, leaving a legacy of charity, inspiration and incredible spirit in the face of adversity.


Peter Snell, "one of the greatest middle-distance runners," died on December 12, 2019 — just five days before his 81st birthday. 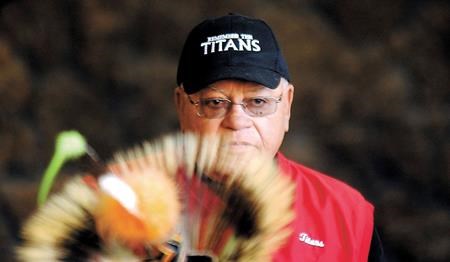 Herman Boone took a position as coach of the football team at T.C. Williams High School the same year the city combined the three high schools into one, in an effort to desegregate black and white students in the district. As a black teacher during a time of cultural unrest and division, he was able to lead the racially integrated team to win the state championship.


His success with the team was noticed and praised by President Richard Nixon, who was quoted as saying the Titans were "the team [that] saved the city of Alexandria." His story was the inspiration behind the 2000 film Remember the Titans, in which he was portrayed by Denzel Washington.


He was known as a tough coach, and by 1979 the high school whose team he saved said his tactics for pushing players to success had gone overboard. He was fired from his coaching position following reports that he had abused players but many called the firing racially motivated.


He passed away on December 18, 2019, following a lung cancer diagnosis. He is survived by his wife and three daughters.


Each year, Beyond the Dash pauses to reflect on the year's losses, and pay tribute to the notable people who inspired us. These sports legends made lasting impacts on the field and in the hearts of fans and loved ones.


These 10 deaths represent only a small part of the incredible athletes, coaches, commentators, and superfans that passed away in 2019. Did your favorite sports hero miss or make the list? Let us know in the comments!

Cultural spotlight
See all
Your loved one had a remarkable life. Tell their story, and we’ll publish it online for free.