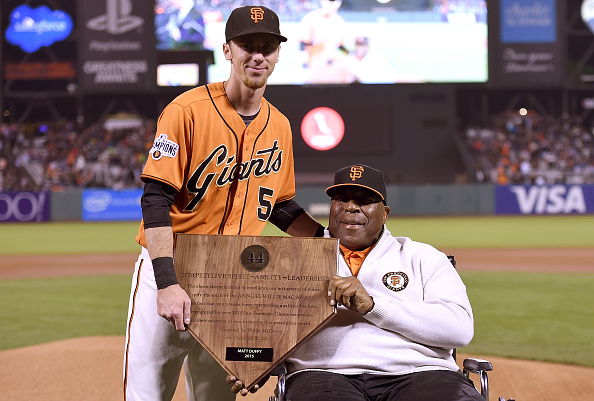 SAN FRANCISCO, CA - OCTOBER 02: Matt Duffy #5 of the San Francisco Giants, this year's recepient of the Willie Mac Award, stands with the former Giants great Willie McCovey prior to the game against the Colorado Rockies at AT&T Park on October 2, 2015 in San Francisco, California. (Photo by Thearon W. Henderson/Getty Images)

Athletes, owners, coaches, Olympians and hall of famers entertain and inspire sports fans around the world every day. But even those who seem to defy gravity on the field, court or pitch pass away—and when they do, it's a sad occasion for fans. Today we are paying tribute to the top 10 sports losses of 2018.


Some sports stars are multi-talented, such as the mighty footballer and actor Tim Rossovich. Tim Rossovich played linebacker for the Philadelphia Eagles from 1968-71, and was even named to the Pro Bowl. He went on to play for the San Diego Chargers from 1972-73, and then in 1976 went to the Houston Oilers.


Following his career in football, Rossovich went on to work in television as an actor and stuntman. He appeared in shows such as The Love Boat, MacGyver and Baywatch. He passed away on December 6, 2018, taki ng with him part of TV and sports history. 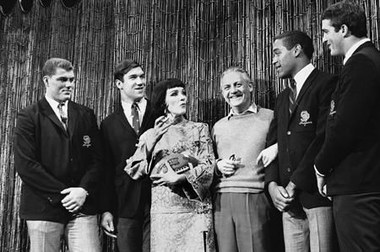 
When the Houston Oilers were relocated to Tennessee in 1997, Bob McNair knew that something had to be done. He founded the Houston Texans for the 2002 season, bringing football back to the state of Texas.


McNair made headlines in 2017 for his tone deaf remark, "We can't have the inmates running the prison," which was in response to the kneeling protest of racial inequality occurring in other NFL teams. Though none of the Texans had knelt prior, nearly the whole team took a knee in the following game against the Seahawks.


He owned and led the team until his death on November 23, 2018. Bob McNair left a lasting mark on the Houston Texans, and American football, and his legacy is in Texas' continued relevance in the NFL. 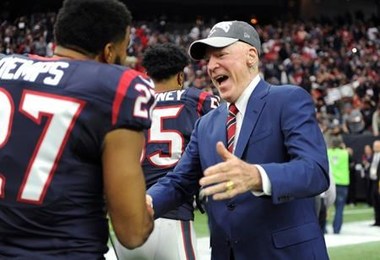 
Wally Triplett made history as one of the first African-Americans to be drafted into the NFL. Though he was the third African-American to be drafted, he was the first ever to play a game. He played for the Detroit Lions in 1949—when segregation and discrimination were alive and well. Facing and overcoming numerous obstacles, Wally Triplett held a record of 39 yards in four kickoff returns. This record wasn't broken until 1994.


Wally Triplett passed away on November 8, 2018. He was an American football hero, a trailblazer and indescribable talent who will be remembered for breaking the mold. 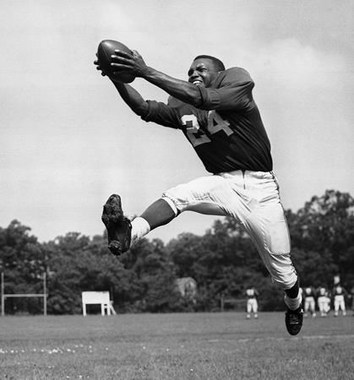 
Mari Hulman George was known as the "quiet pioneer" of auto racing. George came from a family whose history was inextricably linked to auto racing. She became the chairperson of the board of directors of the Indianapolis Motor Speedway in 1988 and held the position until 2016. It was a title she inherited from her own mother, and passed onto her son when her own health began to decline.


She was known as the voice who ordered racers to start their engines. However, Mari Hulman George was also responsible for leading the speedway through a long period of significant growth. She was friendly with racers and their families, offering red carpet treatment to all past and present racers. 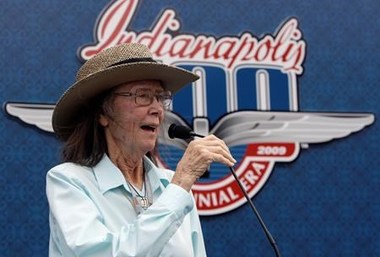 
Baseball Hall of Famer Willie McCovey passed away on October 31, 2018, much to the dismay of Giants fans. He was known as a gentle giant, standing at a towering 6'4" but known for being soft spoken and ever affable.


McCovey famously resented never winning a World Series, after losing the 1962 championship game to the New York Yankees. Despite this stinging loss, he won MVP in 1969, and was a .270 career hitter, with 521 home runs under his belt.


Even as his health deteriorated, McCovey could be found in his private suite at the AT&T Park regularly. He was as big a fan as he was a legend, and takes with him an important part of ball history. 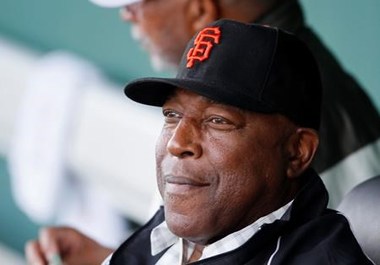 
John Ziegler was the present of the NHL for 15 years, from 1977 to 1992. During this time, he led the NHL to become an international league, and also oversaw the merging of the league with the World Hockey Association. This meant the addition of four new teams. During these formative years for the NHL, Ziegler was responsible for immense growth.


His tenure came to an end when a labor dispute and eventual strike in 1992. Unhappy with the new terms, he was removed and replaced. John Ziegler passed away on October 25, 2018, at the age of 84. Today, he is still remembered for his positive impact on the sport. 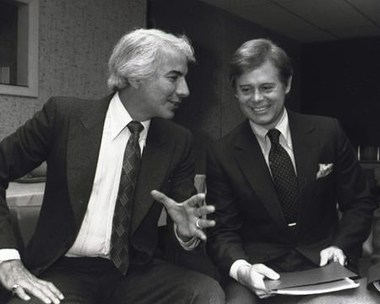 
As a player, Modzelewski was known as one of the best. He met with President Dwight Eisenhower for lunch after winning the Outland Trophy in 1952. The College Football Hall of Famer passed away on October 19, 2018, at the age of 87, but his contributions football history will never be forgotten. 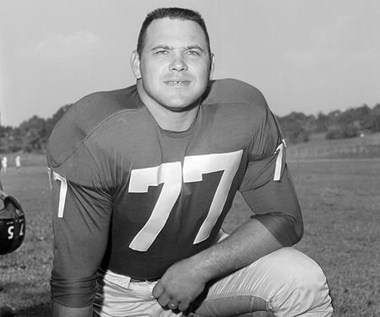 
Green Bay Packers Hall of Famer Jim Taylor passed away on October 13, 2018. He was known as a passionate player who devised Packer's move the "Sweep" during his impressive run on the team.


Such were his achievements as a fullback that Taylor was awarded the honor of 1962 league MVP. As a Packer, he helped the team win four NFL titles, as well as the first Super Bowl. This football legend more than made his mark in NFL history, and his legacy lives on in the hearts memories of fans. 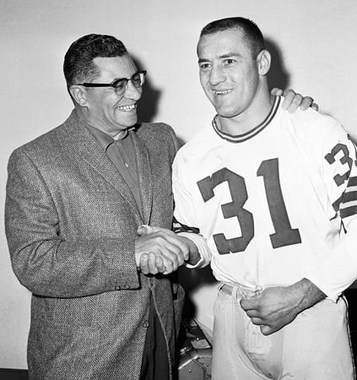 
George Taliaferro was the first ever African-American to be drafted to an NFL team, though he was not the first to play in an NFL game (see #3 of this list). The Chicago Bears picked him in 1949, but he chose instead to play for the Los Angeles Dons in the All-America Football Conference. He had already committed to the Dons, and received a signing bonus. He considered returning the money in order to play in the NFL that year, but ultimately decided to stick it out, as a man of his word.


Taliaferro did later go on to play in the NFL with New York Yanks, the Dallas Texans, Baltimore Colts, and then the Philadelphia Eagles. He was a versatile player, playing as halfback, quarterback, and punter on various teams throughout his career.


Taliaferro passed away on October 8, 2018, at the age of 91. Along with Willie Triplett, Taliaferro makes up an unforgettable part of sports and racial equality history. 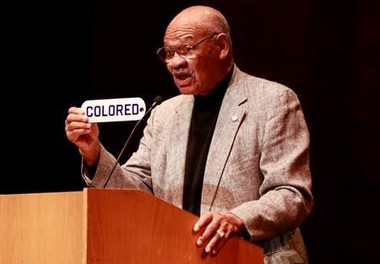 
Receiver Tommy McDonald passed away on September 24, 2018, leaving behind an impressive legacy in the sport of football. He played 12 seasons with the NFL on various teams. Known as an enthusiastic joker, McDonald was inducted into the Pro Football Hall of Fame in 1998.


Tommy McDonald was a multi-talented athlete, with accomplishments in track and basketball, in addition to his prowess on the football field. 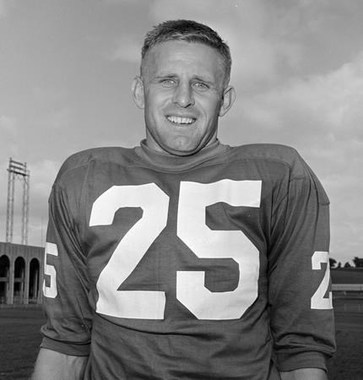 These athletic legends made lasting impacts in their sports, and will be remembered for their accomplishments forever.


Did your favorite sports hero make the list? Let us know in the comments!

Accompanying your loved one to their final resting destination
See all
Your loved one had a remarkable life. Tell their story, and we’ll publish it online for free.