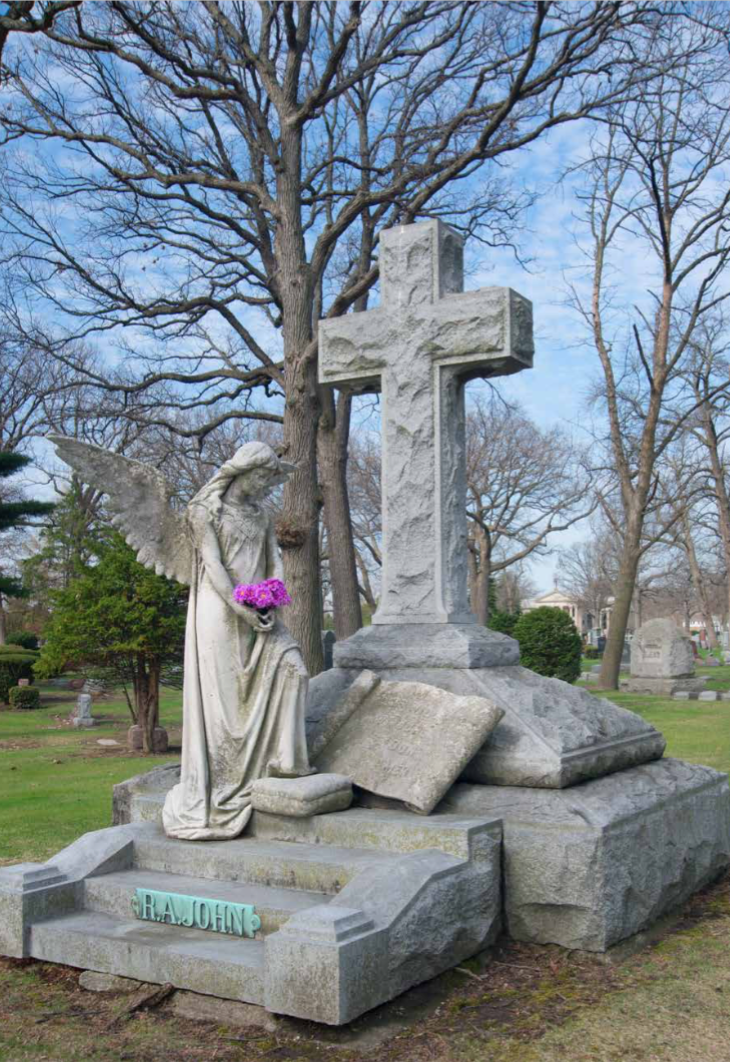 Get $10 off your purchase of Chicago Eternal with Beyond the Dash's promo code: Stone10. (Photo courtesy of Larry Broutman)

Laden with the stories of the dead, there's a lot to learn about life in the weighty, historical recounting of Chicago's most famous (and infamous) graves. Chicago Eternal is just the latest publication from Larry Broutman, author of photography books, Chicago Treasure, Chicago Monumental, and Chicago Unleashed.


It's the kind of photography book meant for fresh Saturday mornings and casual sippings of coffee. But reader be warned: You may end up poring over the deathly imagery and snapshots of Chicago history for longer than it takes to caffeinate. It's more than just vivid images of headstones and monuments— at its heart, Chicago Eternal is not about imagery, but about life storytelling.


Life stories are at the heart of Larry Broutman's newest coffee table reader, which offers a glimpse of Chicago's most historic cemeteries. Here are just a few of the life stories remembered in Chicago Eternal.


The body of Emmett Till rests in Burr Oak Cemetery. Emmett was visiting family in Mississippi that summer in 1955, when Caroline Bryant, a white market owner, accused him of flirtatious comments and looks.


The black boy from Chicago was just 14 when he was murdered by Roy Bryant and a ring of other white assailants. He was kidnapped from his bed. in the early morning hours of August 28, 1955. The lynching was brutal, and his tortured body was found three days later. Emmett's mother ordered her son's body to be displayed in a public open-casket viewing. She wanted the public to see what hatred looked like.

"Bryant and Milam were indicted for murder, and a trial was held. Seventeen days after the interment of Emmett’s violated body, an all-white jury acquitted both defendants. Protected by the double jeopardy rule, the defendants were paid by Look magazine the following year, 1956, to tell their story, and in it they admitted to abduction and murder. Till’s murder is said to be a major factor in the passage of the Civil Rights Act of 1957." (Broutman, Page 16)

Though the story of Emmett Till has been told and retold by historians, artists, writers and the like, Larry Broutman's version of events does the story justice. Never skipping over the brutal details of the case, Emmett Till's story is one that should never be forgotten. 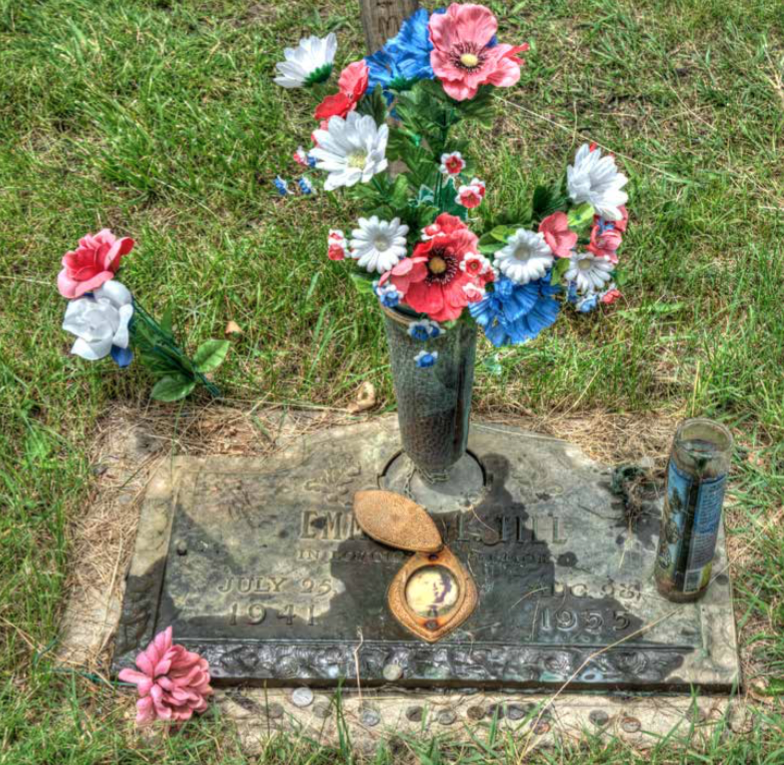 
The infamous Capone family is buried in the Roman Catholic cemetery, Mount Carmel. 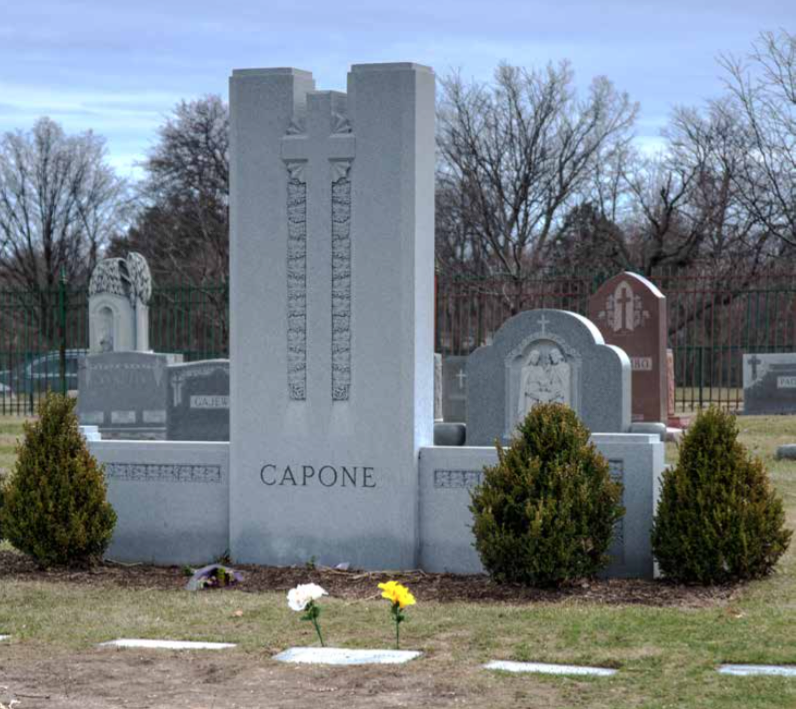 Al Capone (nicknamed 'Scarface'), one of the most notorious American mobsters in American history, rests there too.


But did you know his body didn't always reside at Mount Carmel?

"He was first buried in Chicago’s Mt. Olivet Cemetery, but after his grave and headstone were vandalized, his remains were moved to Mt. Carmel, where he is buried in concrete alongside other family members." (Broutman, Page 292)

Despite a life of crime, many called the mobster a modern-day Robin Hood due to his frequent and generous charitable donations. However, he was apprehended and convicted of tax evasion at the age of 33. Al Capone was released after serving eight years in prison, only to die at 48. Public opinion of the gangster was then, and still remains, split.


The stories in Chicago Eternal reflect both the truth and nuance of historical deaths. While many know the story of Scarface, it doesn't end with his death. The grave of Al Capone is a slice of American gangster history that finally completes his life story. 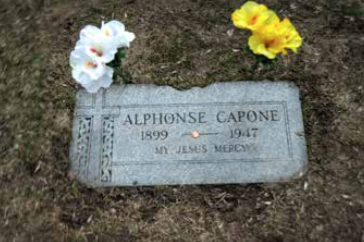 
Not every historic grave has a name. Both the Cook County Cemetery and Dunning Read Memorial Park are home to the graves of those whose names are forgotten.

"Buried here are as many as 38,000 people, including children, inmates of the poor house and insane asylum, 117 victims of the Chicago Fire of 1871, and Civil War veterans." (Broutman Page 312)

Chicago Eternal captures the stories of all in both his rich descriptions, as well as vivid photography. Remembering the lives of the famous and notable is essential to exploring the graves of Chicago's most historic cemeteries. However, the countless unmarked graves have important lessons to teach as well. Though these deaths have been mostly forgotten in history books, they now live on in Chicago Eternal. 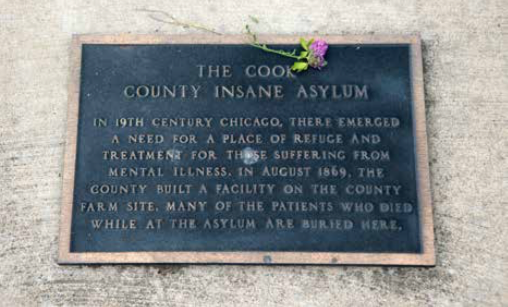 
These are just a few examples of the many stories portrayed in Chicago Eternal. What stands out most is the sheer number of monumentally famous deaths that happened in Chicago, and the many notable names that rest in the city's cemeteries.


Larry Broutman's coffee table book focuses on the life (and death stories) of figures that make up America's rich history. Chicagoans, history buffs and casual readers alike can enjoy this book, which in itself acts as a permanent monument to the life stories it recounts.


Larry Broutman's Chicago Eternal is available now at Everything Goes Media, on Amazon.com and Bn.com. The price is $55, but Beyond the Dash readers can redeem a special discount for this beautiful coffee table book.


Just enter promo code STONE10 at checkout to receive $10 off your copy of Chicago Eternal.

CAIRO — Shadia, an Egyptian actress and singer who captivated millions for decades with memorable singles and iconic film roles, has died. She was 86.