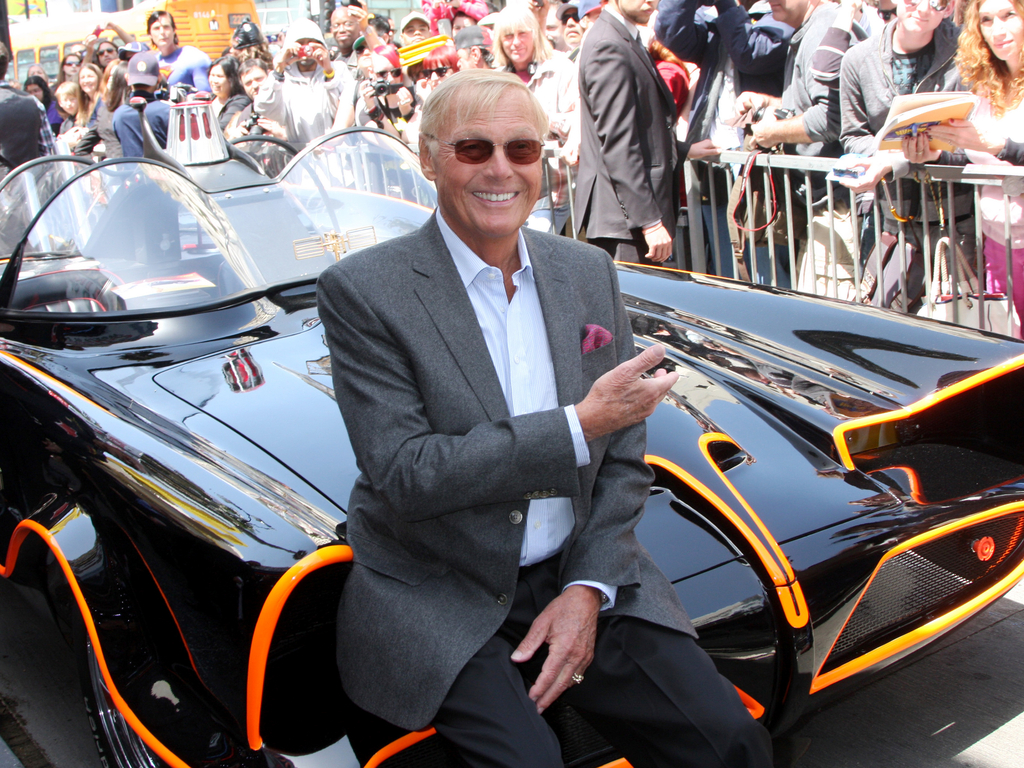 The characters we see on television become part of our lives. We allow them into our homes once a week to entertain and teach us lessons about life. When a popular actor dies, it can feel like the loss of a friend.


Today we pay tribute to the accomplishments of eight unforgettable television actors who passed away in 2017.


Mary Tyler Moore is a television legend, feminist icon and notable philanthropist. This veteran sitcom actress paved the way for the modern woman in her long-running television hits, The Dick Van Dyke Show and The Mary Tyler Moore Show. 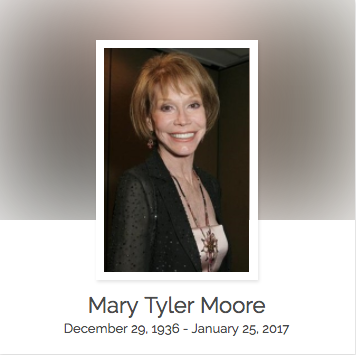 
She also played in a variety of roles on Broadway, and in several films. However, her legacy in television is what endures to this day, although her shows have been off the air for decades.


Mary Tyler Moore died on January 25, 2017, from complications resulting from a bout of pneumonia.


A bronze sculpture of Mary Tyler Moore was erected in her honor. Notably, the artist, Gwendolyn Gillen, passed away just two days after Moore, on January 27, 2017. 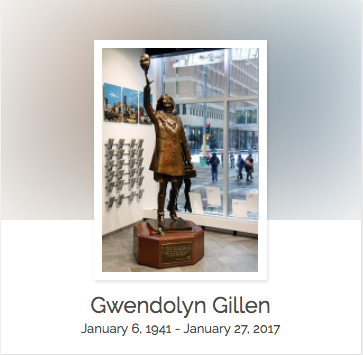 
Born to show business elites, actor Jose Ferrer and singer Rosemary Clooney, Miguel was destined for Hollywood greatness. He was initially attracted to a career in music, and became a drummer. His first role was as a drummer in a television series, and his passion for acting began to grow.


He played Owen Granger on NCIS: Los Angeles for five years. He also portrayed an FBI agent on Twin Peaks, in the 90s, as well as in the 2017 return.


Perhaps considered typecast, Miguel Ferrer often played law enforcement officials. He also appeared as Dr. Garret Macy in Crossing Jordan. Though Miguel Ferrer is most widely acclaimed for his robust career in television, he is also famous for his career breakout role, in the film RoboCop.


Miguel Ferrer passed away early in 2017, on January 19th, following a battle with throat cancer. He is instantly recognizable to most television viewers, as he played a variety of well-known roles throughout his more than three decades-long career. 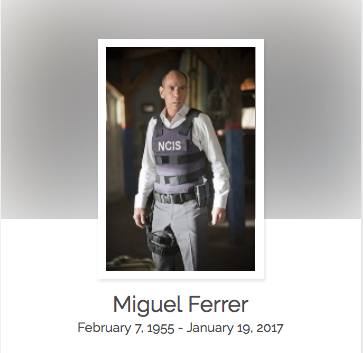 
Adam West was the original Batman. He introduced the world to the dark caped crusader in the 1960s live-action television series, long before the Batman franchise would hit the silver screen.


The straight-laced portrayal of the superhero influenced the way Batman has been characterized through to present day.


In more recent years, Adam West played an unhinged version of himself, as Mayor Adam West in Seth MacFarlane's primetime animated series, Family Guy. He first appeared in the show's second season, and has been a recurring character since. To date, he has not been replaced.


On June 9 of this year we lost Adam West, following a short bout with leukemia. He was 88. 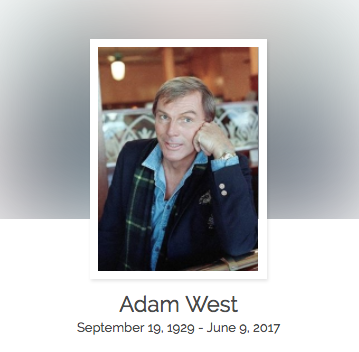 
Powers Boothe is famous for his frequently villainous roles in film. However, his long stints on hit series such as Deadwood, Nashville and 24 have earned him a top spot on this list.


One of his most notable accomplishments was in a made-for-TV role, in Guyana Tragedy: The Story of Jim Jones, in the lead and title role. He portrayed Jim Jones, the infamous cult leader who inspired a mass suicide and murder of 900 people in his self-named village of Jonestown.


For his powerful and terrifying performance in this role, Powers Boothe earned an Emmy Award. The ceremony took place during a Screen Actors Guild strike, in which Boothe was the only actor to cross the picket line to accept his award.


He passed away in Los Angeles on May 14, 2017, of cardiac arrest. He had been suffering from pancreatic cancer for some time prior to his death. 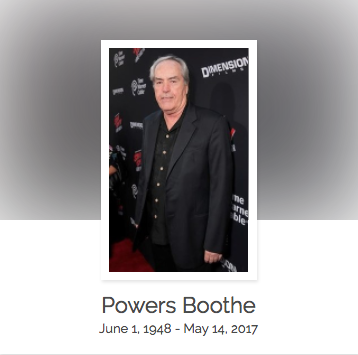 
Most people of Generation X will recognize Erin Moran as trouble-maker Joanie Cunningham from the 70s sitcom, Happy Days. She first began working on the show at the age of 13.


The character's popularity was such that it inspired the spin-off, including Joanie Loves Chachi.  Though the show was canceled after two seasons, it forever became a part of popular culture history, through its link to Happy Days, and the other spin-offs that resulted from it.


Like many child stars, she ran into trouble in later years. Unable to find roles, her name peppered the tabloids with news of her financial struggles, and substance abuse.


She passed away on April 22, 2017, of complications resulting from throat cancer. Her legacy as the ultimate television teen brat lives on in popular culture to this day. 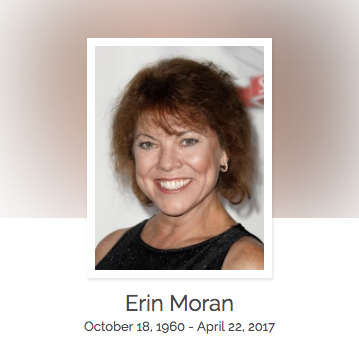 
Richard Hatch is most famous for playing Captain Apollo on Battlestar Galactica. After getting his start on All My Children, he worked on a variety of films and television shows. Despite moderate success, he didn't receive much critical acclaim until he joined the cast of Battlestar Galactica in 1978. It ran for a single season. Despite high ratings, it was canceled in 1979.


Hatch advocated for a revival of the show for years, writing continuations of the storyline and pitching sequel storylines to Hollywood executives. Hatch's attempts were unsuccessful. However, a rebooted version was aired from 2004 to 2009, in which Richard Hatch appeared as Tom Zarek.


Richard Hatch died on February 7, 2017. Pancreatic cancer took his life at the age of 71 years. 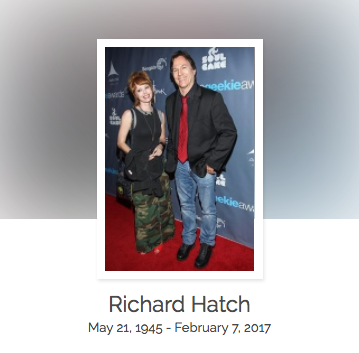 
Neil Fingleton's budding career was cut short, when he died on February 25, 2017, at the age of 36. The actor was best known for his towering performance as Mag the Mighty in the HBO series, Game of Thrones.


In 2007, Neil Fingleton won the Guinness World Record as the tallest man in the United Kingdom. His impressive 7'7 stature led to a short career in professional basketball. Eventually, he attracted the attention of filmmakers, and began to appear in films.


As Mag the Mighty, Fingleton gained the love of fans through the show's massive cult following. Though his career was short, his impact will live on in the body of his work.


Click here to read Neil Fingleton's full obituary story on Beyond the Dash.


The year 2017 was a tough one for the television industry. These seven actors live on in the memories of those who revered their performances.

Ballads about love and loss
See all
Your loved one had a remarkable life. Tell their story, and we’ll publish it online for free.