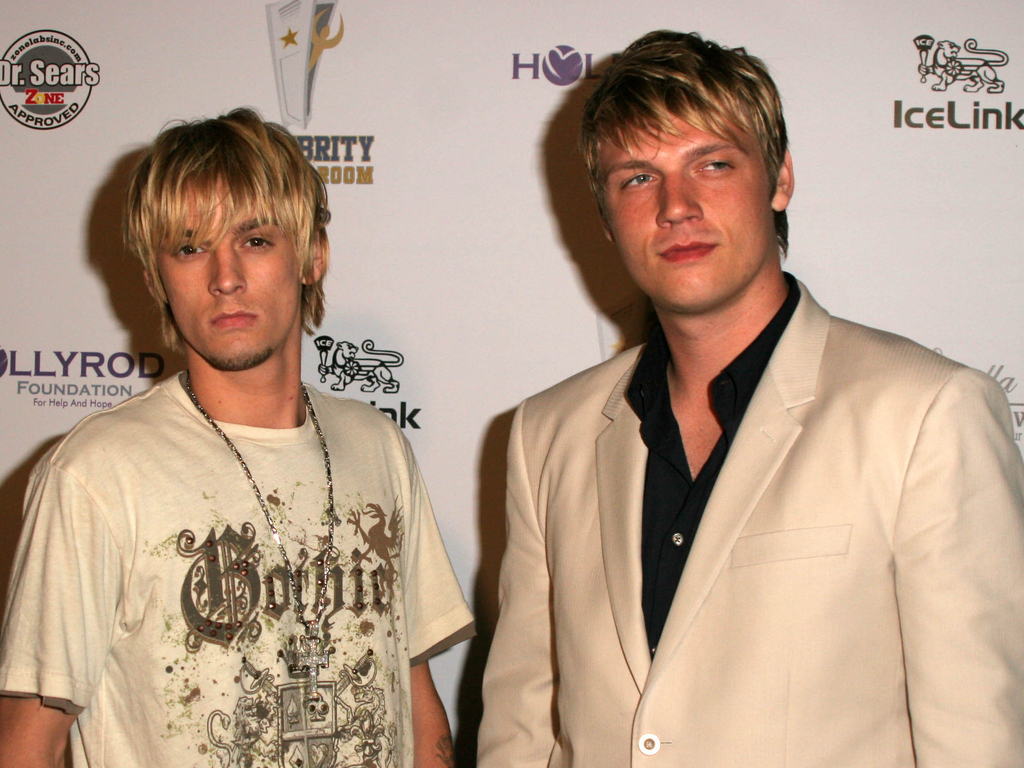 LOS ANGELES - JULY 11: Aaron Carter and Nick Carter at "An All Star Night At The Mansion" charity event at Playboy Mansion on July 11, 2006 in Holmby Hills, Los Angeles, CA. (Shutterstock)

Stars and celebrities...they're just like us. While sometimes it may feel like they are impervious to the struggles of everyday life, it's important to remember that they experience the pain of loss, just like anyone else. This year, many notable people lost loved ones. Today we are looking back on seven stars who mourned the loss of family members in 2017.


Unless you've been living under a rock, you've probably heard of Eddie Murphy. He is a triple-threat actor, comedian and singer—but did you know his brother, Charlie, was also a comedian?


Charlie Murphy passed away of leukemia on April 12, 2017, at the age of 57. His energetic hilarity is greatly missed. 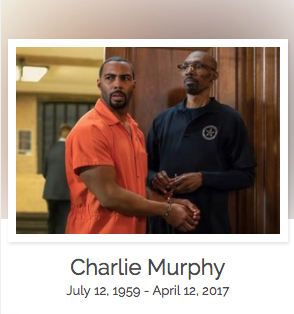 
Her segment, "Guess Mom's Pie" became an instant hit. The chemistry between the mother and son charmed audiences, who were smitten with Dorothy's famous and tasty pies. This became an annual Thanksgiving tradition on the show. She also published a cookbook in 1996, entitled Home Cookin' With Dave's Mom.


She passed away on April 11, 2017, at the age of 95—just one day before David's 70th birthday. Her children wrote a thoughtful and touching obituary in her honor, as a tribute to her remarkable life. 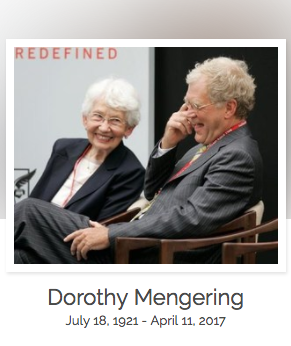 
Though Jimmy lost his "biggest fan" in 2017, her legacy lives on in the form of "Mom Quotes." The hashtag segment of his show featured tweets of funny things moms say.


Click here to read Gloria Fallon's full obituary story on Beyond the Dash.


If you grew up in the late 1990s or early 2000s, you will definitely remember teen heartthrobs Nick and Aaron Carter. Nick was part of the five-member pop sensation, The Backstreet Boys. Aaron had a solo career from the young age of seven. In 2017, the Carter family lost patriarch Robert Gene Carter, reportedly to a sudden and unexpected heart attack on May 16th.


The Carter siblings appeared in a reality show about their family, House of Carters. Robert appeared in eight of the episodes, which aired in 2006. The Carter brothers issued this statement at the time of their father's death. 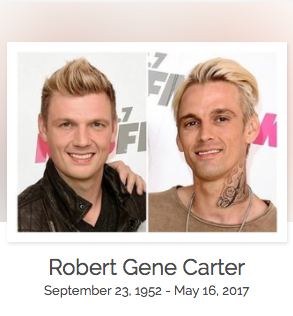 
Frank Sinatra passed away in 1998, leaving his widow, Barbara, to mourn. He was one of the best-selling artists of all time, and a successful actor as well.  In July of 2017, Barbara Sinatra, who never remarried, joined her deceased husband.


Barbara Sinatra was a model, socialite and philanthropist. She famously founded the Barbara Sinatra Children's Center, and contributed to many charities.


Click here to read Barbara Sinatra's full obituary story on Beyond the Dash.


On August 14, the only child of Natalie Cole passed away. Robert was only 39 years old. His sudden death was reportedly due to a heart attack.


Natalie Cole passed away at the age of 65 in 2015. She is best-known for the upbeat R&B hit "This Will Be (An Everlasting Love)." She was the daughter of the legendary jazz pianist and vocalist, Nat King Cole. Robert was a chip off the old block, working as a professional drummer in his mother's touring band.


Click here to read Robert Yancy's full obituary story on Beyond the Dash.


Tony Booth was a television actor, famous for his role in the British sitcom, Till Death Us Do Part. He was also the father-in-law of the former Prime Minister if the United Kingdom, Tony Blair. Tony Booth had been suffering from Alzheimer's disease as well as heart problems, at the time of his death on September 25th, 2017.


Click here to read Tony Booth's full obituary story on Beyond the Dash.


The year 2017 was a tough one for the surviving celebrities who are left to mourning family members. However, their loved ones live on in the rich memories they leave behind.