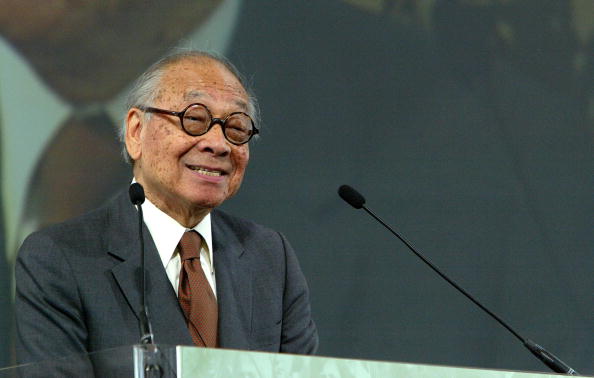 Scientists, doctors, researchers and engineers are behind the technologies and advancements that make the lives of ordinary folks easier and more enjoyable. Since another year has come to a close, let's take a moment to reflect the people who died after dedicating their lives to furthering the sum of human knowledge. 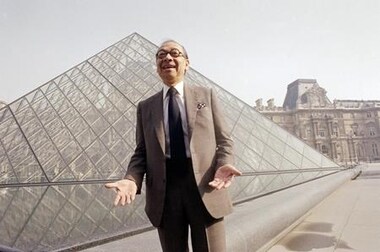 If you've been to the Louvre, you've witnessed firsthand the remarkable work of I.M. Pei. He is the "versatile, globe-trotting architect who revived the Louvre with a giant glass pyramid."


In the course of his long and prolific career, I.M. Pei designed legendary buildings, including the Suzhou Museum, MIHO Museum, Museum of Islamic Art, Rock and Roll Hall of Fame, Luce Memorial Chapel, Fragrant Hill Hotel, Dallas City Hall, Four Seasons Hotel New York and the Carrousel du Louvre, among others. This is just a fraction of the monumental, imaginative buildings designed by the bold master of architecture I.M. Pei.


Pei died peacefully on May 16, 2019, at the age of 102. His visions will stand the test of time in the elegant and function-forward structures he dreamed up. Pei was predeceased by his wife, Eileen, and son, Ting Chung. He was survived by sons Chien Chung Pei and Li Chung Pei, and daughter Liane. 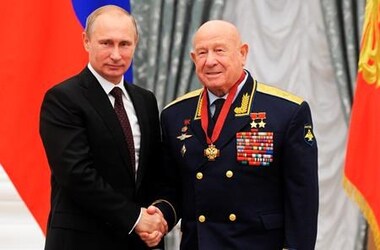 Alexei Leonov was the first person to walk in space. The Soviet cosmonaut died on October 11, 2019, at the age of 85. Those who remembered the space hero pointed out that Leonov was extremely lucky to have survived the pioneering expedition, never mind to have lived to see his golden years:

"Spacewalking always carries a high risk but Leonov's pioneering venture was particularly nerve-wracking, according to details of the exploit that only became public decades later.


His spacesuit had inflated so much in the vacuum of space that he could not get back into the spacecraft. He had to open a valve to vent oxygen from his suit to be able to fit through the hatch."

His March 1965 spacewalk lasted 12 minutes and 9 seconds, but in that time Leonov made world history, and beat his American rival Ed White in the same endeavor by 3 months. He participated in a second space trip in 1975, and later became Chief Cosmonaut, commander of the Soviet cosmonaut team.


Leonov was also an accomplished artist, film screenwriter and memoirist. At the time of his death, Alexei Leonov was survived by wife Svetlana Dozenko, daughter Oksana, and two grandchildren. A second daughter Viktori predeceased him. In his final year of life, he was honored with a spacewalk and congratulatory message from space. 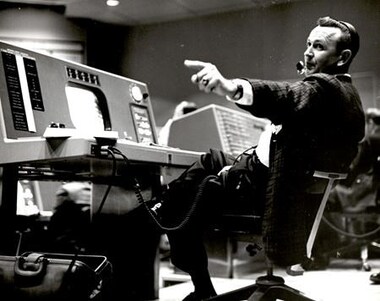 "Scientists say there is no life on the moon. I look at the moon today, see the faces from NASA, industry, science and academe who brilliantly sent Americans to that place, and I know differently. The people of Mercury, Gemini, and Apollo are blossoms on the moon. Their spirits will live there forever. I was part of the crowd, then part of leadership that opened space travel to human beings. We threw a narrow flash of light across our nation’s history. I was there at the best of times."

Chris Kraft was NASA's first flight director. Responsible for creating and leading NASA's Mission Control, he was a "guts-of-steel" engineer who '"held the success or failure of American human spaceflight in his hands," Neil Armstrong, the first man-on-the-moon, told The Associated Press in 2011.'


Chris Kraft died just days after the anniversary of the moon landing, a historic event that he helped design. He worked on several iconic moments in early space exploration, including the first human orbit around Earth, and the first American spacewalk by Ed White (three months after Alexei Leonov's). 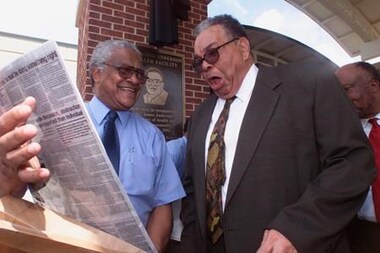 The advancement of human knowledge is nothing without a practical application that benefits real people. Mississippi doctor James Anderson used his education to better society by making medical costs more accessible to "low-income, uninsured and minority communities."


Anderson's commitment to improving the health of minority communities spanned his whole career. In that time, he became one of the first three African-American doctors to get full Mississippi State Medical Association hospital privileges. He was instrumental in creating the Jackson-Hinds Comprehensive Health Center, and served as the CEO until he retired. During the Civil Rights Movement, Anderson freely provided medical treatment to student protesters. 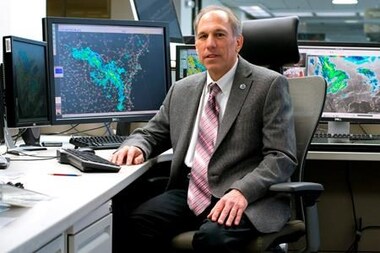 William Lapenta was a leading weather scientist and director of the National Oceanic and Atmospheric Administration’s National Centers for Environmental Prediction when his life was cut tragically short at the age of 58.

Despite National Weather Service warning about a high risk of rip currents, Lapenta was swimming solo in on North Carolina Outer Banks. He drowned in the rough seas, and despite lifeguards' attempts to rescue him, William Lapenta was confirmed as dead at the scene. He was survived by his wife Cathy, who is a fellow meteorologist.


Each year, Beyond the Dash pauses to reflect on the year's losses. Because of critical thinking innovators like the scientists on this list, our explanations of the natural world are more comprehensive, and more unearthed knowledge exists for other minds to build upon.