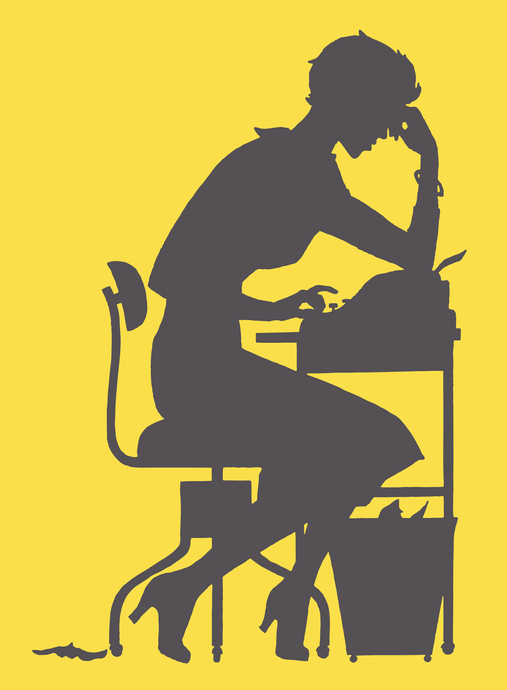 When someone is remembered more for their bad deeds and characteristics than their good ones, sometimes their survivor remembers them with a mean obituary. (Getty Images)

The decisions we make every day determine the ways in which we'll be remembered. No one is perfect, but there are some people who make it very difficult to love them.


When it comes to memorializing the dead, surviving family members are likely to be complimentary, even when their relationship with the deceased person was strained. However, these 5 families couldn't bring themselves to gloss over unhappy family dynamics.


The most recent mean obituary to go viral tells the story of Kathleen Dehmlow. Her children wrote the blistering obituary begins like many others, with her birth. At first, it seems like a typical newspaper death notice: "She married Dennis Dehmlow in 1957 and had two children Gina and Jay."


But then the story moves into darker territory when it becomes clear that the deceased woman had become "pregnant by her husband's brother Lyle Dehmlow and moved to California." Written by her children, the obituary turns from a simple accounting of a life, to a brutally honest description of a family that was torn apart by an affair.


Unfortunately, the bad blood did not end with the death of the Dehmlow matriarch, as the obituary ends: "She will not be missed by Gina and Jay, and they understand that this world is a better place without her." The short and sweet notice leaves no question about the mark Kathleen Dehmlow left on her children, and forms part of her permanent legacy.


Dolores Aguilar's obituary is the 'original' mean obituary. Though obituaries haven't always been complimentary, but obituaries archived online have only become a common practice in the last 15 years or so. This obituary has even been plagiarized and used as a template for another mean obituary years later.


Over 10 years ago, in the summer of 2008, Dolores Aguilar passed away and was immortalized not for her good deeds and kindness, but for the pain she inflicted on her family:


"Her family will remember Dolores and amongst ourselves we will remember her in our own way, which were mostly sad and troubling times throughout the years. We may have some fond memories of her and perhaps we will think of those times too. But I truly believe at the end of the day ALL of us will really only miss what we never had, a good and kind mother, grandmother and great-grandmother. I hope she is finally at peace with herself. As for the rest of us left behind, I hope this is the beginning of a time of healing and learning to be a family again."


Most brutally honest obituaries found online begin with civility and then descend into the story of a flawed human who is survived by relatives who resent them.


This is not the case in the obituary of Leslie Ray Charping, whose family comes right out with it in the very first line: "Leslie Ray "Popeye" Charping was born in Galveston, Texas on November 20, 1942 and passed away January 30, 2017, which was 29 years longer than expected and much longer than he deserved."


It goes on to explain that the patriarch was an abusive man who hurt his family time and time again:


"Leslie was surprisingly intelligent, however he lacked ambition and motivation to do anything more than being reckless, wasteful, squandering the family savings and fantasizing about get rich quick schemes. Leslie's hobbies included being abusive to his family, expediting trips to heaven for the beloved family pets and fishing, which he was less skilled with than the previously mentioned. Leslie's life served no other obvious purpose, he did not contribute to society or serve his community and he possessed no redeeming qualities besides quick whited (sic) sarcasm which was amusing during his sober days."


The story of Leslie Ray Charping is a cautionary tale: If you don't live well, you won't be remembered well. The people closest to you in life are likely to be the ones responsible for your permanent memorialization. Though mean obituaries are rare, treating others with kindness is the only way to guarantee you will be remembered kindly.


Those who have been scathingly remembered with a mean obituary share one common factor: Their children are usually the writers seeking revenge. This was also the case with the obituary of Marianne Theresa Johnson-Reddick. She passed away in August of 2013, leaving behind six children who had no pleasant memories of the mother who raised them:


"She is sur­vived by her 6 of 8 children whom she spent her lifetime torturing in every way pos­sible. While she neglected and abused her small chil­dren, she refused to allow anyone else to care or show compassion towards them. When they became adults she stalked and tortured anyone they dared to love. Everyone she met, adult or child was tortured by her cruelty and exposure to violence, criminal activity, vulgarity, and hatred of the gentle or kind human spirit."


Though it may be difficult for some to understand such a contentious relationship of mother to children, these dynamics in families aren't unheard of. When an abusive parent passes away, the grief for their surviving children is painful and complicated. It's not surprising that bad blood sometimes seeps into the life story.


The year before the death of Kathleen Dehmlow, the death of Gainsville resident Cornelia June Rogers Miller caused some major family drama when a member of the Miller family placed a brazen, controversial version of her life story in the Cherokee Scout. The obituary claimed she "died alone after a long battle with drug addiction and depression," and details the life of a person who "had no hobbies, made no contribution to society and rarely shared a kind word or deed in her life."


What's different about this mean obituary is that it was hotly contested by family members, with her two sons claiming their mother was the victim of a nefarious sister with a grudge against her mother. It was found that many of the lines in this obituary were lifted from another famously mean obituary on this list, the life story of Dolores Aguilar! The plagiarized obit included same and similar lines, including, "There will be no service, no prayers and no closure for the family she spent a lifetime tearing apart."


The family of Cornelia June Rogers Miller have corrected the story in the Cherokee Scout—you can read their version of the life story here.


Brutally honest obituaries are always a controversial topic. Many people can't fathom the idea of writing an obituary that airs dirty family laundry. After all, if you don't have anything nice to say, why say it at all? But obituaries are a medium for telling life stories, and life (as everyone knows) is messy.


The obituary writer may be sending a message to live well. Perhaps they need a brutally honest tribute in order to find closure. Writing a mean obit can also say a lot about the character of the writer. Whether or not you agree with the decision to write a mean obituary, there's no denying that a savage obituary makes a strong point about treating others with kindness.