The Top 5 Funniest Obituaries of All Time

These irreverent life stories get the last laugh 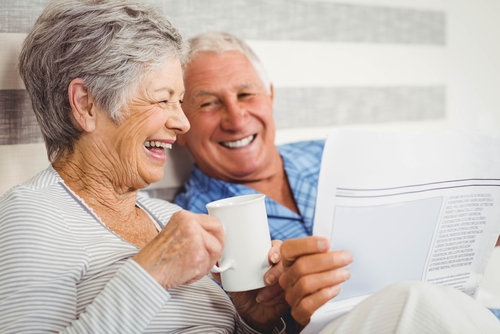 It seems fitting that those who led funny lives have funny obits. After all, obituaries are more about life than death. (Shutterstock)

When you think of obituaries, the first thing that comes to mind probably isn't humor. But funny people often lead funny lives, and sometimes that essence is captured in their obituary story. Funny obituaries are understandably rare, but when a family chooses a lighthearted approach to a deceased loved one's obituary, the results usually generate a lot of public interest, sometimes even going viral.


Today we are looking at some of the most humorous viral obituaries of all time.


Jim Groth's obituary is a sarcastic retelling of his life story—and an extremely funny one at that! Though his obituary closely follows the conventions of a traditional life story—detailing his career and personal milestones, listing predecessors and survivors, and funeral arrangements—every sentence exudes Jim's cynical style of humor:

"Jim's employment history was standard, College recruiter, Oyster Shucker, YMCA executive director, and for the past 16 years Industrial Construction Project Management. He had two basic philosophies regarding work: "careers are for the unimaginative" and, "surround yourself with great people and stay the hell out of their way."

In this "last wildly inappropriate and probably sarcastic" story about Jim's life, his sense of humor shines through, showing the man of honor to be fun-loving and somewhat flippant about his own demise: "Jim died knowing that Monty Python and the Holy Grail was the best movie ever. Bruce Springsteen best recording artist, Clint Eastwood the baddest man on the planet, and that chicks dig El Caminos."


But everyone has regrets in life, and Jim Groth is no exception: "His regrets were few but include eating a rotisserie hot dog from a convenience store in the summer of 2002, not training his faithful dog Rita to detect cancer, and that no video evidence exists of his prowess on the soccer field or in the bedroom. "


Evidence of Jim Groth's prowess as a hilarious, irreverent and kind person is recorded, however, in this obituary story, putting it at the top of this list.


Scott E. Entsminger was an Ohio man through and through: he was born and raised in the Buckeye State—and it goes without saying, he was a diehard fan of the Cleveland Browns. His obituary tribute, originally published in The Columbus Dispatch in July of 2013, detailed his lifetime of fandom for the football team:

"He...wrote a song each year and sent it to the Cleveland Browns as well as offering other advice on how to run the team."

But like most relationships, Scott's connection with the Cleveland Browns was not without its fair share of disappointments. His family included his one, final wish for his bodily remains:

"He respectfully requests six Cleveland Browns pall bearers so the Browns can let him down one last time."

The zinger got the attention of the team who disappointed their number one fan. At his funeral, the team honored Scott's family with a Cleveland Browns jersey, bearing the name of the deceased fan, as well as No. 76, the number of Scott's favorite Browns Hall of Famer, Lou Groza.


The winless Cleveland Browns also attracted the obituary ire of fan Paul Stark, an Ohio man who passed away in December of 2017. His obituary attributes his death to "complications from a brief illness, exacerbated by the hopeless condition of the Cleveland Browns."


This obituary may seem more savage than funny, but it goes on to say, "Paul passed just before the Browns were prepared to turn the corner, but had many well-earned blessings." It's a friendly jab at a team who always dashed his hopes for a Super Bowl win, despite his eternal optimism.


Hopefully, for Scott, Paul and Ohio fans everywhere, the Browns can get a win one of these years.


Selfie obituaries are some of the funniest out there. Perhaps because the lightheartedness about death comes directly from the mouth of the deceased person, selfie obituaries give us permission to laugh with the dead about life.


Val "Rocky" Patterson died on July 10th, 2012, but his selfie obituary teaches both serious and playful lessons about life. Dying of throat cancer, Val wrote his own life story with a confessional, flippant attitude toward his own death:

"As it turns out, I AM the guy who stole the safe from the Motor View Drive Inn back in June, 1971. I could have left that unsaid, but I wanted to get it off my chest. Also, I really am NOT a PhD. What happened was that the day I went to pay off my college student loan at the U of U, the girl working there put my receipt into the wrong stack, and two weeks later, a PhD diploma came in the mail. I didn't even graduate, I only had about 3 years of college credit. In fact, I never did even learn what the letters "PhD" even stood for. "

Val's obituary ensures he leaves no unfinished business on earth: "To Disneyland – you can now throw away that "Banned for Life" file you have on me, I'm not a problem anymore – and SeaWorld San Diego, too, if you read this."


Despite all the laughs, Val's obituary ultimately has a lot to say about regret:

"My regret is that I felt invincible when young and smoked cigarettes when I knew they were bad for me. Now, to make it worse, I have robbed my beloved Mary Jane of a decade or more of the two of us growing old together and laughing at all the thousands of simple things that we have come to enjoy and fill our lives with such happy words and moments. My pain is enormous, but it pales in comparison to watching my wife feel my pain as she lovingly cares for and comforts me. I feel such the "thief" now - for stealing so much from her - there is no pill I can take to erase that pain."


Terry Ward's is another funny obituary that achieves hilarity by masquerading as a traditional life story, before making glib and cheeky remarks about the life of a dead man:

"He despised "uppity foods" like hummus, which his family lovingly called "bean dip" for his benefit, which he loved consequently. He couldn't give a damn about most material things, and automobiles were never to be purchased new. He never owned a personal cell phone and he had zero working knowledge of the Kardashians."

Those who survived Terry Ward play along with a begrudging love for him in this final tribute. Their love for him shines through, but they don't ever attempt to gloss over the failings of a man who was very much a flawed human being: Terry is survived by his overly-patient and accepting wife Kathy, who was the love of his life (a fact she gladly accepted sympathy for during their 48 years of marriage).


From boasting that "only three of his teachers took an early retirement after having had him as a student," to listing his many passions ("He enjoyed many, many things. Among those things were hunting, fishing, golfing, snorkeling, ABBA, hiking Turkey Run, chopping wood, shooting guns, Bed Bath & Beyond, starlight mints, cold beer, free beer, The History Channel, CCR, war movies, discussing who makes the best pizza, The Chicago White Sox, old Buicks, and above all, his family."), this is one of the funniest obituaries out there.


A darker sense of humor


Obituaries do not have to be solemn and serious in order to pay tribute to a life lived. If the person being remembered was funny, unique, quirky or at times irreverent, mirroring those qualities in the life story makes for a memorable obituary. These funny obituaries remind us that love, laughter and living a good life are important when looking back on the life of someone who has passed away.


Those who can laugh at death hold great power. Death will be the end of all of us, but these obituaries remind us that those who live good lives have nothing to fear from death.

The "If and Then" stage
See all
Your loved one had a remarkable life. Tell their story, and we’ll publish it online for free.