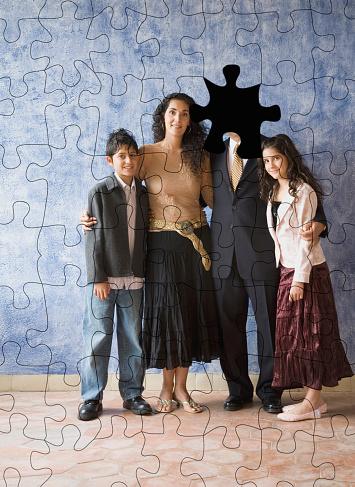 Leaving a relative out of an obituary may seem like a good idea, but it's important to think carefully before omitting someone from a life story. (Getty)

As someone who's spent years moderating comments on obituary guestbooks, I've seen my fair share of family drama. Death has a way of bringing dormant tensions to the surface in families, and those tensions can be reflected in the obituary story or guestbook.


Most often, this comes in the form of leaving certain relatives out of the obituary.


Who should be included?


In a typical obituary, relatives are listed as either predecessors (those who preceded in death the person being honored) or survivors (those who have outlived the deceased person). People usually listed in obituaries are:


But just because someone doesn't quite fit into any of these listed roles doesn't mean they can't be a part of the obituary. And it doesn't mean they have to be included either. The obituary writer has a choice of who to include, but omitting direct relatives is likely to spark controversy within a family.


Why do some families exclude relatives from an obituary story?


All families and circumstances are different, but in my experience as a moderator of obituary guestbook content, there are some common scenarios that provoke an obituary writer into deliberately omitting someone from an obituary story.


Unless you write a thoughtful auto-obituary (a self-penned obituary to be published upon your death), you can't control exactly how you are remembered. The people who love you want to take care of your legacy, but that can lead to bias—particularly during a hyper-emotional time such as when death has occured. Even with the best of intentions, survivors sometimes misrepresent aspects of a deceased loved one's life that conflict with their own bias.


For example, a well-meaning obituary writer might leave a cordial ex-spouse out of an obituary, even if that spouse was the parent of surviving children. These kinds of omissions are often controversial within families. It can be seen as an attempt to rewrite history.


The person writing the obituary might also experience rage against anyone who's ever caused harm (real or imagined) to the deceased person. This is a common grief reaction for many people, and can significantly affect the obituary writer's sense of responsibility in memorializing the person who's recently passed.


Who is commonly left out of obituary stories?

When a parent leaves their family and makes little or no effort to continue their parental role and involvement, they leave a legacy of pain with their family. Even if they return to resume their duties in the family years later, damage has been done.


Rather than mentioning the abandonment that occured in the story, some obituary writers will simply exclude an absentee parent, instead naming a step-parent or other parent figure who stepped up to help.

Another common reason obituary writers will exclude a family member from the final life story is when bad blood in a family has led to yearslong tensions. Estranged siblings, relatives who no longer speak, and family members who disagree on fundamental issues account for a large percentage of conflict in obituary guest books.

One of the most common guestbook complaints regarding obituary stories is when a child is omitted. Whether the child is young or grown, it ruffles family feathers to see a biological child removed from their parent's final story and legacy.


If you are writing an obituary, you are charged with a heavy, essential task. It's important to get this story right, even if minimizing family drama means being the bigger person. This is particularly true if you, as the obituary writer, have beef with anyone listed in the final life story.


Though these are the most common kinds of conflict I see in obituary guest books, the scenarios are endless. If you are involved in the memorialization of a loved one, consider writing a thoughtful, accurate and objective obituary story in honor of your loved one.


Ultimately, any wishes left by the deceased person should be honored. Consider their life, personality and views and execute their story accordingly. However, it's important to be sensitive to others who were related to the deceased person. A missing name from an obituary often tells its own story, and it's up to you to understand the impact.

Related Blog Posts
Obituary Politics: Leaving Survivors Out of the Life Story
Consider all options before omitting relatives
Obituary Writing: Remembering the Good, Bad and Ugly
How to write a positive, honest tribute in the days following a death
Obituary Scams: Frauds That Prey on Grief
Don't get duped when a loved one passes away
Listing Family Members in an Obituary
Who should be included?
See all
Having trouble writing an obituary? Try our free interactive obituary template.

Involvement in the cremation process helps families say goodbye
See all
Your loved one had a remarkable life. Tell their story, and we’ll publish it online for free.

Get started for free
Discover our blog
Obituary Politics: Leaving Survivors Out of the Life Story
Consider all options before omitting relatives
Obituary Writing: Remembering the Good, Bad and Ugly
How to write a positive, honest tribute in the days following a death
Obituary Scams: Frauds That Prey on Grief
Don't get duped when a loved one passes away
Listing Family Members in an Obituary
Who should be included?
View more