Obituaries That Went Viral For All The Right Reasons 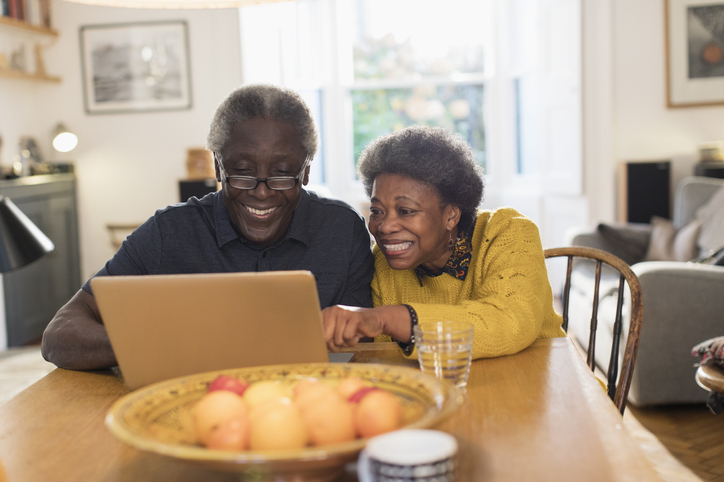 Some obituaries tell such a special story that even strangers notice. What are some of the good reasons obituaries go viral? (Getty)

Life stories are emotionally charged for many reasons. When a death occurs, the person charged with writing the obituary story has many challenging decisions to make. Who should be included? What are the most important points in the deceased person's life to highlight? What is there to say about the nature of life from this death?


Obituaries that go viral often touch readers in a rare and meaningful way. What traits do viral obituaries share?

When someone dies under tragic or preventable circumstances, their survivors may feel moved to make a statement in the obituary story as a call to action. This is most often seen in cases of deaths that were preventable or wrongful deaths.


In December 2018, Andrew Robert Black, of Vermont, died by a self-inflicted gunshot wound. His obituary tells the story of a young man who "found beauty in everything he saw," who was "fascinated by the art and science of using traditional ingredients to create innovative Vermont beers. Toward that end, he was a valued employee at 'Lawson's Finest Liquids' where he was learning his craft."


With such a bright future ahead of him, it's difficult to say why the 23-year-old bought a gun on the morning of December 6th and shot himself four hours later. The story gained nationwide attention in the aftermath of Black's death, due to the call to action included in the final paragraph of his obituary:

"Additionally, the family asks that you please consider lobbying your State Representative with the following: 'In honor of Andrew R. Black, we ask that you work for legislation that imposes a reasonable waiting period between firearm purchase and possession to provide a cooling off period to guard against impulsive acts of violence.'"

Black's family believes their son would be alive today had he been forced to wait 24 to 48 hours before taking possession of his firearm after purchasing it, and so are calling for stricter laws. They want to prevent future deaths by ensuring anyone having a "bad day" can't gain access to a gun before getting a chance to rethink their situation.


Obituaries that call for change are remarkably powerful, as they are written during and in response to a tragedy. For readers of stories of those who're gone too soon, these kinds of obituaries are a reminder that we have the ability to reduce some deaths through legislation, charity initiatives and activism.

Some obituaries draw attention to unfair or outdated social stigmas surrounding death. Gone are the days of blaming or shaming victims of suicides or drug-related deaths. Modern obituaries reflect changing societal attitudes toward these issues, and seek to show readers the humanity of the person who has passed away.


Recently, an obituary went viral for showing a life overshadowed by addiction. The family of Madelyn Linsenmeir published a detailed obituary in honor of her life—a life of trying "harder and more relentlessly to stay sober than we have ever seen anyone try at anything."

"It is impossible to capture a person in an obituary, and especially someone whose adult life was largely defined by drug addiction. To some, Maddie was just a junkie — when they saw her addiction, they stopped seeing her. And what a loss for them."

Loving, compassionate, direct and complimentary, this obituary acknowledges the addiction that changed the course of Madelyn's life, while reminding readers that she was a human being. Managing even to stay positive while simultaneously chiding those who shame those with an addiction, the obituary writer uses this published story to shine light on issues that affected the deceased woman.

Obituaries that go viral are frequently humorous. Laughing in the face of death is a powerful and unexpected way to process grief, and keeping an obituary light makes reading about death more comfortable for many.


Terry Ward's is another funny obituary that achieves hilarity by masquerading as a traditional life story, before making glib and cheeky remarks about the life of a dead man:

"He despised "uppity foods" like hummus, which his family lovingly called "bean dip" for his benefit, which he loved consequently. He couldn't give a damn about most material things, and automobiles were never to be purchased new. He never owned a personal cell phone and he had zero working knowledge of the Kardashians."

From boasting that "only three of his teachers took an early retirement after having had him as a student," to listing his many passions ("He enjoyed many, many things. Among those things were hunting, fishing, golfing, snorkeling, ABBA, hiking Turkey Run, chopping wood, shooting guns, Bed Bath & Beyond, starlight mints, cold beer, free beer, The History Channel, CCR, war movies, discussing who makes the best pizza, The Chicago White Sox, old Buicks, and above all, his family."), this is one of the funniest obituaries out there.

Writers often follow the conventions of the genre in which they are writing, but breaking writing conventions can be a powerful way to tell a story. Obituary writers tend to be mostly conservative in this regard, modestly summarizing the deceased person's life and accomplishments, listing family members and noting the funeral arrangements that are planned.


One Delaware family took the obituary of their loved one in quite the opposite direction. It tells the story of a man who, dying of cancer, fled his hospital room, commandeered a single-engine plane, and disappeared off the coast of Rehoboth Beach. But that's not the only mysterious thing about his death.


According to Rick Stein's obituary, after his death it became clear that "no one in his life knew his exact occupation." From declaring him a "political satirist for the Huffington Post" to "a trail guide in Rocky Mountain National Park" to "a jeweler and oriental rug dealer," everyone in his life seemed to have a different version of his life story.


It goes on to say: "the only person who might be able to answer the question, who is the real Rick Stein is his wife and constant companion for the past 14 years, Susan Stein. Detectives say they were unable to interview Mrs. Stein, however neighbors say they witnessed her leaving the home the couple shared wearing dark sunglasses and a fedora, loading multiple suitcases into her car. FAA records show she purchased a pair of one-way tickets to Rome which was Mr. Stein's favorite city."


The obituary writer presents this wild account of Stein's life, and then another version: "Another story is that Rick never left the hospital and died peacefully with his wife and his daughter holding tightly to his hands. You can choose which version you want to believe or share your own story about Rick with us at the Greenville Country Club."


It leaves the reader to question the nature of the family's grief, and the desire to die "large" when illness quietly claims a life. Breaking the conventions of the traditional obituary makes for a rare story, that leaves a memorable impression.


What can we learn from the stories of the dead?


When an obituary writer pens a thoughtful life story, people notice. The stories of the dead have the ability to touch those who read them. Death is the ultimate end for all of us, and reading about the ways in which someone lived out their life is an emotional experience, and sometimes a learning opportunity too.