5 Obits With a Point to Prove 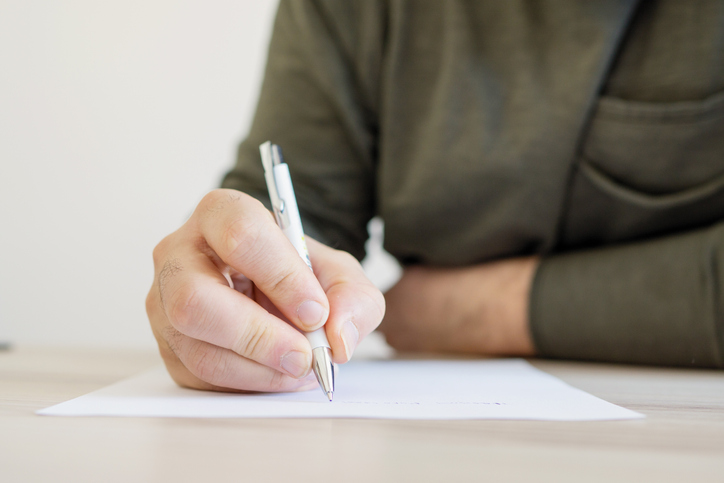 Words have power. These 5 families used their loved ones' obituaries to make points about society, and better the world.

Obituaries are a powerful medium. Though most obits focus on the life and accomplishments of the deceased person, some families use this story as an opportunity to share a larger message. Because these stories are usually as a response to a recent death, the message can be more impactful.


These five obituaries used this genre of life storytelling to make broader points about social issues, politics, and things that were dear to the writer's heart.


Delaney Farrell passed away in the summer of 2017, following a "long and hard battle with drug addiction." Rather than keep silent about the manner of Delaney's death, her family used her obituary to start a conversation about addiction.


Her obituary goes into great detail, mentioning accomplishments big and small — even lauding the fact that "at 23 years old, she never had a cavity." Her family shares special memories, writing that, "When she was younger, she would often write silly stories about her family or her beloved pets, including her many dogs, cats, rabbits, squirrels, horses and even a llama." However, they don't shy away from the sad circumstances of Delaney's death:

"Delaney would also write in her journals or on just random pieces of paper; some were private but some she would share. She forwarded one of her last entries to her sister, which depicts the pain and suffering that she was enduring throughout this horrific drug epidemic that has affected so many families in this country. Her soul is finally at peace."

Delaney used her writing ability to capture the reality of living with addiction. In the obituary story, her family includes Delaney's original poem about addiction, which went viral soon after. Thousands of people left messages of love and support on the digital obituary. People who know or lost loved ones to addiction, people battling their own addictions, and others who simply happened upon the obituary were touched by the honest life story.


Delaney Farrell's obituary humanized people facing drug addictions. In doing so, there was an outpouring of community support and understanding. This is just one example of how an obituary can play a role in leading social change.


Ellen Maud Bennett died just days after being diagnosed with inoperable cancer. The last few years of her life, Ellen sought medical advice and a diagnosis. No doctors took the time to investigate or test her symptoms until it was too late. The reason? Ellen was overweight.


She used her obituary story to slam fatphobia in the medical community. Though weight is a factor in health, many doctors do not adequately treat overweight patients, as was the case in Ellen Maud Bennett's death. In many cases, patients who are overweight are ignored, even when there are clear symptoms that something more sinister is going on:

"A review of studies published in the journal Obesity Reviews in 2015 surveying empirical evidence across multiple disciplines showed that health care professionals' negative feelings about fat bodies can lead to misdiagnosis and late or "missed" diagnoses, negatively impacting patient outcomes."

In her final days, she prepared a message to be included in her forthcoming obituary:

"A final message Ellen wanted to share was about the fat shaming she endured from the medical profession. Over the past few years of feeling unwell she sought out medical intervention and no one offered any support or suggestions beyond weight loss. Ellen's dying wish was that women of size make her death matter by advocating strongly for their health and not accepting that fat is the only relevant health issue."

Her obituary packs a punch, and contains a message of self-advocacy for others who may be unwittingly receiving inadequate medical treatment due to their weight.


According to Andrew Robert Black's obituary, he was a young man "who loved hiking the Green Mountain Trails and found beauty in everything he saw." But on December 6, 2018, the 23-year-old purchased a firearm and used it to end his own life just a few hours later.


The obituary reads as a tribute to the young man's life, and does not mention the details of his suicide. At the end of the story, the family noted this call to action:

"In lieu of flowers, the family asks that donations in Andrew's name be made to the Green Mountain Club. Additionally, the family asks that you please consider lobbying your State Representative with the following: 'In honor of Andrew R. Black, we ask that you work for legislation that imposes a reasonable waiting period between firearm purchase and possession to provide a cooling off period to guard against impulsive acts of violence.'"

This note tells the story of the death indirectly, in the form of a call for action. The family used their son's obituary story as an opportunity to share a message with the community, in hopes of preventing future deaths. This story is a perfect example of using an obituary to make political change.


When asked about the press attention garnered by her son's obituary, Alyssa Black said the family did not expect the story to go viral: "We were just trying to reach people like us," she told the Burlington Press Press.


Jeffrey H. Cohen's obituary is a playful ode to a man who could 'ride horses, chew tobacco, and "shovel more horse manure than you've ever seen in your life."'


His story, like Ellen Bennett's and Delaney Farrell's, really digs into his life achievements, always keeping a good sense of humor:

"Jeff opened his private practice on April Fools Day 1976, and would often joke that in those early years he had two waiting rooms: one where the patients would wait, and one where he would wait for the patients. In time his practice grew and he became a renowned chiropractor, helping thousands of people in Pittsburgh and around the world. He became known as "The Chiropractor to the Stars," treating Gold Medal winning Olympians, members of Pittsburgh Ballet Theatre and the Pittsburgh Symphony, and professional boxers."

It's a beautiful life story, and it truly honors Jeffrey Cohen for his unique personality, professional accomplishments, and the loving family left behind to mourn. However, his obituary does have a point to prove: "Jeffrey would ask that in lieu of flowers, please do not vote for Donald Trump."


According to Rick Stein's obituary, after his death it became clear that "no one in his life knew his exact occupation." From declaring him a "political satirist for the Huffington Post" to "a trail guide in Rocky Mountain National Park" to "a jeweler and oriental rug dealer," everyone in his life seemed to have a different version of his life story.


It goes on to say: "the only person who might be able to answer the question, who is the real Rick Stein is his wife and constant companion for the past 14 years, Susan Stein. Detectives say they were unable to interview Mrs. Stein, however neighbors say they witnessed her leaving the home the couple shared wearing dark sunglasses and a fedora, loading multiple suitcases into her car. FAA records show she purchased a pair of one-way tickets to Rome which was Mr. Stein's favorite city."


The obituary writer presents this wild account of Stein's life, and then another version: "Another story is that Rick never left the hospital and died peacefully with his wife and his daughter holding tightly to his hands. You can choose which version you want to believe or share your own story about Rick with us at the Greenville Country Club."


This dual interpretation of a life provokes many questions for the reader. Does death define life? Does dwelling on the manner of death take away from a life story? Rick Stein's obituary seems to suggest that paying too much attention to end-of-life suffering can detract from what's important.


The genre of obituary writing is one that seldom breaks conventions. However, stories that stray from the beaten path often have lessons to teach, and points to prove. These obituaries are just five of the notable life stories that have used a death to show readers more about life.


Want to read more incredible life stories? Click here to browse obituaries on Beyond the Dash.


Ready to write? Get started on a loved one's obituary today. It's completely free to publish and share stories on Beyond the Dash.