How One Woman's Obituary Exposed Fatphobia in the Medical System

"Over the past few years of feeling unwell she sought out medical intervention and no one offered any support or suggestions beyond weight loss." 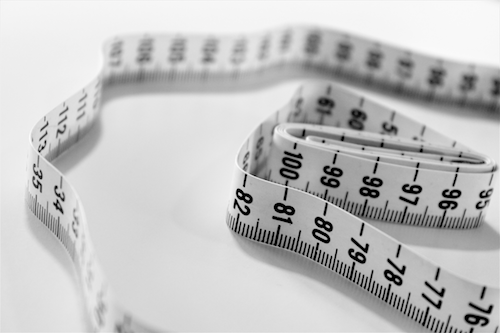 Ellen Maud Bennett's obituary caused a stir online and in the medical community with its one simple message: Stop fat shaming your patients.

"A final message Ellen wanted to share was about the fat shaming she endured from the medical profession. Over the past few years of feeling unwell she sought out medical intervention and no one offered any support or suggestions beyond weight loss. Ellen's dying wish was that women of size make her death matter by advocating strongly for their health and not accepting that fat is the only relevant health issue."

Ellen finally received a diagnosis after years of doctor visits had failed to provide any recommendations other than to lose weight. But the sudden prognosis only gave her days to live. All that time, doctors had overlooked signs that she was in fact suffering from cancer. She died just days later. According to Ellen's obituary, "She chose to fill these days with humour, love, death bed edicts and exacting demands."


The honest obituary brought to light the real, and deadly, impacts of fatphobia in the medical profession.


Fatphobia is defined as the "fear and dislike of obese people and/or obesity." However, the effects of fatphobia are much more sinister than simple dislike. In a beauty-obsessed society, fat becomes shorthand for lazy, unhealthy, and unworthy. People of size face constant judgment, discrimination and blame. They are frequently berated for protesting this mistreatment.


Weight is a factor in many medical issues. In the United States, obesity is an epidemic, and obesity rates continue to rise around the world. While it is part of a physician's duty to inform patients of the link between weight and health, some argue that dismissiveness has become the norm when dealing with overweight patients. From depression, to chronic pain, to cancer, overweight patients often find their valid complaints boiled down to their weight — even when their symptoms or conditions are unrelated to size.


"It is true that many diseases are more commonly found in heavier people. However, that doesn’t mean that weight itself causes disease. Blaming fatness for heart disease is similar to blaming yellow teeth for lung cancer, rather than considering that smoking might play a role in both."


The public feels entitled to comment on and judge the bodies of overweight people under the guise of concern for their health. But there is evidence to suggest intentional weight loss often leads to weight gain and further health issues. People of size tend to get worse medical care than their thin counterparts, and avoid seeking medical care after bad experiences with physicians.


There's also evidence to suggest that lifestyle is more relevant to health than weight. Assuming that an overweight person must not eat well, exercise and maintain a healthy lifestyle only contributes to stigmas, and does nothing to help people. Some say this reveals hypocrisy of those who criticize weight under the guise of health.

"The 'war on obesity' discourse detrimentally impacts fat people by adding undue stigma and prejudice to being fat, especially when health care providers focus solely on weight loss as the solution to health concerns that may be completely unrelated to an individual’s weight and/or size."

The power of an obituary


The obituary genre is unique, as these life stories always depict the tale of a person who lived and then died. Some families use obituaries to highlight injustices that pertained to the life of the deceased person.


In the case of Ellen Maud Bennett's obituary, many readers were touched by the candid, but concise, criticism. Her thoughts from beyond the grave sent a chilling message about biases many people hold, whether knowingly or unknowingly. Her participation in the writing of her own obituary brings her own personality and views into the story, making it all the more powerful:

"This photo was taken one week before her death. She chose it for her obituary because as she said, 'I look so good for someone almost dead!'"


More and more, health care practitioners are seeing that the stigma of obesity can be worse for health than obesity itself. Issues with self-image plague people of all sizes, leading to mental and physical health issues.


Ellen Maud Bennett's obituary was not the first story of anti-fat bias leading to death, nor will it be the last. However, hers is one of the only obituaries, if not the first, to use the obituary genre to draw attention to this issue.


In response to the viral obituary, Obesity Canada released a statement. In it, they acknowledged the medical system's failures in diagnosing Ellen, as well as the damage that fatphobia can wreak on people's lives:

"Our Canadian healthcare system ignored or dismissed her years of complaints of feeling unwell and discomfort, simply brushing her off as needing to lose some weight. Doctors failed to properly investigate, did not take Ellen seriously, and could not see past Ellen’s weight. We failed Ellen."


Health is a private and personal matter for individuals and their physicians to handle. But when even doctors are biased against people of size, fatphobia can lead to preventable deaths and pain for their patients. Ellen Maud Bennett's obituary is a stark reminder of the dangers of stigma, as well as a call for society to rethink harmful attitudes.

What to expect when placing an obituary online and in print
See all
Your loved one had a remarkable life. Tell their story, and we’ll publish it online for free.