Decoding Vagueness in Obituaries: Cause of Death and Right to Privacy

"Died at home," "natural causes" and other phrases that don't explain anything 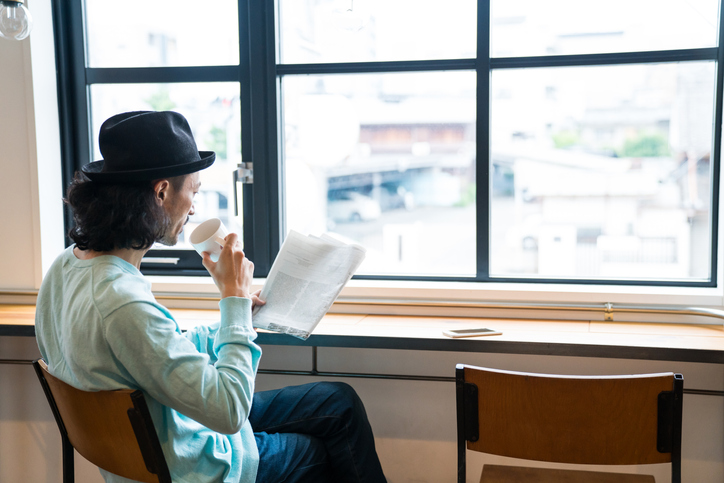 Sometimes you need to read between the lines in an obituary notice. Other times, you just need to mind your own business. (Getty Images)

Obituaries can be maddeningly vague. When someone passes away, it's natural to feel curious about the cause of death—particularly when the person died suddenly. Because obituaries are a form of public notice, families don't always share every detail of the death.


Unless you knew the deceased person well, it may be awkward to ask the family for details about the death. Some families prefer privacy when mourning a death, while others might see no harm in being candid about the circumstances. It is absolutely the family's right to choose their own level of privacy or openness in an obituary notice, and it is important for readers to respect this. Acquaintances, colleagues and friends never find out the true cause of death in some cases.


Common phrases used in obituaries and their meanings


There are several phrases than commonly work their way into obituaries. In general, the meaning of any vague wording is this:

"It's none of your business!"

It's worth remembering that your morbid curiosity probably isn't a priority to a grieving family. When an obituary is vague, it could mean that the family is keeping information strictly for family and close friends. It could also mean that the writer of the obituary could think of no more tactful way to put the tragedy into words. Whatever the possible reason, remember to tread lightly if you are thinking of asking.


However, some unclear but oft-repeated statements can be decoded. Here are some of the most common confusing phrases that you might find in an obituary story:

"Natural causes" can mean a lot of different things. In the context of an obituary, it usually means the person died following an illness, or from a sudden health event like a heart attack. Usually this line is included in an obituary to reassure readers of the obituary that the death was not the result of an overdose or violence. This wording can dissuade further questions from curious acquaintances.

When someone passes away with little to no warning, the family sometimes includes a mention of the circumstances by saying the person "died unexpectedly." This phrasing confirms that the death was unanticipated, but there is little else to glean from it. It could mean anything: sudden illness, choking, an accident, a violent crime, suicide, overdose and, really, almost any other kind of death. This phrase is also used sometimes when a terminally ill or elderly person dies without warning.


There's no way to determine cause of death from "died unexpectedly." However, you can determine that the topic is likely sensitive at this time. Proceed with tact and an abundance of caution before asking anyone for details.

"Died at home" may be the most vague and uninformative phrase you come across in an obituary. This wording is often used to provide context to a death, even though it doesn't say anything about the circumstances. Many believe that this is coded language for an overdose or suicide, but this is not always the case. Discern what you might from the knowledge that the person died at home, but do not assume this without confirmation.

This phrasing appears in obituaries to assure readers that the death was not violent or needlessly painful. Particularly when a death was sudden, this lets readers know that there was likely no violence or unintentional death behind it. While the exact circumstances might be private, this helps keep the obituary light enough to fend off assumptions or worry.

"In lieu of flowers…"

After a death, having flowers around can be life affirming. Flowers have always had a place in mourning rituals, and many flowers have specific meanings in the context of a funeral. In many communities, it is appropriate to send flowers to the funeral home upon hearing the news of a death.


However, not all families appreciate this gesture. Many times funeral flowers end up left behind at the funeral home. Funerals can be expensive, and families struggling to pay for funeral expenses may prefer donations to memorial expenses, a charitable cause or some other special request. If they mention this in the obituary, respect their wishes as best you can.


Many families are uncomfortable publishing cause of death in the newspaper, but are okay with telling others what happened in person. In the coming weeks or months the true circumstances of the death may be revealed. Depending on the circumstances, revealing the cause of death in an obituary can erode a person's dignity. Circumstances surrounding death can take away from what is really important: remembering the person who has passed and commemorating their accomplishments.


It can be frustrating when vague wording clouds an obituary. However, it's important to understand the true meaning behind it: The family would prefer privacy at this time. Respect them while they grieve.