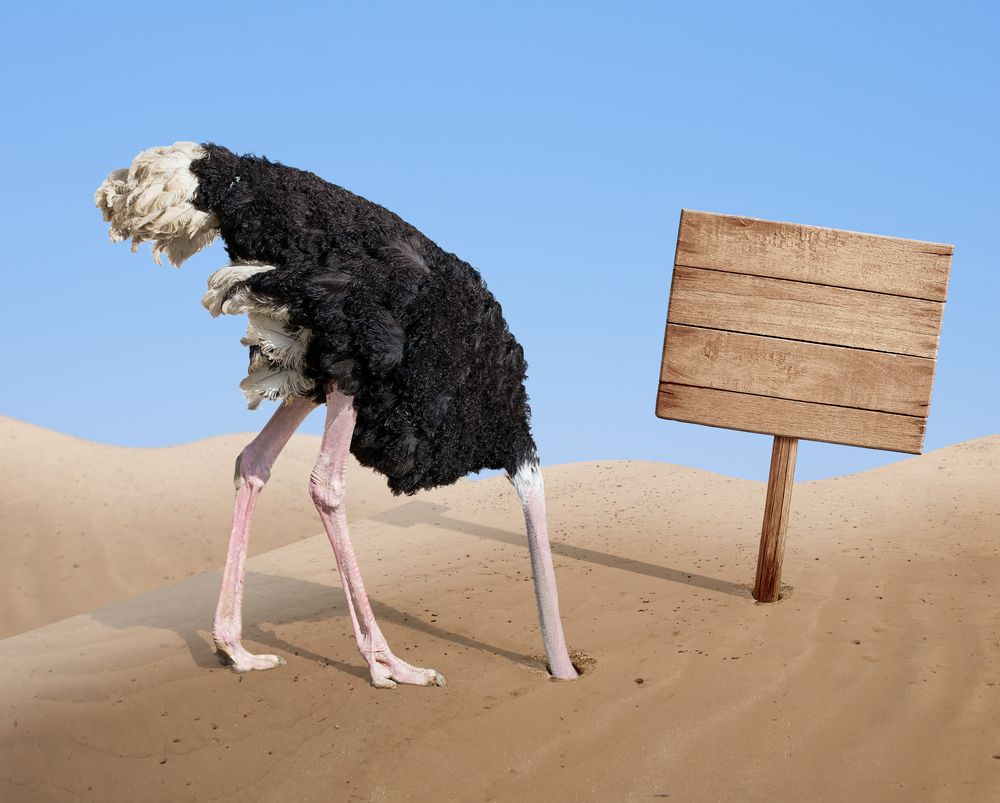 Denial is a common reaction to the loss of a loved one. It will pass as you move through the stages of grief. (Shutterstock)

I was at my father's funeral, four months after burying my mother, thinking this has got to be a joke. Newly orphaned, mid-semester in university, broke as a joke and the new co-guardian of my 16-year-old sister, I had way too much on my plate. As I listened to stories about him with my devastated grandma shivering beside me, I felt that chest-tightening, whoa-I'm-going-to-ugly-cry feeling. I was pretty sure I was about to be the family disgrace and ruin dad's funeral.


Just then from behind the eulogist podium came my dad! Smiling and joking, this was just the kind of tasteless prank he'd pull—a test of us all to see how we'd react to his demise. Ha ha, dad. Not cool, but glad you're alive.


Oh actually. Nope, he's still dead. That's just denial. When it feels like the universe exists just to troll you, it's probably just your traumatized brain playing tricks on you. The first rule of denial is don't trust a thing your grief-stricken mind thinks, because it's a liar, liar, pants-on-fire.


Your brain will lie to you


When stuff is just too tough to process, our brains will invent ways to make sense of and sort information. This is why we get vertigo when a train is passing, how we see optical illusions, and what happens when memories fade. Our minds will skip the journey to get to the destination because it helps us function better, and survive.


Denial is known as the first stage because it includes the shock of loss, the madness of not being able to process death, and survival instincts frantically normalizing weird feelings. Your thoughts are incongruent with your feelings. It's when you feel the craziest. Just because you know he is never coming back doesn't mean you don't feel like he's just in the next room making dinner.


Getting through the first few days


Denial is a really good thing. It protects us when we're vulnerable by coating reality with lies until we can get to a safer place to process.


You know what's ridiculous? When someone passes away, we, as a society, force their closest living relative to immediately plan and host a large event.


Oh, your world is crashing around you? Give me some coffee and finger food! Where are the napkins? Is Julie invited? Not sure that's a good idea....Remember Joni's wedding…?


The post-death, pre-funeral period is an obstacle course for the devastated. And during that time, denial helps us keep on keepin' on. Without it, we'd be basket cases. We'd ruin dad's funeral.


Denial isn't just the first stage. Like all the stages, it will probably come back to haunt you again and again if you've suffered a major loss. The other stages are too real sometimes, forcing some backtracking. Denial kicks in when you're so angry or depressed that you can't handle it anymore.


It also sneaks in when you've started finding acceptance. When you've begun to accept what has happened, it feels so good compared to all the turmoil of grief! The happiness feeling lures you into forgetting it even happened, and then—yep, you're back at denial.


Don't feel discouraged when denial comes back. With every relapse, you emerge closer to finding permanent acceptance. It's healthy. It means you're grieving right.


Get ready to rage. Next is Anger.

These critical thinkers changed our world for the better
See all
Your loved one had a remarkable life. Tell their story, and we’ll publish it online for free.