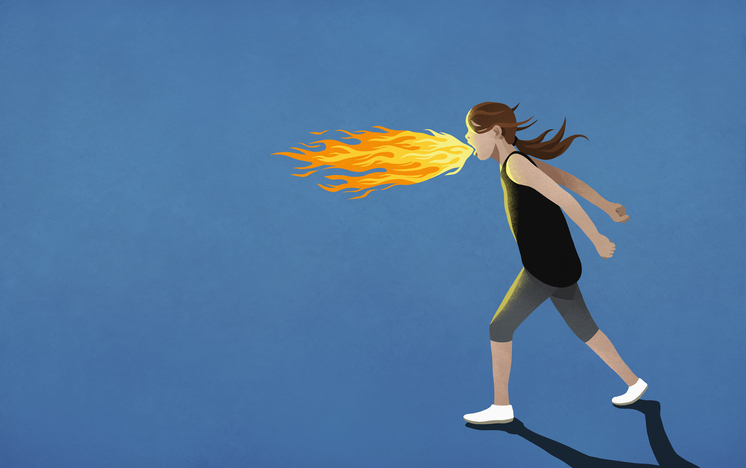 Anger is a normal and healthy part of bereavement, but lashing out is not a good way to deal with grief. (Getty Images)

Have you ever hurt yourself and gotten outrageously, ridiculously, hopping mad? If stubbing your toe or suffering a minor burn has ever made you flip your lid, you'll understand how emotional pain can provoke a similar reaction.


But that anger doesn't make much logical sense. What is there to be angry with? The street? People who saw the wipe out? Yourself? The rage comes out of nowhere, it's physiological:

"The quiet, simmering anger you feel isn't the fault of the door you ran into or the fault of your poor, throbbing toe, it's caused by emotional pain."

This represents the fight, in a fight or flight reaction. So it goes when a huge emotional loss has occurred. First, we try to flee the pain (denial) then we ball up our fists and try to duke it out. Anger in grief is just as misplaced as wanting to hurl your tea across the room for scalding you.


For many, anger is the most intense stage of all. Not only does it feel awful, it also makes you feel like a jerk after you've cooled down. Feeling angry is healthy, normal and important to the grieving process, but it's important not to lash out at others during this time.


Whether or not you think there are blameworthy people around — don't toss around responsibility for the death of a loved one like it's a game of hot potato. In the anger stage, you may feel more clear-headed and right about everything than you have in awhile. It may be the first time you've felt in control since the death. But that doesn't mean you are right or justified in blaming people around you. In fact, it probably means you are less competent to be judging others.


Before lashing out, consider the following:


There is a time and a place for alcohol during grief, if your drinking habits have previously been positive and healthy. But during a fit of anger is definitely not the time.


After a loss, consider whether your drinking habits have changed or become unhealthy. A glass of wine won't kill you, but can give you a moment to reflect and refresh yourself. Limit the number of drinks you consume when you are in crisis, or make the decision not to drink at all. 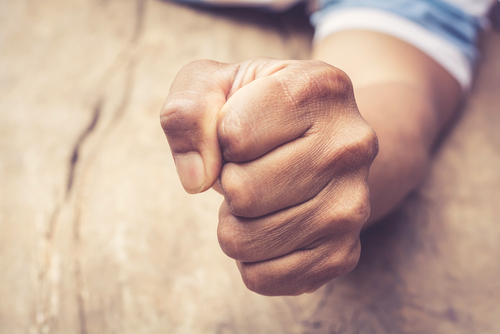 
Anger isn't a feeling that most people own. If they do, it's very rare to own it in a positive way. How is it possible to be open about anger, and deal with it in a way that reduces damage? Anger should not be avoided, minimized or ignored. Focus on directing your rage into something harmless or productive.


It's never appropriate to become physically or verbally aggressive when lashing out in grief. Ever.


It's possible you will feel the urge. But, when you act on anger negatively, you end up feeling way worse. It doesn't matter if you feel justified. There is always a better way to rage than hurting others.


It seems odd — and irreverent — to be mad at someone who is dead. Whether you've been grieving for days, months, or years, it's likely that at some points your anger will be directed at a dead person. Perhaps they left you financially unstable. Maybe you feel they didn't fight hard enough to survive a terminal illness. They may have left you with unanswered questions. Whatever the source of frustration, direct it at the real target — not innocent bystanders who were unlucky enough to be in your line of fire.


Exercise, sing loudly, write out your feelings, take up kickboxing or the drums. Positive outlets for anger are usually physical. Meditation, reading or connecting with others is good too, but some people find calming activities to be less effective. Whatever you do, it's more healthy (and satisfying) to let the anger out instead of trying to rationalize it away. Though counterintuitive, simply trying to 'calm down' — be it through meditation, reading, or pushing the anger deep, deep down — is unlikely to work in the long term.  Unless you are a master meditator, meditating while angry could actually make you even angrier.


If your anger isn't just misplaced lashing out (the road hurt me, now I'm going to hurt the road), and can be used as fuel for a bigger fire (I see some serious gaps in the mental health system and I'm going to change that), use it to create positive change. This is a slippery slope into the bargaining stage, but is a more productive outlet for rage than violence.


Anger should not be avoided, downplayed or ignored. Focus on directing your rage into something harmless or productive.


Give yourself time and space for anger to blow over. Everyone needs a wide berth during times of mourning.


Put on your negotiation hat. Next we're moving onto Bargaining.