Avoiding grief can be a healthy—and necessary—part of coping 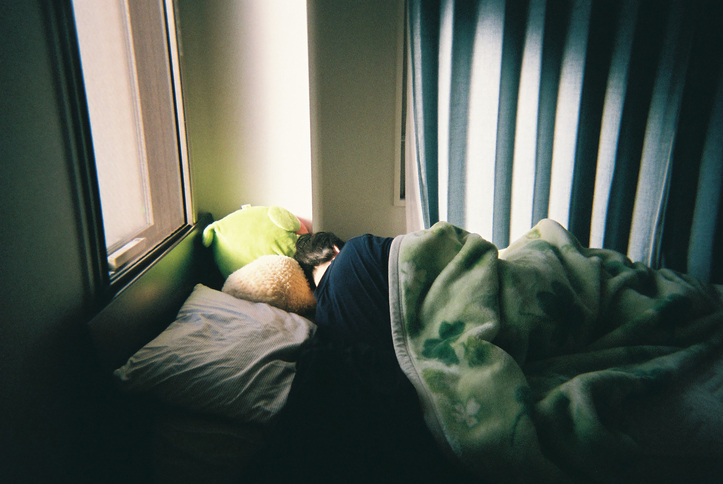 Time spent not thinking about your grief over the death of a loved one can actually help you move cope better. It's important to strike a healthy balance of facing and avoiding your loss. (Getty Images)

For many grieving people, simply learning about the various models of grief is a healing exercise. Grief is a journey often peppered with days of sudden crying, extreme self-doubt, and even bouts of uncontrollable, inappropriate laughter. Being able to identify the behavior or "stage" of a person’s grief can be reassuring, and reminds a person that they aren't losing their grip, even in the most intense moments of bereavement.


The dual process model of coping combines older models of bereavement into a singular method that involves switching between loss-oriented and restoration-oriented coping methods, emphasizing that a balance of both is conducive to healthy grieving.


In 1969, Swiss-American psychologist Elisabeth Kübler-Ross published On Death and Dying, a model of coping with bereavement that involved five stages of grief: denial, anger, bargaining, depression and acceptance. Her research studied the common emotional reactions terminally ill patients expressed in relation to their own impending deaths. Kübler-Ross' study of bereavement was the first of its kind, prompting mainstream awareness that experiencing intense feelings of grief isn't sudden insanity; it's a process that all people go through when confronted with a loss. People identified with this, and five stages of grief caught on in mainstream armchair psychiatry. Since its release, Kübler-Ross' research has been perpetually misunderstood, as it was never intended to dictate the exact grief phases a bereaved person would experience.


However, discontent emerged with Kübler-Ross' model; many people did and do not relate to the five stages of grief, and overall it is interpreted as too prescriptive. There grew a need to further study the ways people experience bereavement.


Wiliam Worden published his own model of the Four Tasks of Mourning in his 1982 book, Grief Counseling and Grief Therapy: A Handbook for the Mental Health Practitioner. Rather than seeing grief as a series of emotional phases, Worden approached grief as a series of tasks to accomplish in order to move forward in life after experiencing a loss. The Four Tasks offer a more pragmatic view of returning to a new semblance of normal after tackling a series of emotional tasks:


Though these and other models of coping with bereavement have presented very different approaches to handling grief, they have one thing in common: they assume that facing grief head-on is the most effective and efficient way to move through it in a healthy way.


The dual process model of coping


The loss oriented process involves coping directly with all of the stressors of the loss, including grief. Remembering a loved one, yearning for them, crying, thinking about life without them, cognitively 'dealing with grief' (for example, by learning about and relating to grief theories) and generally acknowledging sadness and isolation from grief are all loss oriented ways of coping.


Restoration oriented coping involves stressors that are secondary or unrelated to the loss that has occurred. Sometimes in order to cope, people need to avoid thinking about their grief all the time, and just get on with the task at hand. This avoidance is not considered a negative part of grieving, but a vital one: Tuning out bereavement and focusing on other things is actually beneficial, when balanced with loss oriented coping.


The dual process model is a response to the gaps left by other models of grief theory, because it takes into account that life continues even when a person is in mourning, and that handling unrelated life challenges while grieving is actually a part of working through it. Depending on the way the person handles life challenges in bereavement can affect the way their grief transpires in the long term, perhaps partially explaining why 10–20% of people will experience complicated grief.


What's key to loss and restoration coping as a dual process is the fluctuation between the two states of coping. Grieving people will swing back and forth between many mental and emotional states during bereavement, including times of relative dormancy. Binging tv shows, throwing energy into work or school, making new connections, and being able to forget about the person who has passed away when absorbed in a task: all of these reactions can all be better explained by this model of processing grief.


The dual process model of coping is just one way to view the way people handle loss. Studying the various models of grief can reassure grieving people by introducing ways of naming and overcoming common reactions to a loss. People grieve differently, and different people may relate to one model of grief over another. There should be no pressure to conform to any model of processing grief. It's a personal process that should only be helped by greater knowledge, not hindered by doubts about "grieving properly."


No one can ever really know how they will react to a death until it happens. Whether the death was anticipated due to a terminal illness or completely unexpected, the days, weeks, months and years following the loss of a loved one are a time to get used to a world that no longer includes the person who has died. It's also a time many will spend adjusting to their own personal methods and hangups when it comes to dealing with loss.

Remember the life of your loved one, without feeding conflict at the memorial
See all
Your loved one had a remarkable life. Tell their story, and we’ll publish it online for free.