They even have funerals 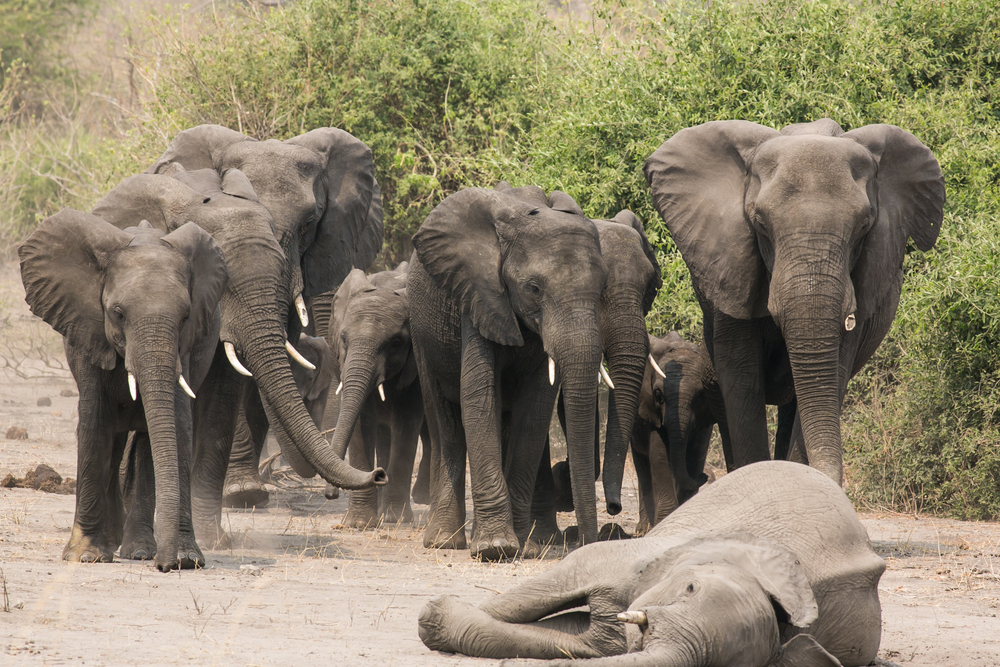 Elephants have been observed burying and mourning their dead, both in the wild and in captivity. (Shutterstock)

Elephants are some of the most emotionally intelligent animals on the planet. Some argue they might even be comparable humans. Highly social creatures, elephants live in communities with hierarchies, families and self-awareness. They can use tools, mimic sounds, solve problems and even play to amuse themselves and others.


They also participate in funeral rituals. Aside from humans, there are very few animals that seem to grieve in a humanesque way. Researchers have observed elephants examining the bones of other elephants with their trunks. Elephants are always on the move. This investigation of remains is a quiet, deferential process. They do this with the bones of relatives and non-relatives alike, even when the bones are old. Elephants also bury bodies. One woman awoke from deep sleep to find elephants screaming and showering her with debris, apparently believing her to be dead. Read about it in Martin Meredith's Elephant Destiny: Biography of an Endangered Species in Africa.


At times, elephants produce tears when they become excited or stressed. It is difficult to say whether this is an emotional reaction or merely a biological one. Despite this, it is not uncommon for elephants to cry at the death or body of another elephant. 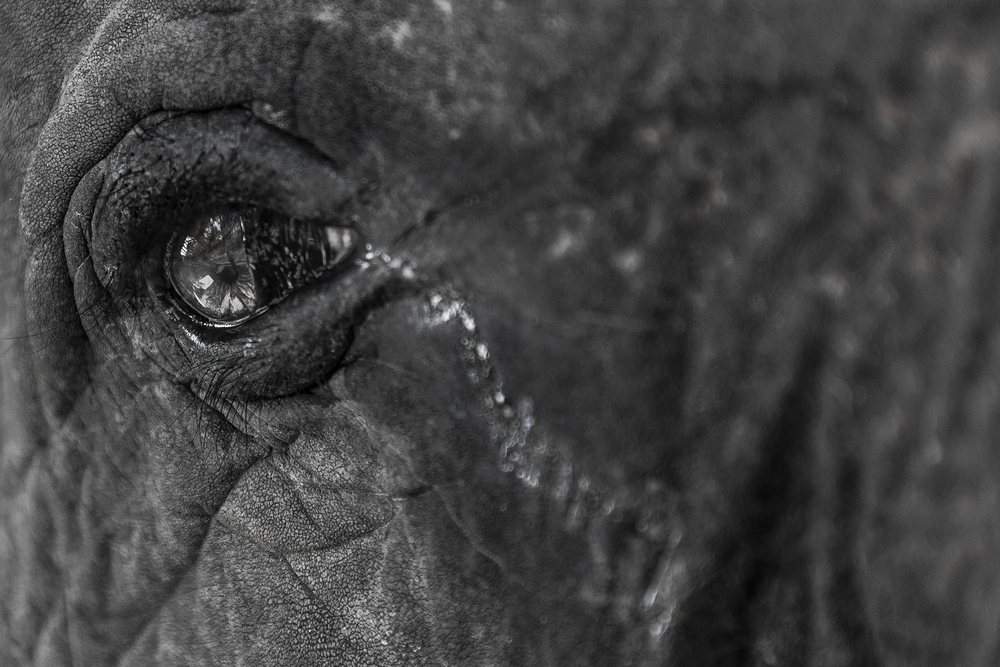 Elephants also sound different when they are grieving. They vocalize in the forms of low grumbles and high-pitched screams following a death. Behaviors such as these drive the belief that elephants grieve like humans.


Elephants bond with each other, often forming lifelong friendships. When elephants lose a friend or relative, they reject food, isolate themselves, guard the body, and sometimes die of grief.


The mourning of other species


They also mourn the loss of humans. Wild elephants congregated for a two-day vigil when "The Elephant Whisperer," Lawrence Anthony, passed away. Wild elephants that knew him traveled miles to stand guard outside his house. Though this phenomenon sounds like human grief, it is impossible to say whether it is actually elephant grief. Elephants only show these signs of grief for humans and other elephants. There is no record of grief symptoms from elephants toward any other creature.


Is it really grief?


It may be impossible to draw a parallel between an elephant's grief for a human and her grief for a fellow elephant. This is especially apparent when research conditions are taken into account. When elephants are raised in captivity or depend on humans, observations of grief are more difficult to interpret. Years of training, often abusive training, can influence an animal's behavior.


In this article, I planned on discussing the range of elephant cognitive and emotional abilities by citing their ability to paint. Unfortunately, my research led me down a different path. Elephants really can paint! Check out this video of a young elephant painting an elephant—and well! However, these elephant painting shows aren't exactly as they seem. The elephant  paints with deliberate, coherent brush strokes with her own trunk. But don't let that fool you: her trainer is off-camera, prompting each movement. The painting show is just another exploitation of elephants. Wanting to believe elephants can be creative, critical and self-aware, tourists lap these shows up. Shows like these drive the "elephantourism" industry around the world, while marketing elephants as being creative, critical and self-aware.


Getting back to grief, the question remains: are elephants actually grieving? Or is their behavior simply interpreted by humans as a grief emotion based on the way humans grieve? It's possible that human bias plays a role, as in the painting example.


What we do know is that elephant behavior changes when a loss has occurred, and that reaction shows strong signs of stress. There is evidence of elephant grief in the wild as well as in captivity.


Though we may never know how elephants process grief, it is well established that elephants are one of the most emotionally aware mammals on the planet. Our view of what funerals are may or may not align with the emotional process of an elephant. Their unusual and ritualistic mourning behaviour lets us know humans aren't alone in experiencing distress in grief.