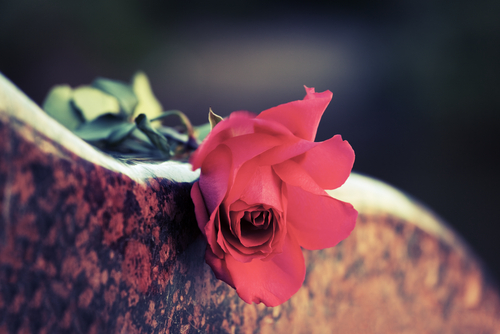 Find a way to honor your loved one on their deathiversary each year. It can be as simple as laying a flower on a grave, taking time for family or getting a haircut. (Shutterstock)

Tomorrow is mom's deathiversary-the day I dread each year. As tulips pop out of soggy garden beds, I recall the spring mom died in graphic detail. For years, the day would loom over spring like a dark cloud.


This year's a double whammy-it's also Mother's Day. The two coincide every few years. The first time, my grief was still so fresh that the whole day was a messy, emotional disaster.


Deathiversary is an emerging term that those who've experienced loss use to refer to the anniversary of a death. It's a glib way of saying the day I dread each year.


Many people feel the effects of deathiversaries. For me, it's the smell of spring flowers that are inextricably linked to the budding, fresh gardens at the hospice where mom died.


It's a significant day, whether or not you want it to be. Even folks who don't think much about anniversaries suffer unexpectedly when the first deathiversary rolls around. When someone who was a part of your daily routine passes, it's impossible to comprehend that a day, week or month could pass without them. Knowing that you've survived an entire year in a world that no longer includes your loved one can introduce complex feelings, like survivor's guilt.


Remembering a day of death


It's not an anniversary I've needed to consciously remember. In fact, I can't help dwelling on the day my life changed forever as it approaches. That separation between a world with mom and a world without is impossible to ignore.


The day mom died came after over a week of living in hospice with her. During that time, I barely ate, slept or showered. And the morning she died, I looked in the mirror and finally decided to resume care of myself. That day I hit the mall, bought some needed personal care items, got a haircut and finally ate a full meal.


Those are the bare facts, but the day was surreal. In deep shock and denial, all I could do was try to feel human after languishing with a dying woman for so long.


The first few years, May 13th was an impossible day. I'd dread it for weeks. I'd plan to be off the radar and away from people. Other years I ventured outside where a song or a smell would remind me of her and provoke grief that derailed all my plans.


Every couple of years, after worrying about the deathiversary for weeks in advance, the day slipped by without a hitch. But a day or two later, the delayed grief would come anyway.


Either way, it was a huge relief when the deathiversary grief moment was over. I could resume my life, and continue my year without the impending threat of strong and unpredictable emotions.


Mourning, celebrating and checking in


A deathiversary can be very different from year to year, depending on where you're at in your grief journey. After several months of weekly grief counseling, I was looking for a way to honor my mother on her deathiversary, in a way that could be sustainable each year.


Tomorrow is the ninth year of getting a deathiversary haircut on May 13th. It's a simple way of exercising self-care, and continuing a grief ritual that my mother would have appreciated.


But it's also a day to celebrate. Once I conquered the first few deathiversaries, May 13th became a benchmark of gauging my progress through grief, and through life.


If you're thinking of someone near their deathiversary, don't ignore your feelings. Think about your relationship to the person you miss, and find a way to memorialize them on this anniversary. For me, it's a haircut each year on May 13th. I know of others who lay flowers on a grave, or donate to charity in the name of their loved one.


If you're at a loss for what to do for your deceased loved one, consider creating a retrospective obituary on Beyond the Dash. Writing their story is a cathartic exercise for grief, and can really help ease the emotional pressure of a deathiversary. And once it's published, it will act as a digital memorial space for family and friends to visit year after year.

Piped anthems for the memorial service
See all
Your loved one had a remarkable life. Tell their story, and we’ll publish it online for free.