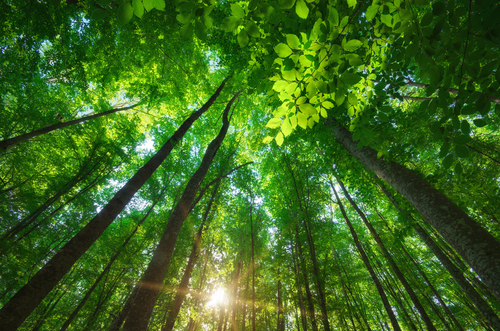 How can we honor our dead, without inflicting damage on the environment? (Shutterstock)

Implementing energy savings measures at home, choosing more eco-friendly household cleaning products, and recycling our trash, are all ways we make greener choices every day. For the death positivity community, green choices also extend to modern dying. Learning how to make death more environmentally friendly is the next step for many people wishing to reduce their impact on the earth after they die.

Humans have been burying their dead for as long as we have existed on earth. In the past, human remains were buried as they were, or left to the elements in some parts of the world. These practices allowed bodies to return to the earth, nourishing plants and animals.


The way we dispose of bodies has changed a lot. Modern caskets are often made of steel or non-biodegradable treated wood. Bodies are buried with clothing, jewelry and belongings that prevent natural decomposition. Because people are uncomfortable with death, bodies and the idea of remains being eaten or rotting, there are steel caskets buried six feet deep across the earth's crust, homes to perfectly preserved skeletons.


It should be noted that some burial practices are less invasive than others. For example, people of the Jewish faith are usually buried in simple pine caskets, with no metal, bindings or glue that can't decompose easily.

Cremating the remains of deceased people has long been environmentally preferable to most burials; however, this practice is also harmful to the planet. Cremations pump smoke and chemicals into the air. Chemical emissions occur in cases of breast implants (silicone), dental fillings (mercury), pacemakers (plutonium) or other metal or plastic prosthetics that were not removed from the body prior to cremation. Though the figure is up for debate, some estimate a single cremation is comparable to a 500-mile car journey.


On the other hand, burials disturb the land and take up space. There is not enough land space on earth for every person to have a plot of their own, making this method unsustainable.


It's difficult to compare the two methods of handling remains, but it's clear that neither can be considered wholly green.


What does "green" mean?


There is no legal or standardized definition of the term green in regards to environmental impact. Because of this, it's a term that can be thrown around in a variety of contexts without any accountability. When we refer to green funerals, we mean methods of handling human remains with little or no negative impact to the environment.


A green funeral, or green burial, is simply one that is environmentally friendly. There are several different methods and practices for green funerals. Those who have a green funeral are typically buried at a green burial site. There are no tombstones here, but some may allow you to use natural features and vegetation—such as a logs—to mark a grave.


The fundamentals of green burial include:

The benefits of going green


There are several benefits to having a green burial. Here are just a few:

Green burials can be inexpensive. This is mainly because there is no need for an expensive coffin, costly tombstone or any embalming services.

People weren't always buried in bulky, expensive coffins. Many supporters of green burials prefer this method because it is how people were buried before industrialization.

A green funeral means that your last mark on the earth isn't a harmful one. If you are passionate about preserving the planet and wish to be buried in a more natural way, consider pre-planning a green burial.

LONDON — British architect Will Alsop, whose exuberant buildings enliven cities on both sides of the Atlantic, has died, his company said Sunday. He was 70.