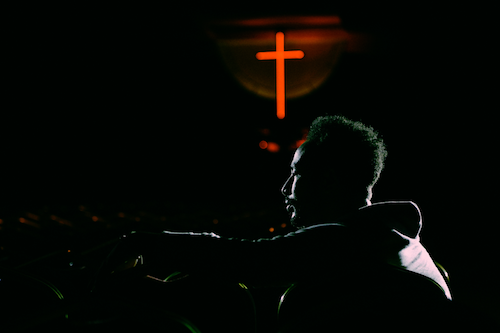 Rap tributes have become more common at funerals in recent years. Choose songs that consider the personality of the deceased and the comfort of those coming to mourn. (Gift Habeshaw/Unsplash)

A memorial service is a chance to honor a person who has passed. The style of memorialization depends on the family, circumstances of the death, and, of course, the deceased person's unique personality. For rap fans, this style of music can be the perfect way to set the tone of the deceased's life while saying goodbye.


While there are countless rap songs that could be appropriate for a memorial service, it is important to carefully consider all music that is included in a loved one's final hurrah. Before you pour one out for your departed friend or family member, don't miss this list of Beyond the Dash's top five rap songs to play at a funeral.


Tupac Shakur is one of the most influential rappers that ever lived. His songs frequently confronted social issues like racial inequality. "My Block" explores the struggles of living in the inner city, including losing loved ones to street violence, and fear of police:

My life is stressed, and no rest forever weary,


My eyes stay teary for all the brothers that are buried in the cemetery.

Each verse holds both grief and optimism for people who are grieving. The raw acknowledgement of communal pain is universally understood by those in attendance at a funeral, making this song a worthy candidate for a funeral or reception.


Under the driving beat and rap lyrics, an organ accompaniment evokes Sunday church and spending time with family, bringing these elements into gangster rap. Boosie repeats throughout this track, the single most resonating lyric for funeral guests:

Sometimes I wanna break down and cry


You don't know how bad I miss you,


Never gonna forget the time that we shine…

Expressions of grief and sadness come in many forms. Sometimes it's not easy to openly talk about loss, and while the pan is ongoing it can be impossible to reflect effectively. "I Miss U" offers a hard-edged version of emotional vulnerability — just the mood many funeral guests may be experiencing during a memorial service.


Following the convention of vulnerability in rap, "Live in the Sky," by T.I. and Jaimie Foxx offers another musical contender when planning a rap lover's funeral. Jamie Foxx's gentle piano melody drives the pensive rap of T.I. as he reflects on the struggles of life, and their inevitable end:

Life's up and downs, they come and go.


All my folks who ain't alive, I hope they live in the sky,


Pray to God when I die that I live in the sky.

Dedicated "to anybody who done ever lost somebody / To the grave, to the streets, to the jail cell," "Live in the Sky" is an uplifting song about transitioning to heaven after death. Viewing the sky as a new place to reside comforts those in mourning, by comparing death to a simple change of address. There is hope in the lyrics that there will be an eventual heavenly reunion with loved ones who have already passed away.


Mary J. Blige joined forces with Dr. Dre to pay tribute to Dre's deceased brother in his 1999 album, 2001. Tyree Du Sean Crayon died "after trying to break up a street fight" a decade before the song would be written and dedicated to him.


Like many other songs on this list, Dr. Dre used his own personal experience with loss to create a rap tribute tackling the emotions of grief. In it, Dre speaks directly to God, questioning His motives in taking away Tyree:

Lord, I thought we was made for each other,


You shouldn't connect those made to be taken away from each other.


Now, what I'm supposed to do, I'm only half the man that I was,


I'll never last 'cause my better half is up there with you.


You knew what you was doin' when you made us,


So with all due respect, you could'a forgave him.


You didn't have to take him.

A crisis of faith can easily occur after the sudden loss of a loved one, particularly when the manner of death was violent. Dr. Dre verbalizes the experience of questioning and even raging at God. This song is an apt tribute to one whose death seems senseless and impossible.


DMX reflects on the tenuousness of life in "Goodbye." Touching on themes of losing life direction, making amends, and the loss of a loved one to cancer, the song stresses the importance of living life to the fullest before it ends:

Cause we all go anyway, I'ma say goodbye today.


Cause it could be any day, I'ma say goodbye today.


We've grown in so many ways, but I'ma say goodbye today.


Cause it could be any day, I'ma say goodbye today-ayayyyy.

At a funeral or memorial service, this song can act as an anthem for mourners simply wishing to say, "Goodbye" to a special person who has recently passed away.


Considerations for including a rap song in a memorial service


Funeral music determines the tone and rhythm of a service. Playing a special song (or several) gives guests the chance to take a breath, cry, and even sing along. Selection, timing, and appropriateness all matter.

While there is nothing wrong with choosing a rap song for a funeral, it's important to consider the guests, as well as the deceased, when selecting funeral music. Ensure the versions selected are of the highest audio quality. In some cases, it may also be prudent to locate the radio edit version of songs that include profanity or slurs.


Ultimately, funeral music should not make guests uncomfortable. Music that sounds good and respectfully honors the deceased will be appreciated by all mourners in attendance.

Some songs may need some basic editing; for example, removing a lengthy intro or irrelevant spoken-word portions from a song may, in some cases, make a rap song better suited for a memorial service.

Some songs may be better suited to be played at the memorial or funeral than the reception — and vice versa. While there are no rules, most families choose the service music carefully, timing it specifically for certain moments within the funeral rites.


At the reception, it's common to play music in the background of social time between friends and family. These songs may have been important to the deceased, but need not be too somber.


Rapping as a goodbye tribute


Personalizing a funeral to match the tastes and interests of the deceased can make for a more meaningful final goodbye. Incorporating rap music into the memorial of a rap fan is the perfect way to pay homage to them, while also providing comfort to mourners.

Related Blog Posts
What is Repast at a Funeral?
What Happens When a Prisoner Dies in Custody?
Death at Home: Everything You Need to Know About Home Funerals
The Top 5 Rap Songs to Play at a Funeral Service
See all
Having trouble writing an obituary? Try our free interactive obituary template.

Why handling remains isn't all that bad
See all
Your loved one had a remarkable life. Tell their story, and we’ll publish it online for free.

CAIRO — Shadia, an Egyptian actress and singer who captivated millions for decades with memorable singles and iconic film roles, has died. She was 86.