Lack of Funeral Foresight Leaves Grievers in the Lurch

Funeral preparedness is rare, and it's hurting those most vulnerable 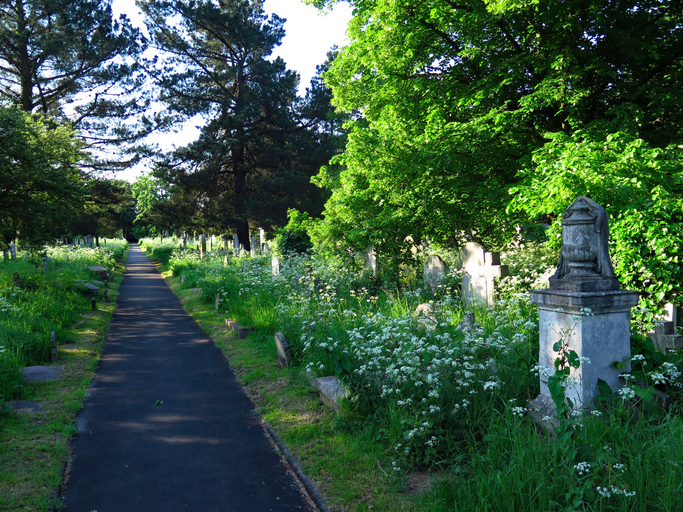 A small path lined with ancient graves at Brompton Cemetery, London, UK. The graves are lost in nature. Photography taken in the spring with a beautiful natural light. (Getty Images)

Throughout 2019, Beyond the Dash conducted surveys of adults living in each of the four census regions of the United States: Northeast, South, Midwest and West. In each survey, people were asked about their level of funeral preparedness, including whether or not they had made any formal or informal funeral plans in advance.


We found that across the board Amercians are generally not prepared for an unexpected death in the family. In fact, just 20% of US adults said they had made any funeral plans.


Does everyone need to pre-plan? In this article, we will explore the many reasons and reasons people avoid pre-planning, as well as the consequences for those left to pick up the pieces.


The 'traditional' approach to pre-planning (ie. what the funeral home will recommend) is actually more of a prepayment plan. This could mean picking out a casket, selecting a grave plot and setting up a payment plan, or simply documenting the spirit of the final wishes and entrusting them to the funeral home of choice.


Generally, funerals seem to be moving further from traditional values, with more and more people favoring less formal (and more affordable) arrangements. Some people now prefer less restrictive pre-planning. Instead of arranging the full service with a funeral home, they are opting for pre-planning in the form of documented basic wishes left with a trusted individual and ensuring there are enough (and accessible) savings to cover the final tab. For the purposes of this article, the term pre-planning refers to either formal or flexible arrangements with a viable financial plan to back up documented end-of-life wishes.


One of the main reasons people avoid pre-planning funeral arrangements is age. At 30, the idea of planning for death can feel absurd. Life at 40 might not be much different. But as the golden years creep forward, it's important to think about end-of-life wishes.


There's also the inconvenient fact that death can come at any moment. While it may not be practical or necessary to plan a funeral at 25, knowing your values in relation to your own memorialization is all that is needed to begin making your wishes known.


Once your funeral plans are documented and paid, you can check pre-planning off your to-do list for life. Unless your wishes change, you should never have to revisit these arrangements. As gratifying as this finality can be, it may also be daunting for someone who is unsure of what they want. Faced with a sea of options, an undecided pre-planner may easily become overwhelmed.


Ambivalence toward end-of-life wishes may also prevent pre-planning. If you don't care what happens with your final disposition and funeral service when you are gone, there is little motivation to go through the process and arrange to pay for it.


Some arrangements will need to be made at the time of your death, whether you approve of them or not. Those arrangements will be left to those you loved the most at a most vulnerable time. Best to make a decision and amend it later, if need be.


Serious anxiety about death, also known as thanatophobia, can have a debilitating effect on many aspects of life. Not surprisingly, this includes funeral pre-planning.


In today's world, it's easier than ever to ignore the reality of our mortality. Beauty marketing, God-level technology and a culture of creating distance from personal exposure to death have created an environment where death avoidance is the norm. Most often, people don't engage with death until it touches their life, making moments of loss all the more bewildering.


Counseling is a way of treating serious death anxiety. For those with milder discomfort due to lack of exposure, thinking through funeral plans is a safe and practical way to start tackling big issues. Death acceptance is a lifelong process, and it's healthy to actively challenge death anxiety.


For some, the thought of having an open, hypothetical discussion with family about post-death arrangements is frightening. No one wants to burden loved ones. Talking about death can be upsetting, but leaving funeral arrangements to survivors is one of the surest ways to burden them when they are in a most vulnerable state of mind.


In fact, many people who do pre-plan do so to save their survivors the anguish of making big decisions when they are grieving. Even if you don't want anything specific for your funeral, survivors often feel guilt and fear over ensuring the service is right. When they have no instructions to go on, it can make the difficult experience of funeral planning unnecessarily painful. Overall, 30% of adult respondents living in the United States said the reason they pre-plan is to make their deaths easier on family.


Getting on the same page about funeral preparations with those who are most likely to survive you is an investment of momentary discomfort, for permanent peace of mind. Though no amount of pre-planning can take away the grief of those you leave behind, you may rest assured knowing your lack of planning at least didn't contribute more grief.


People move around a lot more these days than they used to. In the past, many people died in the same town where they were born. Families would have a preferred funeral home and cemetery, which meant most people knew where they would be buried. Today, it's common for people to move to different cities, between states and even overseas. Many don't know exactly where they will settle for their golden years until they are well into them. This makes traditional funeral planning much more complicated.


Is there any sense in prepaying for a funeral before having a likely sense of where you will die? In a world that is putting more and more value on living life to the fullest, maybe not. There is no doubt that pre-planning for a funeral is important, but immediate expenses for necessities like food, shelter and retirement will always come first. But that doesn't mean you shouldn't make any arrangements.


Informal or legal documentation of the spirit of your final wishes will help your loved ones navigate your arrangements with fewer questions and guilt. Even if you don't have a specific historic family cemetery in mind for your final disposition, you can make plans ahead of time to unburden those who mourn your death.


Is pre-planning for everyone?


Pre-planning funeral arrangements is an important step in financially preparing for all of life's curveballs, but is it necessary for everyone? Not really.


While there may be some peace of mind in knowing that funeral arrangements will be taken care of in the event of your death, it's often not enough motivation for people to consider making concrete plans. In some jurisdictions, there can be tax implications to pre-planning; be sure to check with your tax advisor.


Life is about more than planning your own funeral. If you don't have the stability (financial, or otherwise) to be making concrete decisions, pre-planning in the traditional sense might not be right for you. However, there are many benefits to pre-planning that can help ease your mind about how your final arrangements will be handled. Pre-planning will also unburden your next of kin and survivors of many practical and emotional duties at the time of your death.


Don't leave your loved ones in the lurch


Ultimately, the responsibility will fall to someone who loves you. For that person, the days following your death will be a whirlwind of emotions while also notifying people who knew you, meeting with a funeral director, figuring out finances, and considering what you would have wanted. And for the person making these arrangements, life goes on as well. Most people have to keep on working, going to school, taking care of dependents and fulfilling their own responsibilities on top of making funeral plans.


On top of funeral and life responsibilities, the people mourning your death will not be in the same state of mind that is familiar to you. Your death will leave a hole, and could even remind your loved ones of other losses they have endured. People who are grieving can become easily overwhelmed. In many ways, the pressure to plan and execute a large gathering like a funeral after a loss is one of the most overwhelming parts of initial grief. By answering the big funeral questions your survivors are likely to have, you can spare them the pain of having to guess.


Put your wishes onto paper and make your loved ones aware of its location in the event of your unexpected death. Here are some basic points to cover to get you started:


There's no time like the present to start documenting your final wishes. Have that difficult conversation. Spend some time thinking about your options, and document your ideas.

These songs can help you plan a personalized memorial service in honor of a loved one
See all
Your loved one had a remarkable life. Tell their story, and we’ll publish it online for free.