How Long Can You Delay a Funeral?

How late is too late to host a final send-off 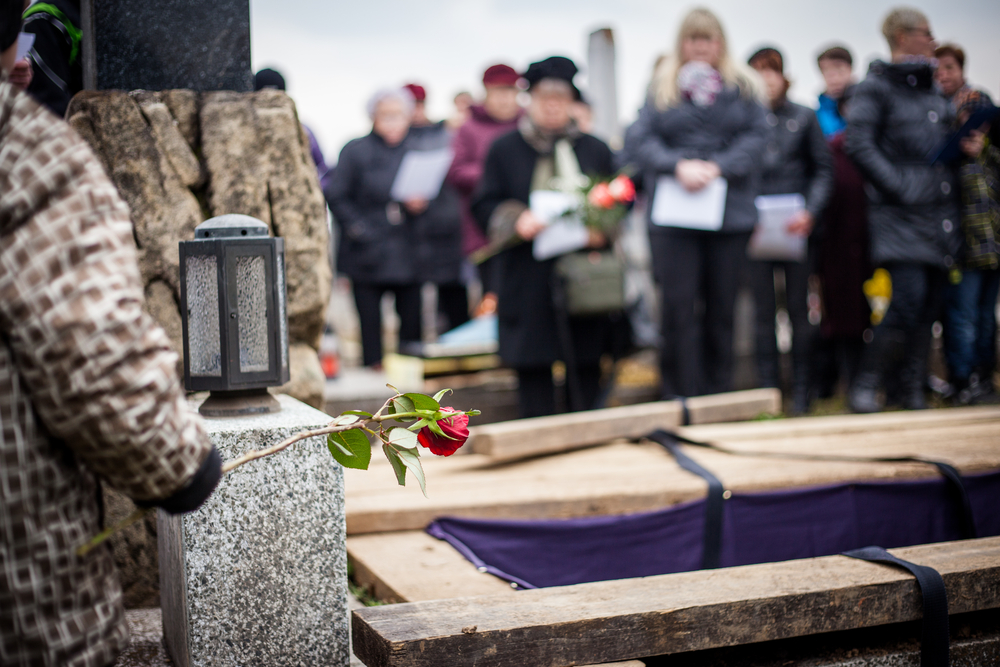 What are the practical and emotional consideration to take into account when scheduling a funeral? (Shutterstock)

Funerals are commonly held as soon after the death as possible. In North America, that usually means about one or two weeks later.


As soon as a person dies, their body will begin to decompose. Because of this, handling the remains is usually time sensitive.


That said, arrangements for a funeral do take time. Planning the funeral, determining the deceased's person's final wishes and notifying loved ones can consume the days following a death. It may be difficult to lay the dead to rest immediately.


Modern embalming and preservation processes allow families to take additional time when planning a funeral, so there isn't such a rush to host the funeral. However, there is still an emotional urgency to bury the dead in order to begin the long process of grieving. 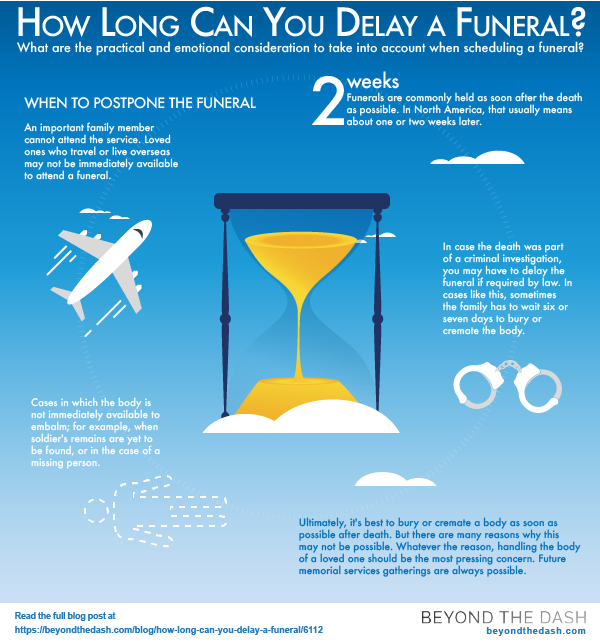 
In some religions, it is a requirement that the body should be buried within a day. If the deceased person held such beliefs, their remains should be handled in strict accordance with their wishes.


Many families arrange for immediate cremation, and opt to host memorial events after the fact.


When to postpone the funeral


In some case, families want to postpone the funeral service. Some common reasons for this include:

How long can the body remain preserved?


A body presents little threat to public health in the first day following the death. However, after 24 hours the body will need some level of embalming. A mortuary will be able to preserve the body for approximately a week. Regardless of the embalming, decomposition will begin after one week.


Embalming techniques will preserve a body for about a week. In cases where the family needs at least one day to notify all the relatives, embalming should be the first priority.


It is important to note is that this process does not stop the decomposition, rather just slows it down.


If it is an immediate burial, the body is kept in a refrigerator. It is not recommended for long-term preservation.


If the person is to be cremated, their remains will be kept in a refrigerated environment until it is time. The death certificate and cremation document will be prepared by authorities before cremation takes place.


Ultimately, it's best to bury or cremate a body as soon as possible after death. But there are many reasons why this may not be possible. Whatever the reason, handling the body of a loved one should be the most pressing concern. Future memorial services gatherings are always possible.


If the reason for delaying a funeral is an inability to accept that the death has occurred, just know that the funeral marks just the beginning of your grief journey. You aren't expected to be at peace with the death in order to hold the memorial—in fact, most funeral mourners are still in shock, and are nowhere near accepting the loss. In the coming months and years, more and more complicated emotional challenges related grief will emerge. Putting the memorial service behind you won't heal your grief, but you will have taken your first step. The funeral is a difficult, but necessary, step toward healing.