Funeral Songs for the Passing of a Beloved Wife

Memorial music for the passing of a spouse and companion 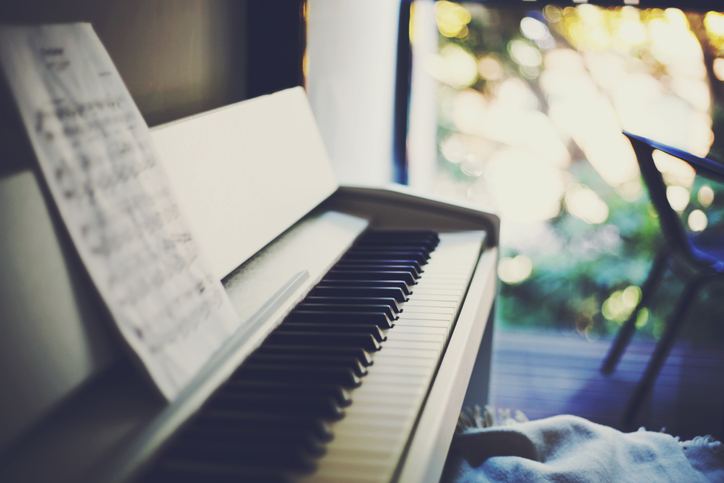 The music you choose for a funeral service will define how the event is remembered. These songs can be used to honor the passing of a woman who touched your life. (Getty Images)

When the person you've chosen to spend your life with passes away, it can feel like a part of you died too. If your wife has recently passed away, finding a way to memorialize her personality, life and achievements will be your first priority. What flowers would she have wanted? Which photo of her captures her personality the best? How would she like to be remembered?


Funeral music adds a personal touch to a somber occasion


One of the immediate and emotional decisions that must be made before the the funeral is the choosing of memorial music. What songs will be played in honor of the wife that you now mourn?


If she left any instructions for music to play at her memorial, your work may already be done. However, only about 21% of people make funeral plans in advance. If you find yourself with no instructions or clear choices for funeral music, don't worry. We've compiled a list of the top five funeral songs for the funeral of a wife who has passed away.


"Candle in the Wind" is one of the most famous contemporary songs about loss. Elton John originally wrote it as an ode to the late Marilyn Monroe, and later recorded an altered version of the song in honor of Princess Diana following her tragic 1997 death.

And it seems to me you lived your life


Never knowing who to cling to,


When the rain set in.


And I would have liked to have known you,


Your candle burned out long before,


Your legend ever did.


"Candle in the Wind" is a song that can help you pay tribute to the loss of any special woman in your life. It's a meaningful song that can remind mourners that special people will be remembered long after they are gone.

Rory + Joey were a married American bluegrass duo that recorded songs for the better half of a decade, until Joey's death in 2016 as a result of cancer. One of their most well known songs, somewhat ironically, was about the loss of a loved one. "When I'm Gone" was originally recorded in 2012, but was reprised in 2016 when Joey was battling her diagnosis.


You'll wonder how you'll carry on.


But you'll be okay on that first day when I'm gone.


Dusk will come with fireflies and whippoorwill and cricket's call.


And every star will take its place,


In silvery gown and purple shawl.


You'll lie down in our big bed,


But you'll be alright on that first night when I'm gone.


The singers of this tune bring their experiences with battling a terminal illness into their music-making it a haunting, but fitting, tribute to a wife who has passed away.


We never understand the value of a person until they are truly gone. When you rely on your partner day in and day out, it's easy to take them for granted until they are no longer with you. In "One More Day," Diamond Rio laments not being able to spend just one more day with the one he loves.

One more day, one more time


One more sunset, maybe I'd be satisfied


But then again, I know what it would do


Leave me wishing still for one more day with you.


At a funeral, this sentimental song will remind guests of the unique spirit of the woman who has passed away. Reflecting on how one more day spent with the one they miss will allow them time to remember times spent together.


Grief doesn't go away overnight. Some people even say that it never goes away fully. For those who've recently lost a wife, it may be impossible not to think of her every day for months or even years, after the death.

If you asked me how I'm doing,


But the truth is, baby,


If you could read my mind,


That I don't think of you.


After all this time,


You're still with me it's true.


Locked so deep inside,


At a memorial, this song can be a reminder that it's okay to not be okay. Grief is painful, but it's supposed to be. Each day that you miss her is a testament to the love you shared. Though grief does eventually wane and become manageable, allowing yourself to mourn completely and unabashedly is an important part of saying goodbye.


Before Guns N' Roses covered this heartbreaking rock tune, the Bob Dylan original was noted for its mastery of simplicity. "Knockin' on Heaven's Door" only employs four chords and a few words to tell the story of one who finds themselves at the gates of heaven asking to be let in.

Mama, put my guns in the ground


I can't shoot them anymore


That long black cloud is comin' down


The true intended meaning of this song is up for interpretation. However, in the context of a funeral honoring a wife who has passed away, it can tell the story of a man who wants to see his partner again, knowing that she is safe in heaven.


The comfort of song


Music is one of the most comforting and emotional elements of a funeral service. Songs that are well chosen and well timed can add meaning to the service, and honor the life of a special woman who is now sorely missed.


Do you know of any funeral songs that belong on this list? Let us know in the comments!