Funeral Planning in the West: Millennials Most Likely to Want an Obituary

Older Westerners were less invested in a written obituary tribute 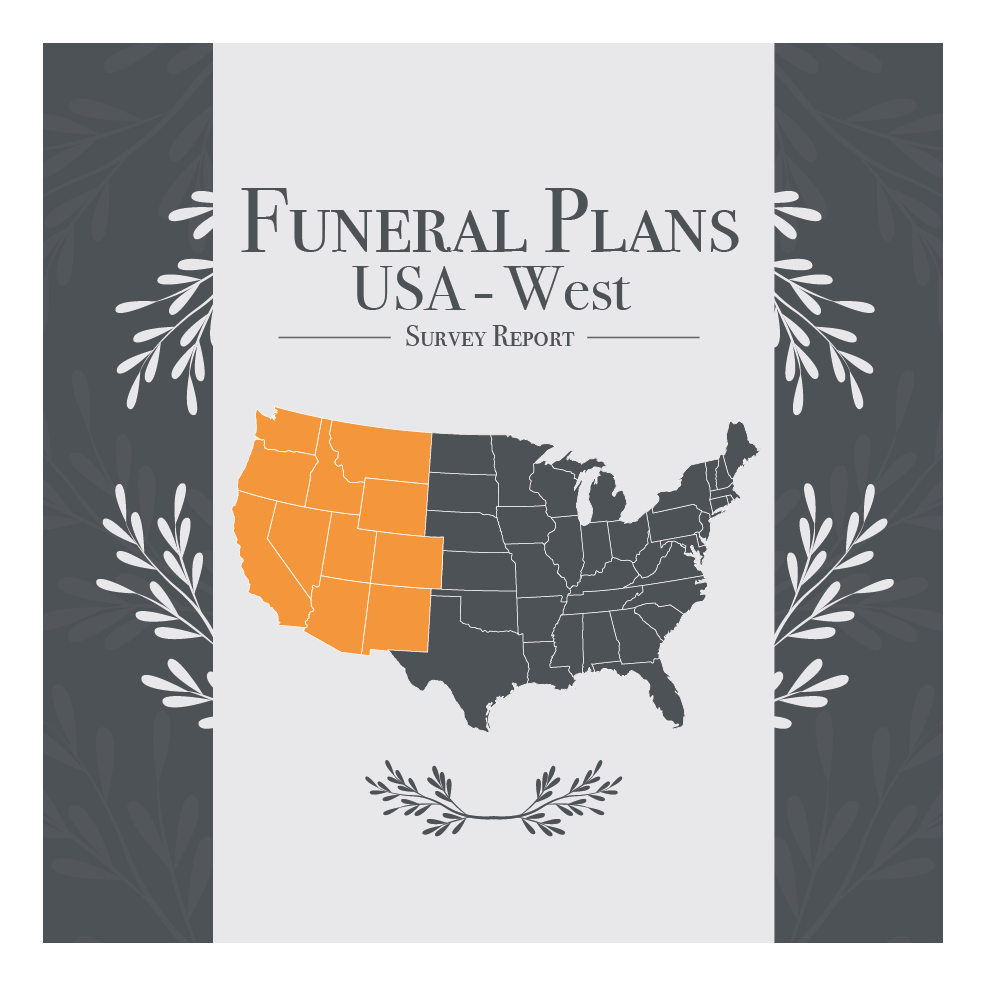 Beyond the Dash conducted a survey of 2,400 USA residents across all four census regions regarding their funeral and end-of-life plans, including questions about budget, obituaries, remains handling and bucket lists. (Beyond the Dash)

An October 2019 survey of 600 respondents living in the West census region of the United States has shown that young adults are more likely than older respondents to want traditional arrangements like a full burial, obituary, and funeral service.


Respondents were asked questions pertaining to their values surrounding funeral planning, and whether they had initiated any advance planning of their own arrangements.


This is the fourth such report to be released this year. In all studies, we asked questions about five topics:

The following age categories were surveyed:


Cremation is the preferred method of remains handling, by far. This is consistent across all age groups surveyed.

72% of respondents said pre-planning funeral arrangements is a good idea. Only 17% had made these arrangements.

Over half of Westerners want an obituary when they pass away.

Millennial respondents were most enthusiastic about having an obituary; respondents over 55 were least likely to want a life story written in their honor.

GENEVA — Clown Dimitri, a beloved Swiss clown and mime over nearly six decades who studied under Marcel Marceau and spread smiles from Broadway to Congo with a traditional...

BERLIN — Helmut Kohl, the physically imposing German chancellor whose reunification of a nation divided by the Cold War put Germany at the heart of a united Europe, died...

NEW YORK — Harper Lee, the elusive novelist whose child's-eye view of racial injustice in a small Southern town, "To Kill a Mockingbird," became standard reading for...

BERLIN — Helmut Kohl, the physically imposing German chancellor whose reunification of a nation divided by the Cold War put Germany at the heart of a united Europe, died...