'I'll Be Your New Mom': What Not to Say to an Orphan

I need support, not a surrogate 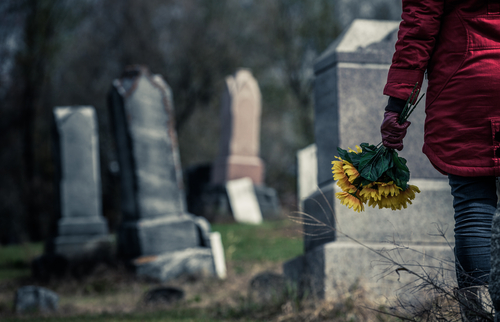 You don't have to make grandiose or unrealistic promises in order to show your support to someone who is grieving. (Shutterstock)

As a young person, folks I meet are shocked when they find out that both of my parents have passed away. It's almost impossible to predict how a new person will react, but at this point I'm used to the unpredictable nature of this conversation.


Even perfect strangers can burst into tears upon hearing my history with death. Others can relate, and will tell me their own story of loss. Some people apologize like they've been unintentionally rude. Most people become silent or try to awkwardly change the subject. As if they've temporarily entered a state of denial of my loss.


It's odd that the subject of death is so taboo. Having lived with grief for nine years, I am happy to talk about it. But there's one reaction that I get from new acquaintances that baffles me every time. And it always comes from empathetic, wonderfully well-meaning older women.


Why do some mothers offer their surrogacy so readily?


When caught off-guard by the knowledge of another's loss, it's natural to feel sudden and powerful empathy. In my experience, the surprise of coming face-to-face with another human's pain causes most empaths to panic. In this moment, there seems to be an internal struggle about how to 'help'.


Reality check: no one can fix grief. Empathy, understanding and support do help, but the but promise to fill the role of a recently deceased person doesn't. It's impossible, insincere and only serves to highlight the irreplaceable loss.


Offering to be someone's new mom is a touching statement—on the surface. But this gesture is ultimately meaningless, and even offensive to some grieving people. Though some people have stepped into certain roles my mother used to fill (offering advice, guidance, nurturance and love), no one can fill my mother's role. And especially not a new acquaintance!


What should you say instead?


Sometimes there are just no words. When confronted by someone who has recently suffered a loss, it's okay to acknowledge that. Instead of saying anything to gloss over the harsh reality of death, try being sincere and compassionate. Recognize your limited role in the loss, rather than take on pain that isn't yours. If you don't know what to say, simply tell them: "I'm so sorry that happened to you." Your heartfelt condolences are enough to convey your support.


Worried about what to say to your grieving friend? Check out The 10 Worst Things to Say to Someone Who is Grieving.