The Significance of a Dying Catholic's Last Rites

The sacraments of Penance, Anointing the Sick, and Viaticum 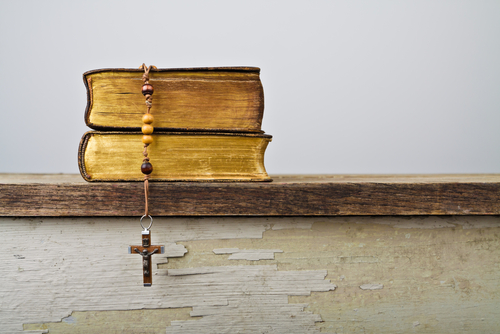 A Catholic person's Last Rites is one last prayer for their soul before they leave their bodies. (Shutterstock)

Every religion has different customs and traditions when it comes to death and dying. For Catholics, there are specific ways the final moments of life are handled. This is known as the Last Rites, but the true name for this final blessing is the sacraments of Penance, Anointing of the Sick and Viaticum.


The purpose of a dying Catholic's Last Rites is to offer a final purification of the dying person's soul and to prepare them to enter the Kingdom of Heaven. If you are unfamiliar with the concept of Last Rites, this article will answer some of the most commonly asked questions about the practice.


What are Last Rites?


In the Catholic Church, there are seven sacraments:


When people discuss the Last Rites, they are mainly referring to three of these sacraments: the Eucharist (communion, or "Viaticum"), Anointing the Sick and Reconciliation (penance). These Last Rites are administered to a Catholic before they pass away.


How are Last Rites administered?


The way in which Last Rites are administered varies greatly depending on the specific circumstances. The ritual will differ depending on whether or not the dying person is able to speak and in good standing with the Church. 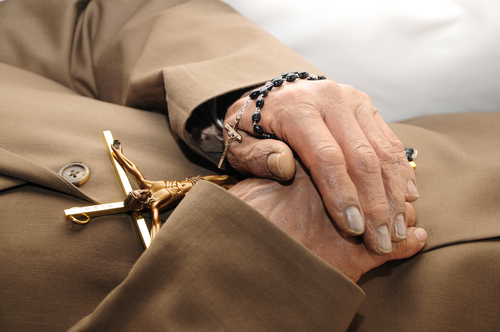 Last Rites are typically administered by a priest, who will perform a series of rituals with the dying Catholic. The priest will usually start with the Sign of the Cross, followed by either confession or the Act of Contrition, if the person cannot speak. Then the dying person will either be led in the Apostles’ Creed or prompted to renew the promises they made when baptised. The final steps are the anointing of the sick, recital of Our Father, and communion.


Why are Last Rites important?


Last Rites are crucial for faithful Catholics because these are the final prayers and blessings the dying will receive before going to heaven. The administration of the Last Rites is a final cleansing, which prepares the dying to enter heaven rather than hell, as they have denounced their sinful nature.


Do all forms of Christianity practice this?


Catholics are the only Christians that administer Last Rites to the dying. However, it is customary in other denominations of Christianity for a minister to pray for a dying person.


Whether or not you are Catholic yourself, the concept of Last Rites is of the utmost important to Catholics. While not every Catholic will request Last Rites to be administered by a priest, many do.

Related Blog Posts
The Significance of a Dying Catholic's Last Rites
The sacraments of Penance, Anointing the Sick, and Viaticum
How Women Disrupted the Funeral Industry
Is the future of death care female?
Jewish Funeral Practices and Traditions
Cultural spotlight
What's on Your Bucket List? Americans Weigh in on What's Important Before They Die.
End-of-life goals of Baby Boomers, Gen X-ers and Millennials
See all
Having trouble writing an obituary? Try our free interactive obituary template.

Honoring our dead with respect to the earth
See all
Your loved one had a remarkable life. Tell their story, and we’ll publish it online for free.

Get started for free
Discover our blog
The Significance of a Dying Catholic's Last Rites
The sacraments of Penance, Anointing the Sick, and Viaticum
How Women Disrupted the Funeral Industry
Is the future of death care female?
Jewish Funeral Practices and Traditions
Cultural spotlight
What's on Your Bucket List? Americans Weigh in on What's Important Before They Die.
End-of-life goals of Baby Boomers, Gen X-ers and Millennials
View more

BISMARCK, N.D. — George Sinner, the farmer-philosopher who served as North Dakota's governor during one of the state's roughest economic times, has died. He was...