Can People with Death Anxiety Be Death Positive? 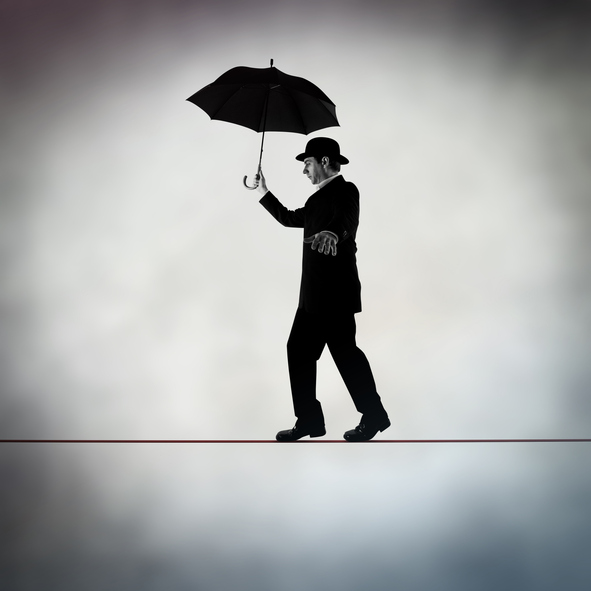 Though it's an emotional balancing act, it is possible to philosophically support the death positivity movement, while facing a personal fear of death. (Getty Images)

Part of the human experience is the knowledge that everyone will, at some point, die. Though there are individuals who fully come to terms with this part of the human condition, most people have some anxiety about what will happen when they die. It's a perfectly normal part of living - and these feelings may never fully dissipate.


Like all common anxieties, the most extreme versions of a fear of death affects sufferers in ways that can be debilitating. Serious death anxiety is referred to as thanatophobia.


Perhaps because the fear of death is so commonplace, thanatophobia is usually diagnosed as part of general anxiety disorder, and is unrecognized as a disorder on its own. Symptoms of general anxiety can include panic attacks, sweating, dizziness, rapid heartbeat and nausea, among others. When a person's anxiety revolves around death, their symptoms may also include:


It's important to remember that experiencing any one of these symptoms does not mean a person has thanatophobia. When existential dread or irrational fear of life-threatening injuries induce panic or agoraphobic behavior, it might be thanatophobia.


Interestingly, studies have shown most people first experience death anxiety in their early 20s, though younger children can develop this fear as well. Thanatophobia is worse in middle age, and usually wanes by the time a person reaches retirement age (over 65). This data was partially corroborated in a recent consumer study by Beyond the Dash, in which older respondents were shown to be most accepting of planning their own funeral arrangements.


The Order of the Good Death does a good job of explaining death positive principles in greater detail. One of the most challenging points in the Order's list of intentions says, "I believe that the dead body is not dangerous, and that everyone should be empowered (should they wish to be) to be involved in care for their own dead."


For those with thanatophobia (and even those without), this can be a distressing point in a list that otherwise might mostly sound like common sense. Who would want to handle a dead body? Can people who fear death consider themselves death positive?


If you are suffering from thanatophobia, there are options for overcoming a persistent fear of death:

There are many counselors who are specifically trained to assist with phobias, and death is a fairly common one. Working through this fear in counseling requires a large personal investment in exploring your past experiences and relationship with death.

People tend to accept death as they age. While there is no guarantee that you will feel comfortable with death by the time you reach your golden years, this tends to be the case. Experiencing the loss of friends and family throughout the years may help you understand and reconcile with the cycle of life. It's okay if this takes time.

Sometimes fear of death has to do with fear of being forgotten. Many people worry about accomplishing certain things before they die. When they think about death, the weight of missed opportunities and incomplete goals can make the life they've lived seem meaningless. Life is not meaningless. When you read the obituaries of even ordinary people, you can see how meaningful each life is. Remembering and celebrating people who have passed away can help you feel secure in your own life accomplishments and your own ultimate demise.

Focus on the parts of your life that you can control and you may notice your fear of death begin to fade. Worrying about death is discomfort about not existing, being powerless, experiencing pain and "ending." Engaging in life affirming activities can help regain the sense of power and autonomy that you fear losing.

There are many things in life that are completely out of your control. Death is one thing that no person can control. It's okay if you aren't totally reconciled with your own death. Some people find that simply accepting no control over the matter of death helps ward off anxiety.


Death can be frightening, but ultimately, is a natural part of life for all. Death positivity seeks to eliminate the culture of shame, silence and fear surrounding death, more so than encouraging individuals to change their personal relationship with death. To be death positive, an individual needs to be curious about death, and believe that openness about it (even honest admissions of fear) is the path to greater acceptance. For some, becoming death positive is a lifelong pursuit that is frequently challenged and shaped by experience, not an end goal.


However, it's clear that for some people death positivity might lose out against thanatophobia. If someone is suffering panic attacks from death-related thoughts and fears, it may be a more difficult journey to death positivity.

The "&#%!@?!" stage
See all
Your loved one had a remarkable life. Tell their story, and we’ll publish it online for free.